Indiana rolls past Nebraska to advance in Big Ten Tournament 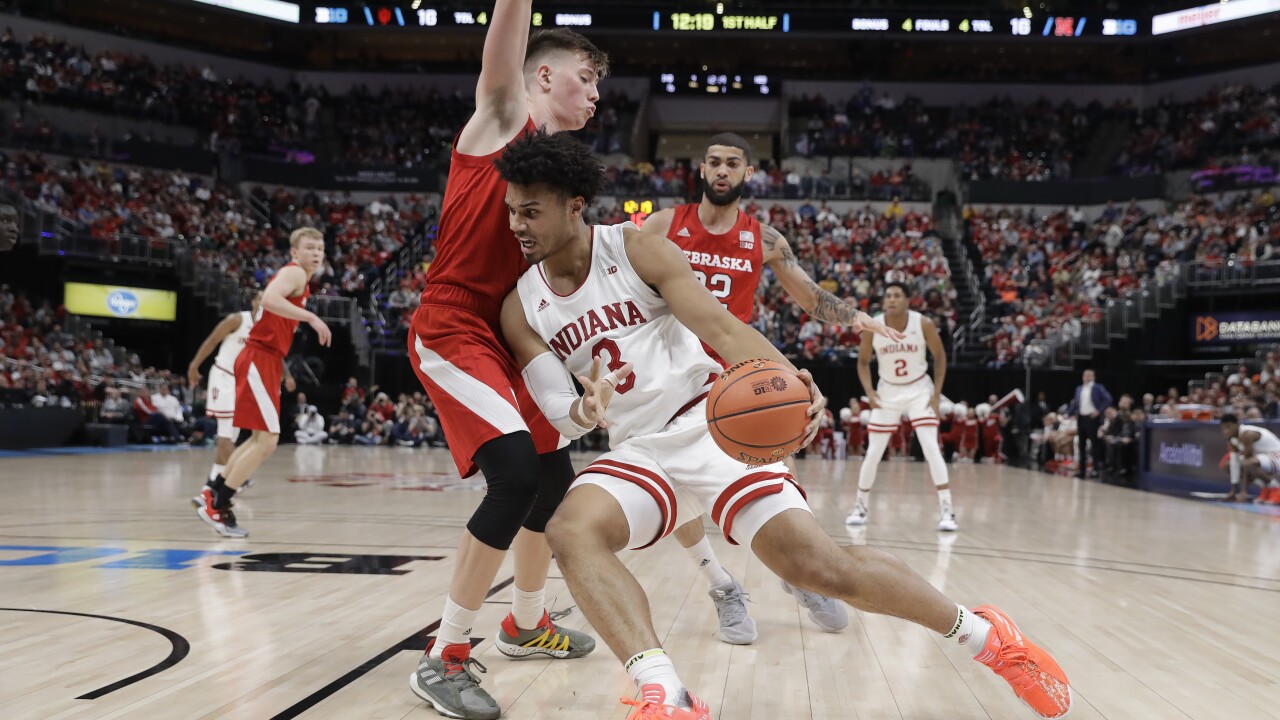 Darron Cummings/AP
Indiana's Justin Smith (3) goes to the basket against Nebraska's Thorir Thorbjarnarson (34) during the first half of an NCAA college basketball game at the Big Ten Conference tournament, Wednesday, March 11, 2020, in Indianapolis. (AP Photo/Darron Cummings)

INDIANAPOLIS — In the last Big Ten Men's Tournament game to be played before an arena full of fans, Indiana gave its faithful something to remember. The Hoosiers clobbered Nebraska 89-64 and will play Penn State in a second-round game Thursday night.

That game will be contested in a mostly empty Bankers Life Fieldhouse after the Big Ten announced Wednesday evening that fans would be banned from the 11 remaining conference tournament games due to coronavirus concerns.

It took some time for the Hoosiers to get going against Nebraska. The Huskers led by six points with just over four minutes to play in the first half. Indiana closed out the half with a 16-1 run for a 9 point lead, then went up by as many as 25 in the second half.

Indiana had five players in double figures, led Armann Franklin who came off the bench with 13 points.