Ed Jones crashes in Lap 58, out of the race 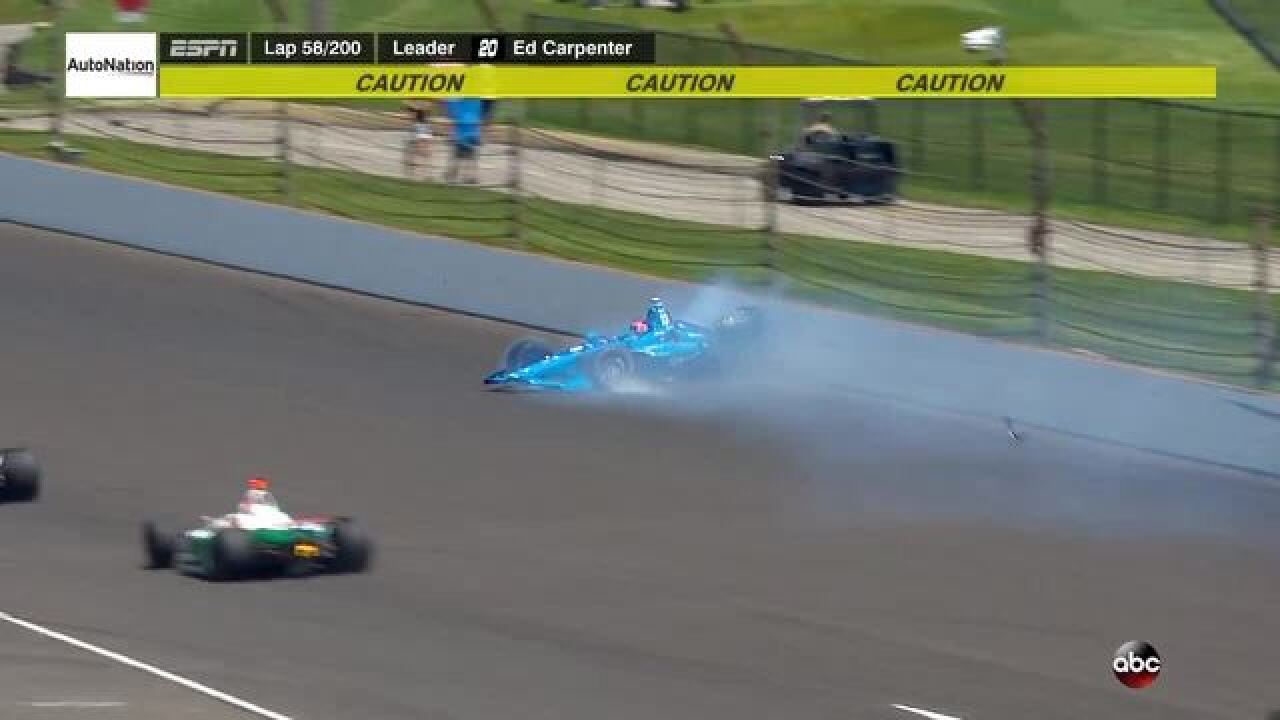 Copyright 2018 Scripps Media, Inc. All rights reserved. This material may not be published, broadcast, rewritten, or redistributed.
<p>Ed Jones hits the wall in Lap 58</p>

INDIANAPOLIS --- Shortly after a crash took last year's Indy 500 winner Takuma Sato out of the race, the yellow flag went out again.

This time Ed Jones hit the wall in Lap 58.

He has been taken to IU Methodist after complaining of neck pain.

🎥 REPLAY: @Edjonesracing has been checked in the infield hospital.🏥 He is alert, but is experiencing head and neck pain.

NTT Data driver @Edjonesracing may be done for this #Indy500, but his team is already hard at work on getting his car back in racing shape. pic.twitter.com/RzeIpTZSlk