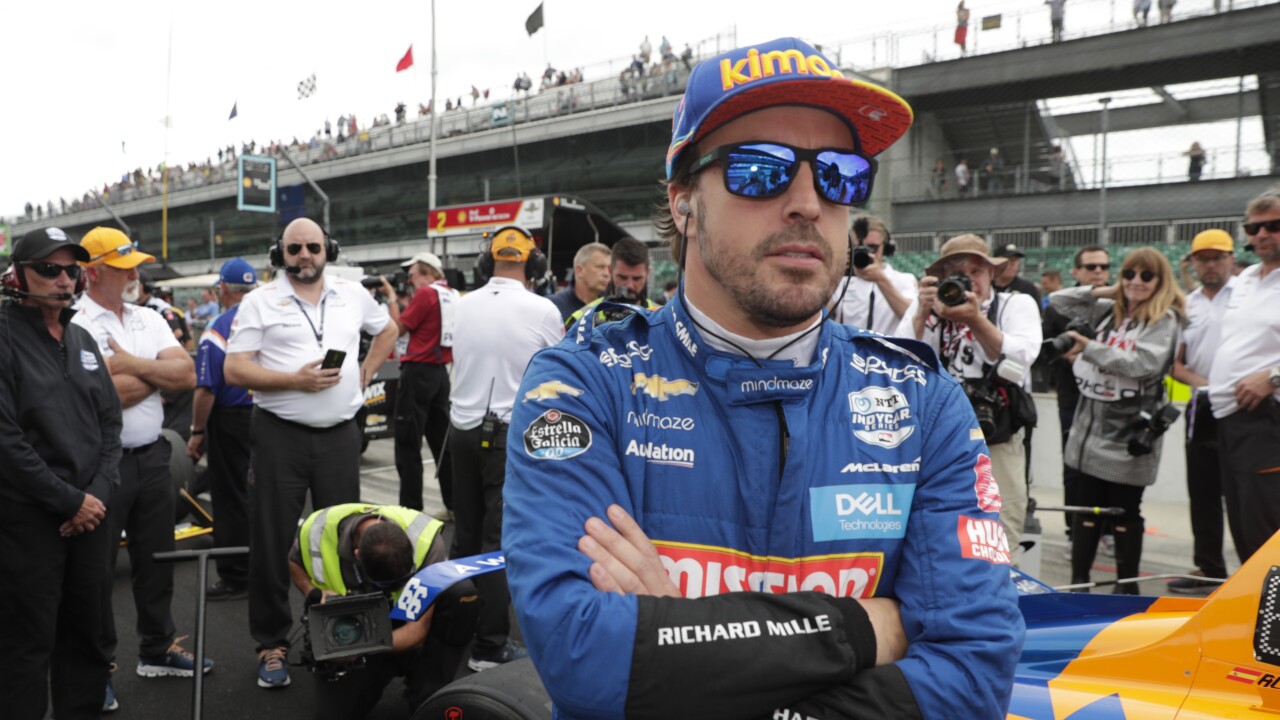 Michael Conroy/AP
Fernando Alonso, of Spain, prepares to drive during qualifications for the Indianapolis 500 IndyCar auto race at Indianapolis Motor Speedway, Sunday, May 19, 2019 in Indianapolis. Alonzo failed to make the field for the race. (AP Photo/Michael Conroy)

INDIANAPOLIS — Fernando Alonso will join forces with Arrow McLaren SP and title partner Ruoff Mortgage to compete in this year's Indianapolis 500, the team announced on Tuesday.

The Spanish driver joins Arrow McLaren SP drivers Oliver Askew and Pato O'Ward as the team will field three drivers in the 104th running of the iconic race.

"I am a racer and the Indy 500 is the greatest race in the world. I love the incredible fans who make it so special for all of us drivers and make me want to come back," Alonso said. "I have maximum respect for this race and everyone who competes in it and all I want to do is race against them and give my best, as always."

Sam Schmidt, co-owner of Arrow McLaren SP, said adding Alonso brings a level of experience and expertise that will benefit their other two drivers, Askew and O'Ward.

"We have fast cars at Indy and fully believe he has the talent to run at the front, not just participate," Schmidt said. "That, combined with Chevy power and the experience of the team, will make this trio of drivers one of the strongest in the field."