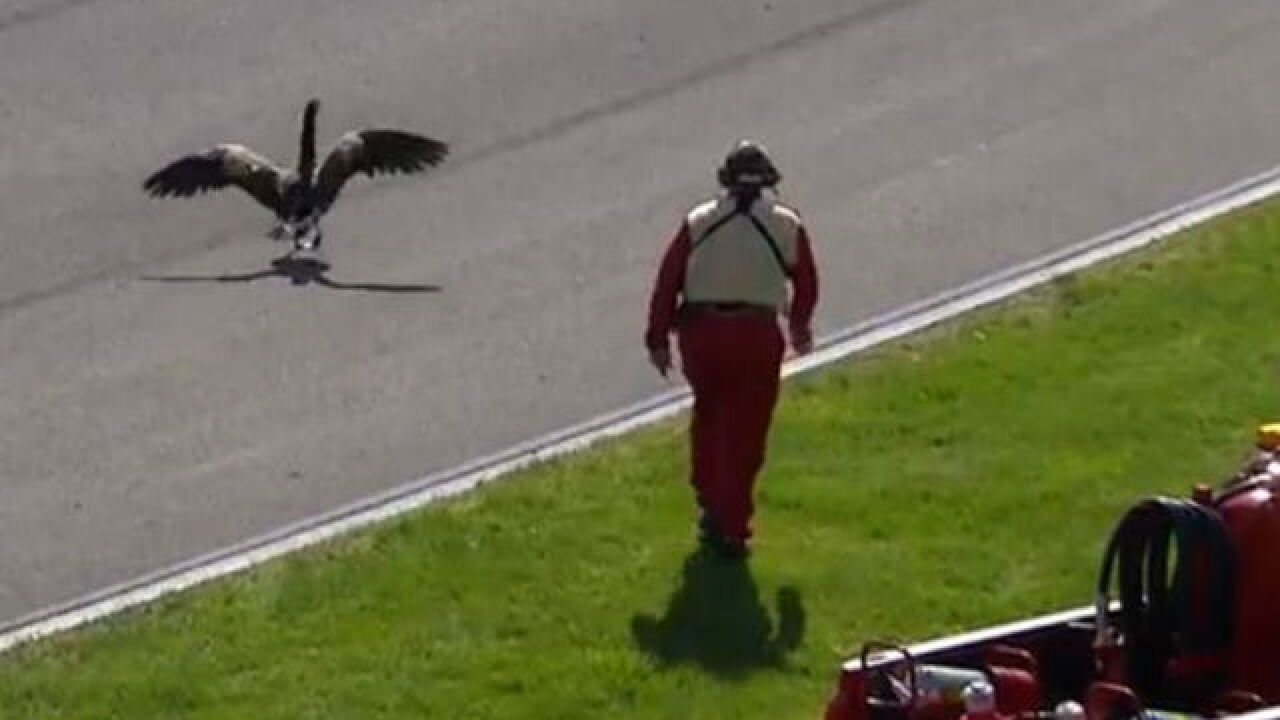 SPEEDWAY, Ind. -- A normally smooth, event-free day of open testing at Indianapolis Motor Speedway Tuesday morning was rudely interrupted by a goose on the track.

About 20 minutes into open testing for rookie orientation and refreshers, a yellow flag was waved as a goose had made its way onto the track. The reason was "debris on the track," but officials probably waved the flag to avoid debris on the track, the IndyCar announcers joked at the time.

An IMS maintenance crew member drove to the goose and shooed it away, clearing the track for the cars and possibly saving the bird's life.