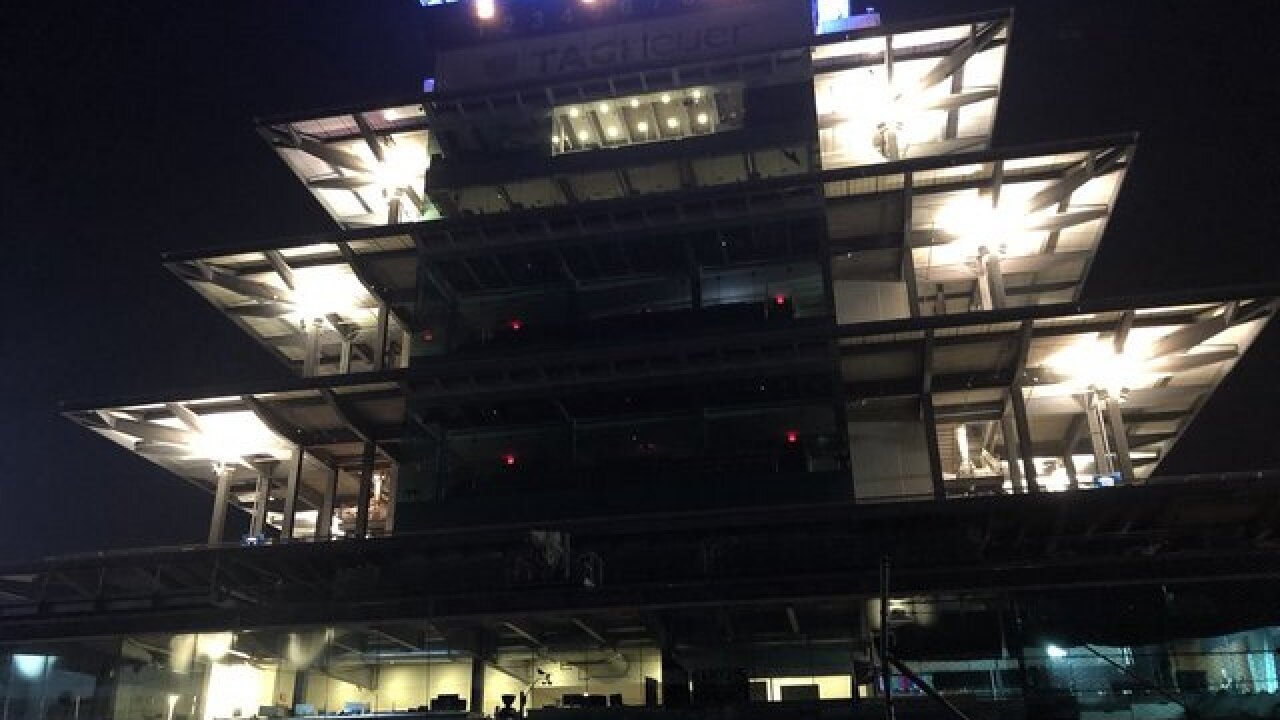 INDIANAPOLIS -- If you've never been to the Indianapolis 500, it's hard to really fully understand the experience.  We take lots of photos and video to bring the experience to you.

We'll start with the sun rising on the 102nd running of the Indianapolis 500.

Fans were lined up at 3 a.m. Sunday to get into the Indianapolis Motor Speedway. The gates didn't even open until 6 a.m.

At 6 a.m., as it does every year, a cannon fired... signaling the fact that the speedway gates were open. Cars came flooding in.

Drinking games are always a big hit, especially in the parking lots and infield.

Then, the gates to the Snake Pit opened. That's the place where people party and don't even know there's a race going on.

We challenged several groups to show us their best dance moves

Back inside the track, the parade of bands had begun in the oval.

The Gordon Pipers escorted the Borg-Warner Trophy from the IMS Museum of the yard of bricks.

The race started clean, with no crashes, just before 12:30

But, that wasn't the case during the race. Seven crashes in 200 laps.

In the end, Will Power came out the winner of the 102nd Indianapolis 500.