INDY 500: What you need to know before heading to the track 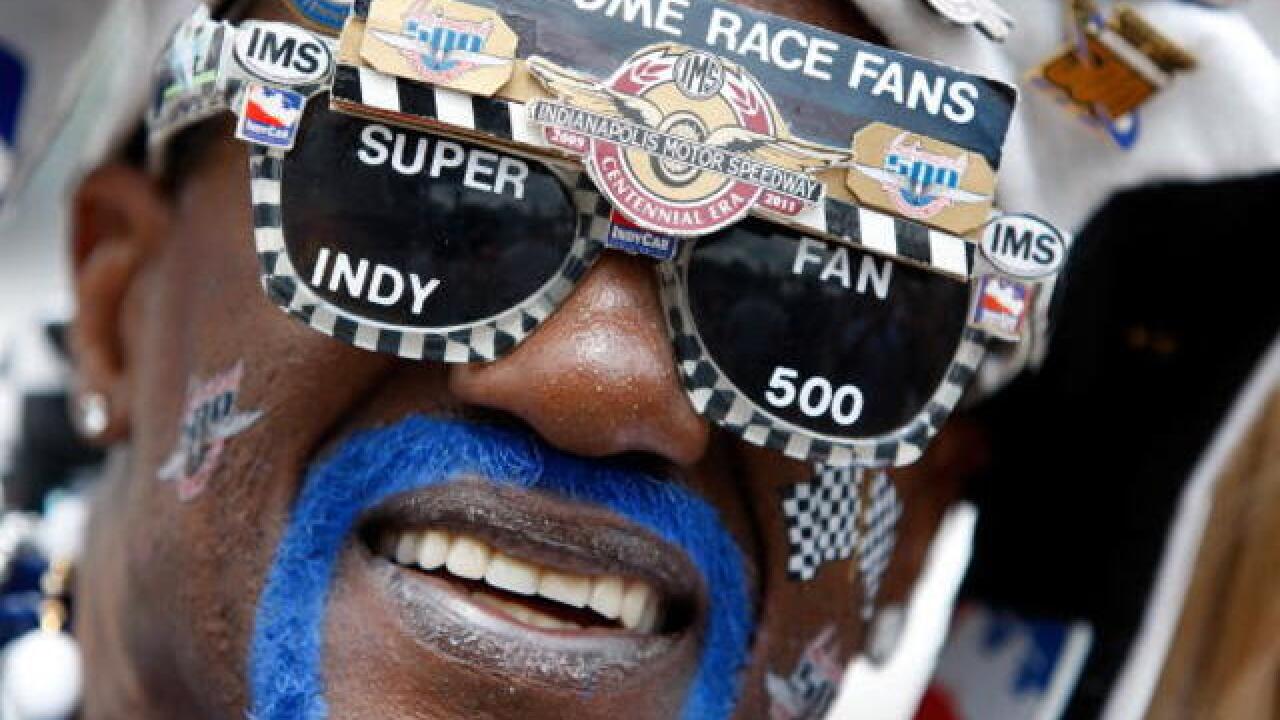 Copyright 2018 Scripps Media, Inc. All rights reserved. This material may not be published, broadcast, rewritten, or redistributed.
Jamie Squire
<p>INDIANAPOLIS - MAY 22: A race fan watches the action during Miller Lite Carb Day practice for the IRL IndyCar Series 93rd running of the Indianapolis 500 on May 22, 2009 at the Indianapolis Motor Speedway in Indianapolis, Indiana. (Photo by Jamie Squire/Getty Images)</p>

INDIANAPOLIS -- Plan ahead. Arrive early. Hydrate. That's what the folks at the Indianapolis Motor Speedway want you to think about as you head to the track and enjoy the 102nd running of the Indianapolis 500.

"Last year's attendance was the best attendance we've had in over a decade at the Indianapolis 500 by a significant number, except for the 100th Running (in 2016). This year we are tracking to be significantly higher than last year. This will be another one of those amazing Indianapolis 500 crowds," said IMS President Doug Boles.

There is a Plan Ahead section on the IMS website that includes directions, parking, track map, schedule, camping, gate regulations, tickets, ADA accessibility and much more.

It's expected to be hot and humid on Sunday, so make sure you hydrate before you arrive at the track and continue to drink water when you're there. You can bring a cooler no larger than 18" x 14" x 14", Remember that no glass bottles are allowed. One cooler and one standard backpack or book bag will be allowed per person.

Five cooling buses will be stationed around IMS on race day, with two near the IU Health Emergency Medical Center in the infield, one near the Snake Pit presented by Coors Light concert venue inside Turn 3 and one outside of Turn 4. In addition, there are about 75 misting stations around the track to help you beat the heat.

The Borg-Warner Trophy will begin to head to the Yard of Bricks at 8 a.m. from the IMS Museum. You can line up outside the west side of the Museum for a chance to see the trophy - escorted by the Indianapolis 500 Gordon Pipers - begin its journey to Victory Podium.

Many celebrities, including Kelly Clarkson and Chris Hemsworth, will walk the IMS Red Carpet, located just north of Pagoda Plaza, from 9:30-10:30 a.m.

ROAD CLOSURES: The Speedway Police Department will close Georgetown Road and 16th Street to all vehicles during the race.

Georgetown Road will be closed south of 25th Street beginning at 7 a.m. After Georgetown Road is closed, no vehicles, including placarded traffic, will be allowed. Race patrons with pre-paid parking passes who are accustomed to entering IMS Gate 7 must enter through Gate 2 (W. 16th Street) or Gate 10 (30th Street).

Upon completion of the race, Georgetown Road will remain closed to vehicle until the majority of race pedestrian foot traffic clears from the roadway (approximately one hour after the race).

In addition, 16th Street will be closed between Olin Avenue on the east to the 16th Street roundabout on the west from approximately noon until the race ends. 16th Street will not be accessible from Polco Street, as it will be blocked at 10th Street.

LEAVING THE RACE: You are encouraged to remember to be patient when leaving IMS after the race. There's no need to rush to your car, as parking lots are held until law enforcement deems the roads safe for vehicular traffic. This process takes slightly more time but keeps everyone safer when heading home.

One other note: Smoking (including cigarettes, electronic cigarettes and vapes) is not permitted in any IMS grandstands. If you smoke, you will be asked to do so 20 feet away from buildings and seating entrances. Smoking will continue to be allowed in the IMS infield.