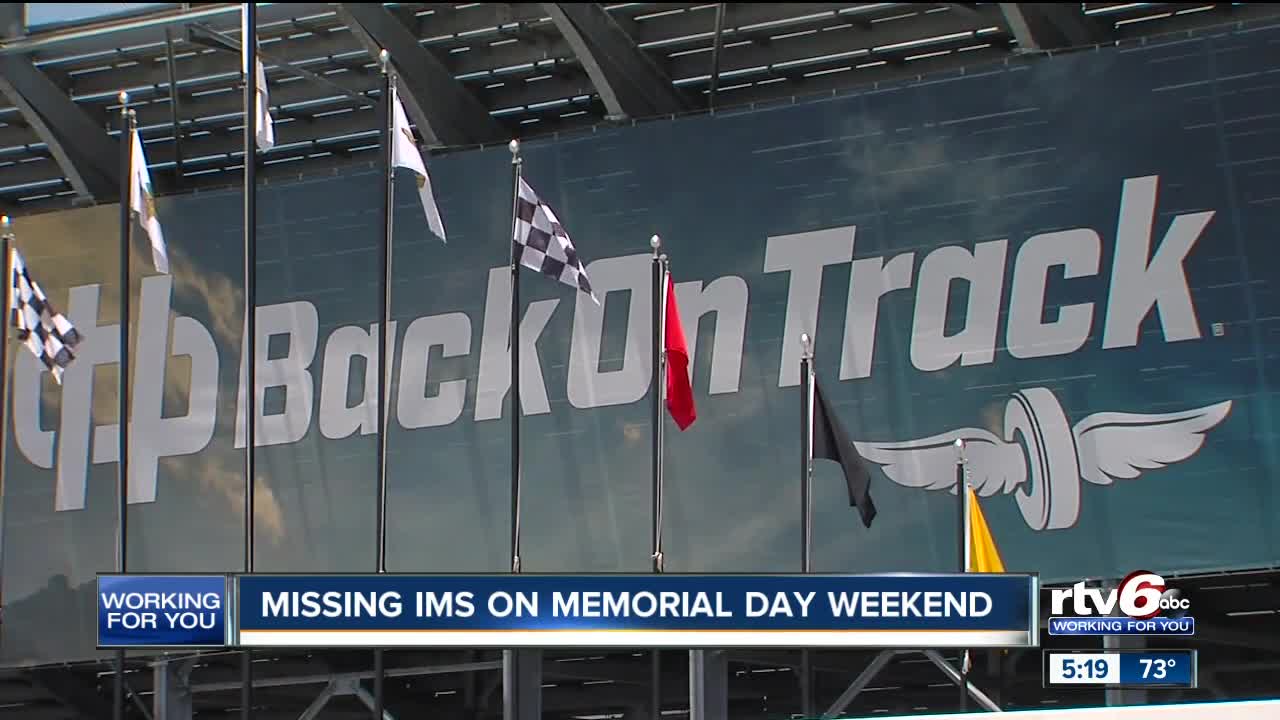 INDIANAPOLIS — The gates are closed. The stands are empty. The yard of bricks still look pretty good.

This is not your usual Friday of Memorial Day weekend at the Indianapolis Motor Speedway.

Odd for fans, certainly, but imagine being a driver. The last two champions of the Indy 500 did something that a lot of us have been doing the last two months — they hopped on Zoom.

Both are inspired by a couple things — the fact the IndyCar series will be at Texas Motor Speedway in two weeks and the Indy 500 is still coming this August.

How does it feel to be sitting at home on Carb Day?

Simon Pagenaud found himself thinking about the things he should have been doing this week.

"It really hit me on qualifying weekend. I was missing something very dear to my heart," Pagenaud said. "It's that feeling of putting everything on the line to go get pole position. It's just the best feeling in racing."

"Absolutely looking forward to getting back in that car to get things rolling because we've seen NASCAR do it," Power said. "And once IndyCar does it and as soon as some of these other major sports do it I think people will see, "Oh, ok, it's safe to go out." Once they add fans and things will get rolling real quick."

The idea is that Gasoline Alley will be filling up before you know it. If you're counting at home, just 43 days away from the first racing event at the speedway — the GMR IndyCar Grand Prix then the Xfinity Series race on July 4 and the Brickyard 400 on July 5.

The sign out front says, 'Back on Track,' and race cars will be, very soon, at the speedway.