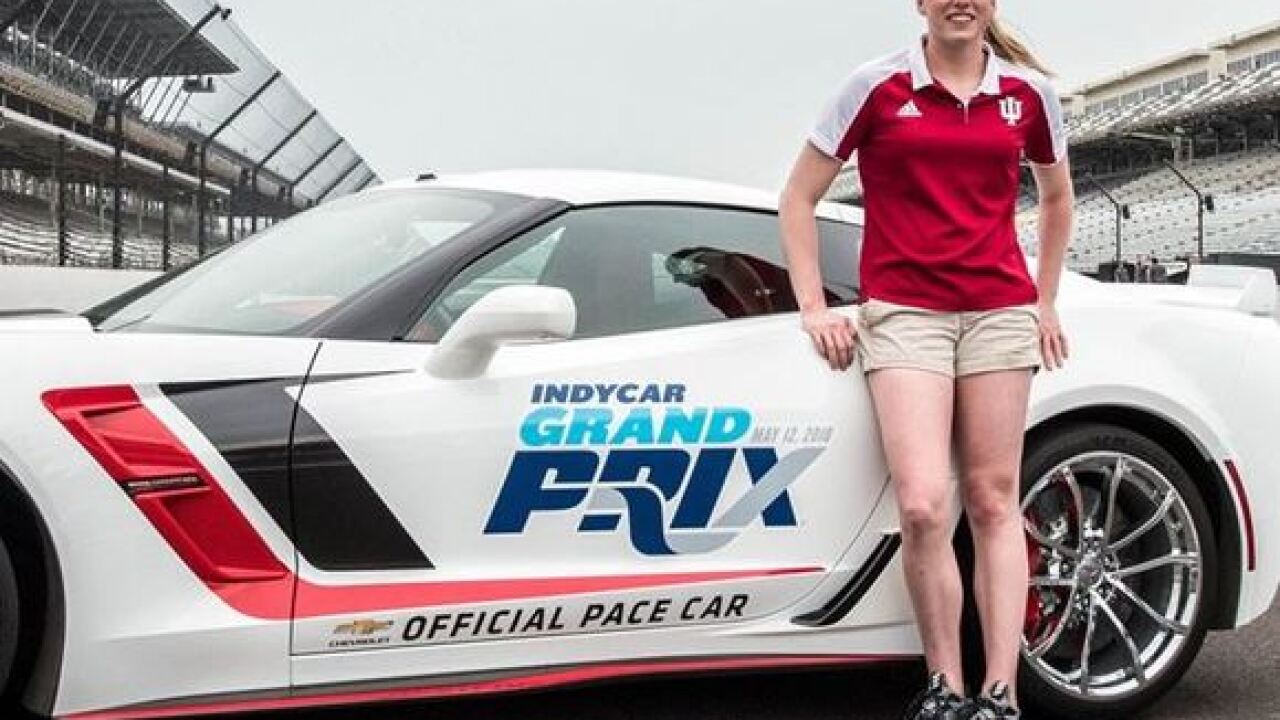 Copyright 2018 Scripps Media, Inc. All rights reserved. This material may not be published, broadcast, rewritten, or redistributed.
Indianapolis Motor Speedway

King grew up in Evansville, Indiana, and has been a star swimmer at Indiana University. She won the 100-meter breaststroke and was part of the winning 400-meter medley relay team at the Rio Olympics in 2016. She also holds world records in the 50 and 100 breaststroke.

King will lead the starting field down the front straightaway for Saturday’s race on the 2.439-mile, 14-turn road course at Indianapolis Motor Speedway.

She will be driving a Chevrolet Corvette Grand Sport.

We're handing over they keys to the 2018 #INDYCARGP Pace Car to Olympic Gold Medalist @_king_lil!

See her lead the field on May 1⃣2⃣.