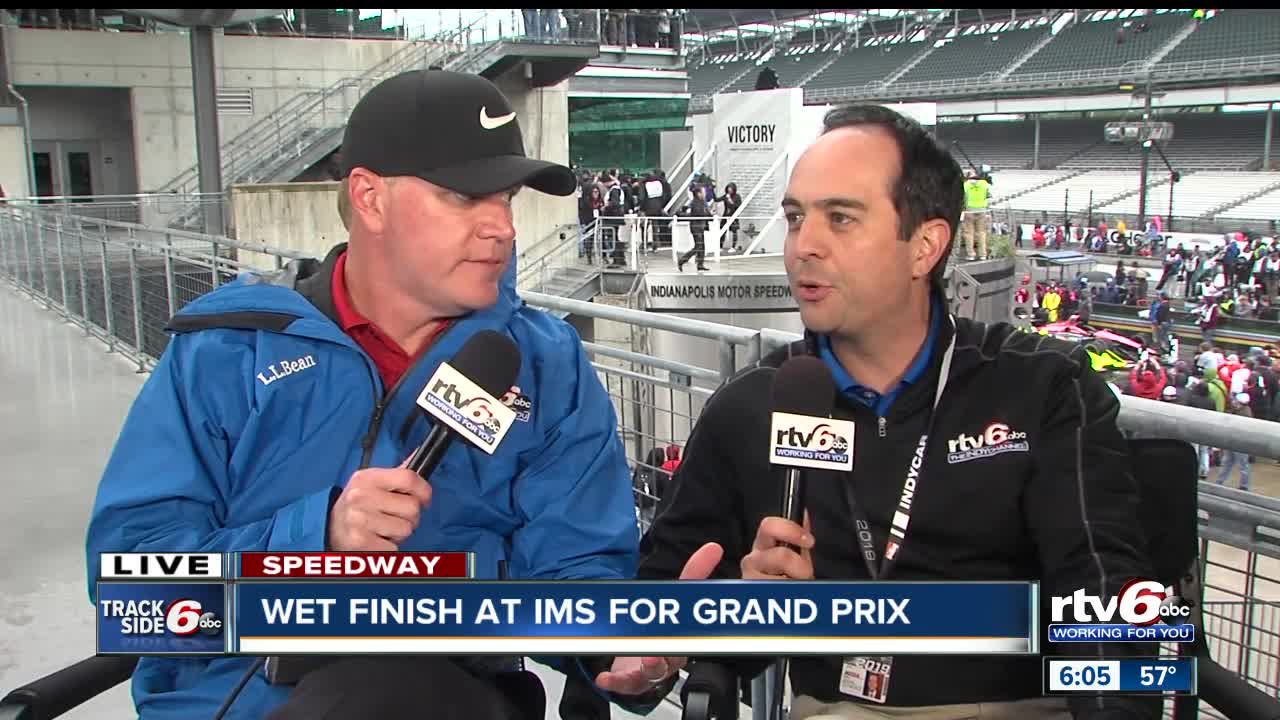 Simon Pagenaud passed five-time series champ Scott Dixon on the second-to-last lap Sunday and pulled away for his third IndyCar Grand Prix victory as rooster tails from the wet track flew behind him as he crossed the famed yard of bricks. 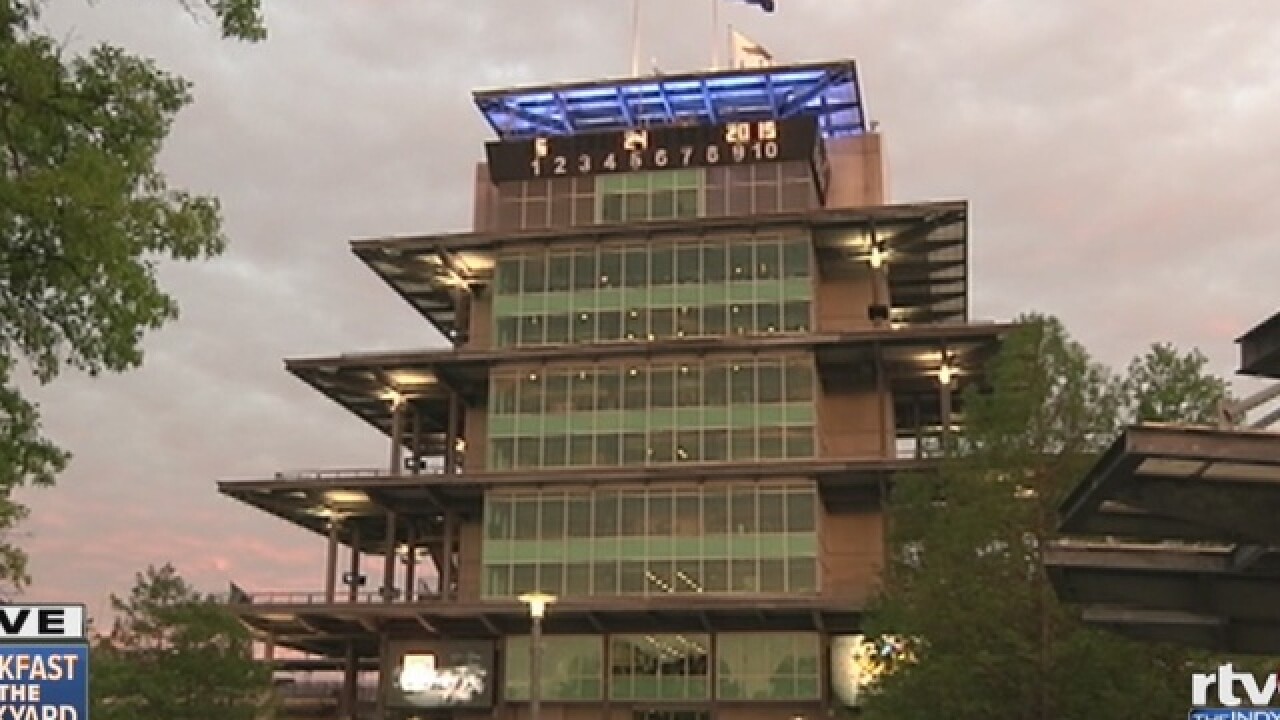 INDIANAPOLIS (AP) — The Latest on the IndyCar Grand Prix at Indianapolis Motor Speedway (all times local):

Simon Pagenaud passed five-time series champ Scott Dixon on the second-to-last lap Sunday and pulled away for his third IndyCar Grand Prix victory as rooster tails from the wet track flew behind him as he crossed the famed yard of bricks.

The Frenchman won for the first time since the 2017 season finale at Sonoma, finishing 2.0469 seconds ahead of Dixon.

Dixon led most of the second half of the race but Pagenaud made an inside move on the second turn of Lap 84, bumped wheels with Dixon in the third turn and sped away through the fourth.

Jack Harvey finished third for Meyer Shank Racing. He had a career-best finish in his first race in the rain, which forced all 24 drivers to change to rain tires over the final 20 laps.

Pagenaud called his 12th career IndyCar win the sweetest of his career.

Dixon has finished second three times this season. It also is his third straight second-place finish in this race.

Alexander Rossi went four laps down at the start of the race when rookie Patricio O’Ward, of Mexico, ran into him as the green flag waved.

Rossi’s teammate, Ryan Hunter-Reay, then was hit by James Hinchcliffe in the first turn on a restart on Lap 16. Hinchcliffe was assessed a drive-through penalty.

Just ahead of Hunter-Reay, in the same turn, American rookie Colton Herta was spun by Jack Harvey. Herta dropped to 21st and then pulled into the pits after completing just 15 laps.

Swedish rookie Marcus Ericsson has been knocked out of the race with a broken rear suspension after his car spun in the 14th turn and skidded across the grass, the oval track and into the concrete wall.
___

Following a steward’s review, rookie Patricio O’Ward was assessed a drive-through penalty for avoidable contact in the front straightaway. Rossi, the 2016 Indianapolis 500 winner and the winner of IndyCar’s most recent race, on April 14 in Long Beach, was forced to return to the pits.

He started the day second in the points chase.

It was another setback for Michael Andretti’s four-car team, which struggled in qualifying Friday.

Drivers faced another obstacle when rain started falling on the 2.439-mile, 14-turn road course just before Hulman & Co. chairman of the board Tony Hulman gave the starting command for Saturday’s race.

Rookie Felix Rosenqvist of Sweden started from the pole and led the first four laps — the first laps he led since the season opener at St. Petersburg.
___

Pole winner Felix Rosenqvist finished eighth with a time of 1:10.1267. The Swedish driver is the first rookie to win a pole this season and will start next to his Chip Ganassi Racing teammate, Dixon of New Zealand, on the front row of the 24-car starting grid.

Andretti Autosport fared much better than it did on Friday, when none of its four drivers qualified in the top 15. On Saturday, all four drivers posted laps in the top 12, with Marco Andretti topping the pack in sixth at 1:10.0124.

Meanwhile, Team Penske, which has won the last four road-course races at Indy, continued to struggle. American Josef Newgarden posted the best lap in the four-car group at 1:10.0682. Defending champion Will Power was 13th at 1:10.2422. The Australian will start sixth.

The final practice was held with sunshine warming the track, but with rain in the forecast later Saturday, the track conditions could be dramatically different when the race starts.