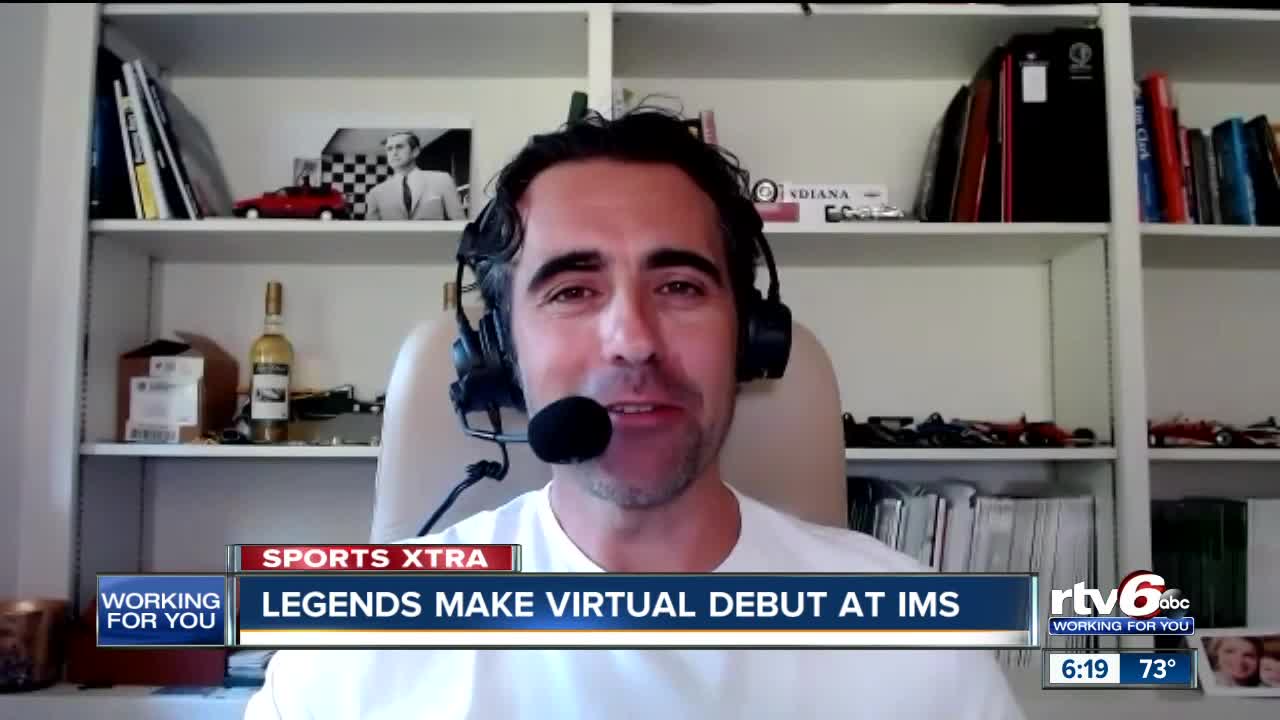 It's race weekend, but we're not at the Indianapolis Motor Speedway, but some racing legends are — virtually.

"Yeah, it's definitely the lowest pressure race I've ever done at the speedway, put it that way," Franchitti said.

It's part of the virtual Torque Esports global series which has brought together the likes of so many legends, including Mario, who will make his virtual debut and has already been practicing using a likeness of his 1994 Lola.

"I mean Emerson has been there since day one having a great time and then Mario's come along," Franchitti said. "It's like, 'Wow!' What I would've given to race against those two guys in the real world. This is the next best thing. The only way it's going to happen these days."

It's been nearly seven years now since Franchitti retired from IndyCar racing, leaving as a three-time Indy champion. He's still very much involved, under contract as a consultant for Chip Ganassi Racing. Taking part in the Torque Esports series scratches an itch.

"For me — the competition," Franchitti said. "I've enjoyed just to have some fun and not taking it too seriously."

Something everyone could use in these times.

From a driver to the brand-new IndyCar owner, Roger Penske.

"I bet Roger isn't thankful right now that he bought the series and the speedway just when he did," Franchitti said.

But, if anyone's going to lead the group through this it's Penske.

"Exactly right," Franchitti said. "Roger is a guy you want, no pun intended, you want captaining the ship. He's used to dealing with such a large organization."

So, it's Memorial Day weekend and there'll still be some racing. Two in fact at high noon on ESPN.

"I think finishing would be a start," Franchitti said of expectations. "You know I want to win. It's the speedway. I want to win anytime I can, even if it's virtual."

At last check it's still the month of May.