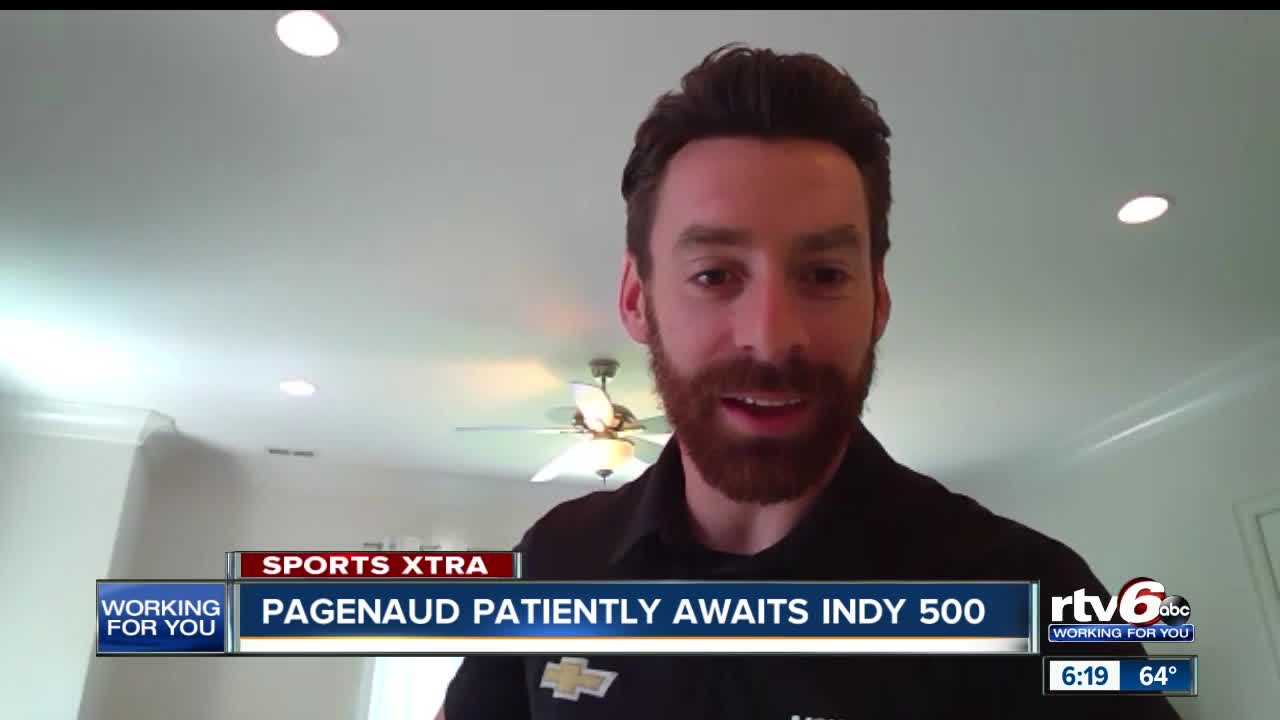 INDIANAPOLIS — So, it's finally May. But one look around the Indianapolis Motor Speedway and it definitely feels anything but.

Tired of killing time until the rescheduled August date? You're not the only one.

It's not just Pagenaud. Teammate Josef Newgarden has been rocking the mustache. As has fellow teammate Will Power in various forms until his wife, Liz, helped shave it off.

"I think if Liz didn't do it I would've done it but I can't get to his house," Pagenaud said. "Will's was something else for sure."

The long and short of this new reality has also taken IndyCar into the virtual world racing on the internet. Simon has done so by involving his longtime race engineer Ben Bretzman.

"A lot about racing has been about communication and we've been able to keep that open with Ben Bretzman, our engineer, since he's been my spotter on iRacing," Pagenaud said. "I think we actually, we're like in the middle of the season right now. We're not at the beginning of it. We don't feel rusty. We actually feel very sharp."

It has paid off in this virtual world with Simon still winning races.

"It's been fun to compete against my fellow competitors but best has been to beat them," Pagenaud said. "I know a lot of them are done with iRacing but I'm ok if we keep going. It's going really well for me right now."

In these times, it seems like a lifetime since Simon won the biggest race in the world. He'll hang onto that defending champ title a little longer.

"August is our new May, I guess," Pagenaud said. "I'm excited no matter what. It's great news that we'll race this year at the 500. I can't wait to get to Indianapolis, guys."