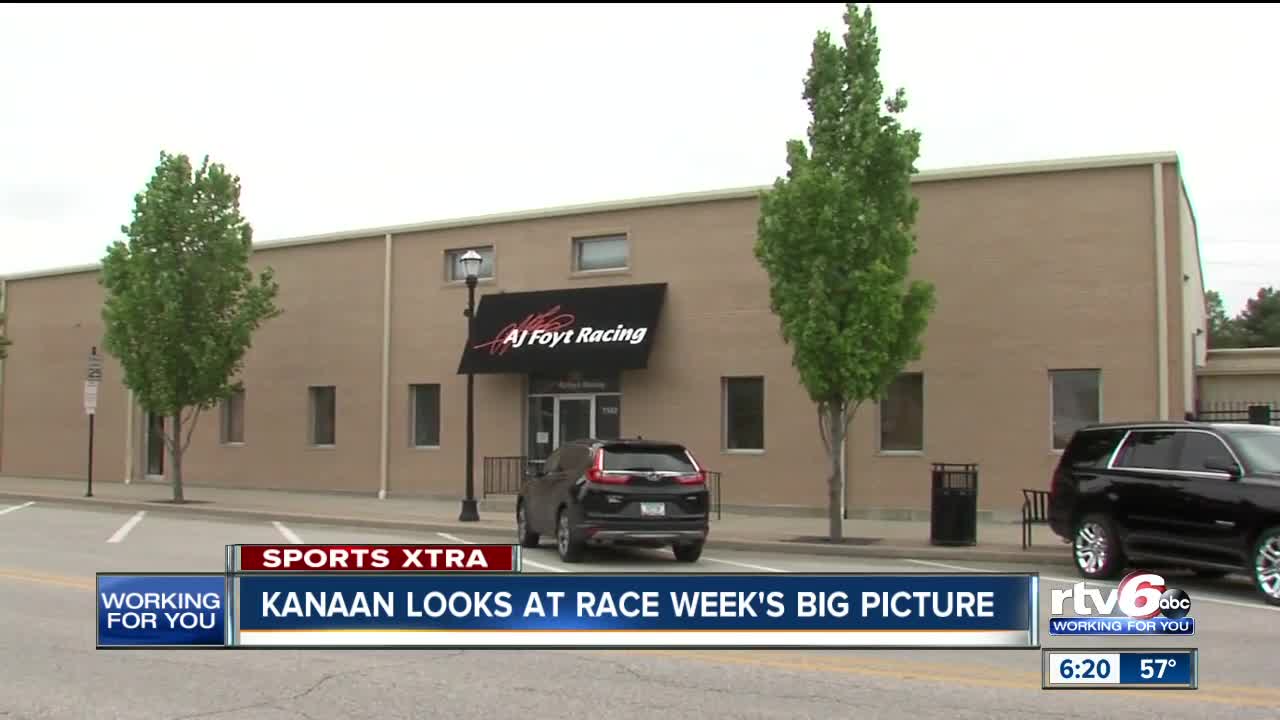 INDIANAPOLIS — This isn't the way the track was supposed to look on May 20 in the middle of race week at the world's greatest race course.

An A.J. Foyt Racing takeover during the pandemic era, including 2013 Indy champ Tony Kanaan on Facebook Live, reminiscing a bit.

"I'm not that nostalgic about what would be happening this weekend because I'm still like it's gonna happen," Kanaan said. "All these things that I'm missing, or not missing, it's gonna happen three months from now."

And that's why back in the Foyt racing shop in Speedway the work continues to get race cars ready. Turning a wrench here, placing a wrap there, all under the banner of Super Tex as the Facebook questions continued.

Kanaan is impressed by the popularity of his boss, A.J. Foyt, among older and newer generations of fans and would love to celebrate another Indy 500 victory with him.

"That would be good. It looks like the guy never lost his fan base," Kanaan said. "You can barely walk into our garages because it's packed."

There were questions about what happened just seven years ago and getting back to sip the milk a second time.

The takeover was a moment for the fans who undoubtedly can't wait to see the drivers and cars again with their own eyes. It's about getting back on track.

"I can assure you fans we are working and thinking every day how we can bring you guys back somehow, somewhere because this is what IndyCar is all about," Kanaan said.

Ultimately, it doesn't get any more real than that.