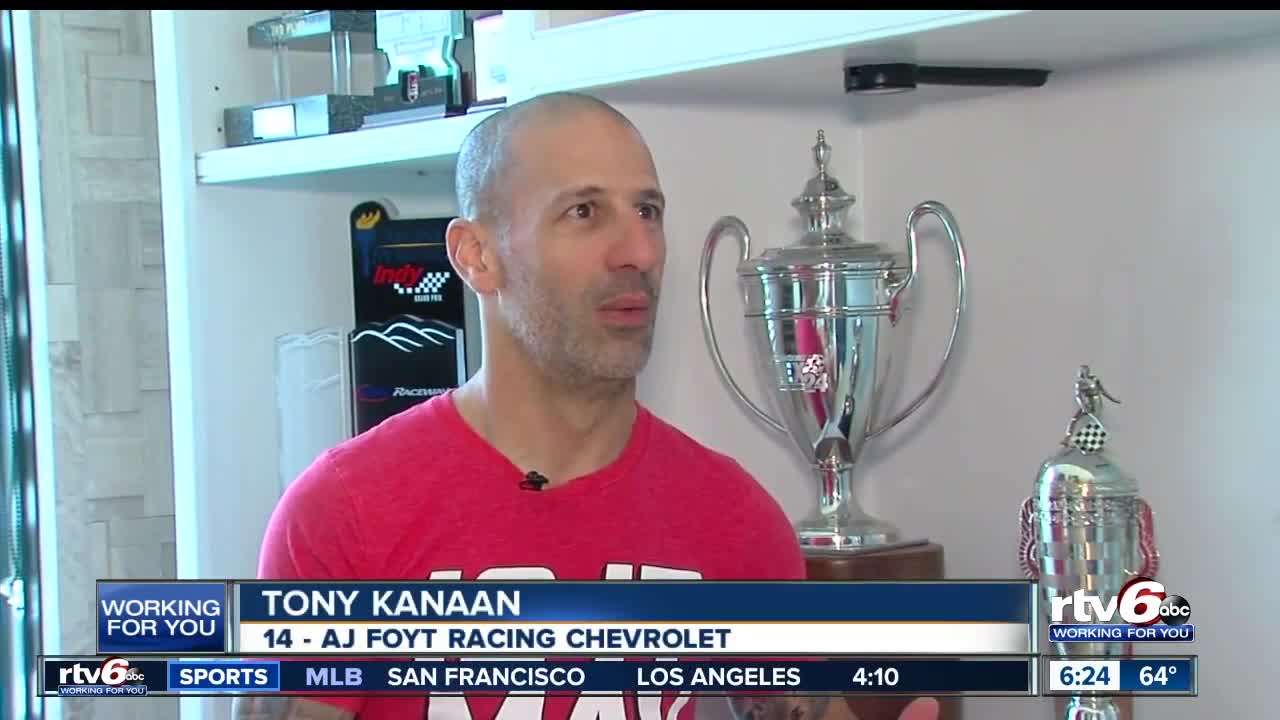 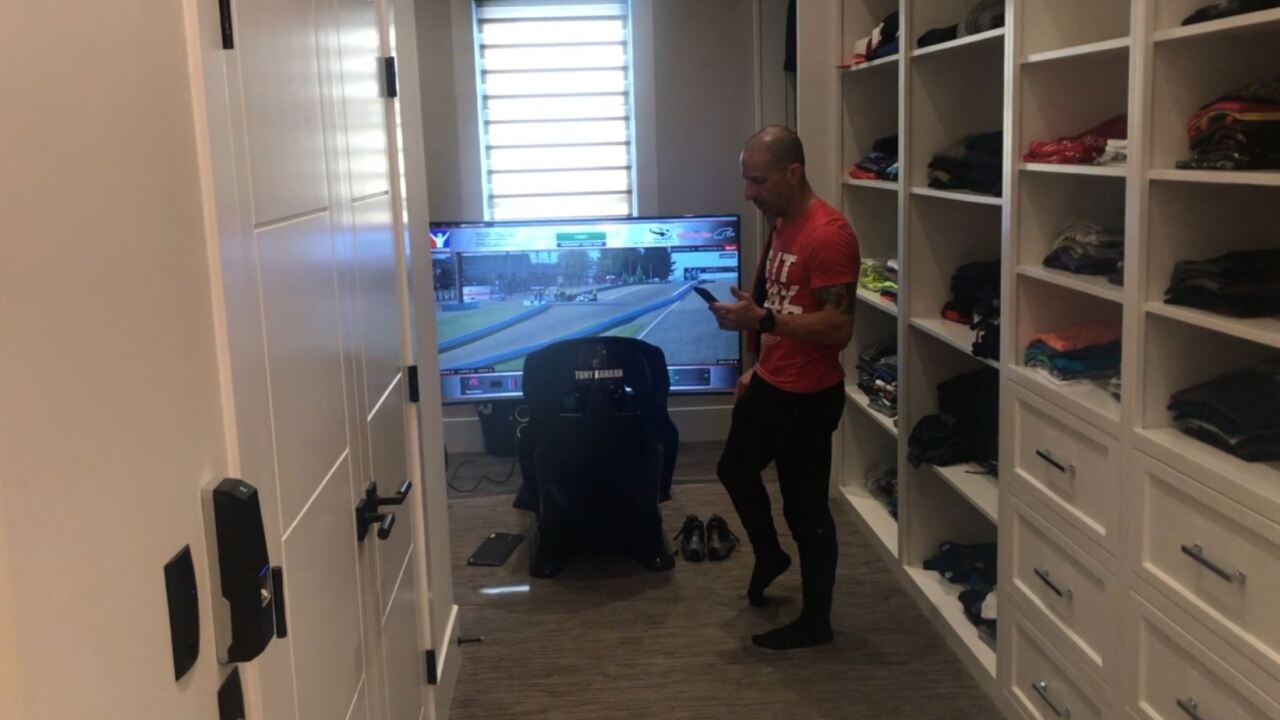 INDIANAPOLIS — Tony Kanaan won the 2013 Indy 500. All told, he's driven in 18 of them. Arguably, no one know more about how special the tradition of May is.

From his Indianapolis home, Tony Kanaan says tradition can wait under the coronavirus circumstances.

"The 500 is the single biggest day event in the world. 400,000 people in there," Kanaan said. "I'm not surprised. The whole world is facing it. I'm baffled we just didn't cancel with the Olympics and so on, but we're still going to have it. So, that's awesome."

Until then, he's doing what he can to stay race ready. Typically, we see images of Tony and every other driver in IndyCar in their race cars. But, given the times, his current race car is located just behind the shoe closet in his house.

"I can't believe I'm talking about this," Kanaan said.

When he straps on his shoes now, Kanaan is driving a simulator. It was just purchased to take part in IndyCar's iRacing event on Saturday.

"I'm biting my own tongue because I always said I would never get a sim for my house because I know myself," he said.

So, how long will he be on the sim now?

"How long I've been, you mean," Kanaan said.

The former IndyCar champ prefers to spend time with his family when he's home and he'd like to keep it that way.

Saturday's race will be shown on IndyCar.com.

"I think the most important thing it's for the fans," Kanaan said. "The sport exists because of the fans.

It's expected to have a high tune-in as Kanaan and 24 other drivers will compete in this virtual world, the first of a six-event schedule.

One day soon, it'll be the real thing.

"I always take a positive spinon things," Kanaan said. "To me, there's more time at home, we will be different. Each one of us will be very different."