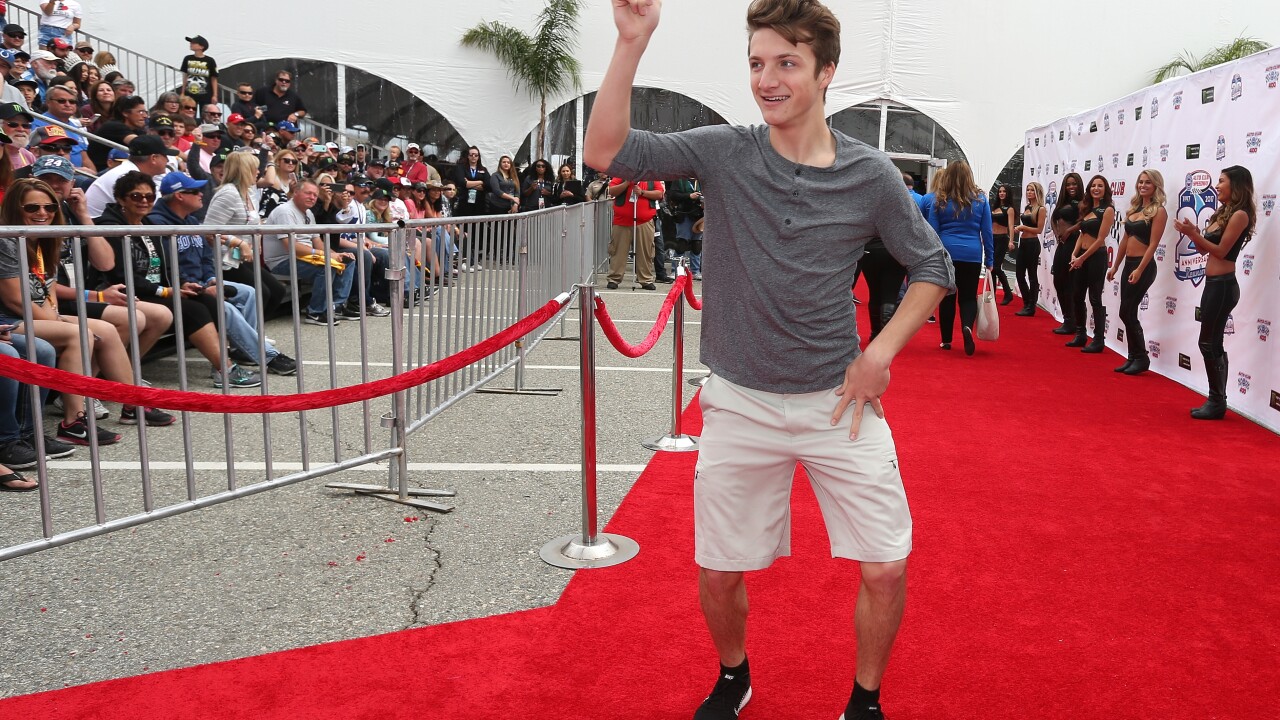 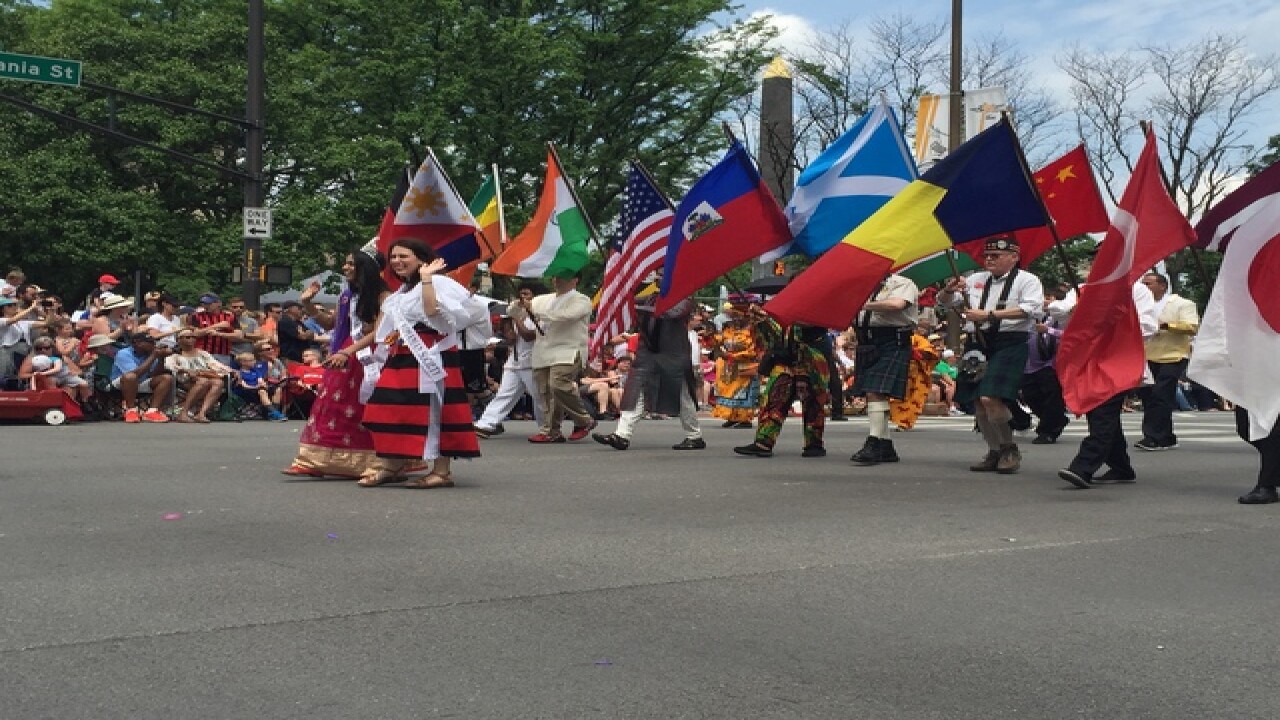 INDIANAPOLIS — The 500 Festival has released the first of their star-studded lineup for the 2019 parade.

The 63rd IPL 500 Festival Parade is scheduled for Saturday, May 25.

Sam Schmidt - Grand Marshal: Sam Schmidt is the co-owner of Arrow Schmidt Peterson Motorsports. He was an IndyCar driver when he sustained a C-3/4/5 spinal cord injury while practicing for the 2000 season opener at Walt Disney World Speedway. He’s since created Conquer Paralysis Now, a leading authority on spinal cord injury research and treatment. They are backed by an international coalition of doctors, research scientists and business leaders who share a singular goal: Finding a cure for paralysis. While he lost the use of his limbs, Schmidt never lost his will or his passion for racing. In 2013, Schmidt partnered with Arrow Electronics to make his dream to drive again a reality. A team of engineers and medical researchers modified a car to be safely driven by Sam’s head movement. On May 18, 2014, Sam took the Semi-Autonomous Motor Car (SAM Car) to the Indianapolis Motor Speedway where he drove for the first time since his accident, reaching 97 MPH. Schmidt will drive the SAM Car in this year’s IPL 500 Festival Parade, marking the first time in the event’s history that the Grand Marshal has driven themselves along the route.

Marc Summers: Indianapolis native Marc Summers is a television personality, comedian, game show host, producer, and talk show host. He is currently Executive Producer and co-host of Nickelodeon’s Double Dare, a revival of the series that helped put him on the map in 1986. He also served as host of Unwrapped, one of the longest running series on the Food Network. Most recently, he was Executive Producer for both Dinner: Impossible and Restaurant: Impossible also for Food Network. Summers is a graduate of North Central High School in Indianapolis.

Terrell Davis: Denver Broncos legend, NFL Hall of Famer, and entrepreneur Terrell Davis had a historic NFL career from 1995 to 2001. Davis is the Denver Broncos all-time leading rusher, with 7,607 rushing yards. Davis was sent to the Pro Bowl in the 1996, ’97, and ’98 seasons. Nicknamed “TD,” Davis popularized the “Mile High Salute,” a military-style salute given to fans and teammates in celebration of a touchdown. In 2006, Davis was inducted into the Breitbard Hall of Fame and into the NFL Hall of Fame in 2017.

Jake Short: Jake Short is an actor from Indiana. He has played the roles of Fletcher Quimby in Disney Channel's comedy series A.N.T. Farm and Oliver in the Disney XD original series Mighty Med and Lab Rats: Elite Force. Since then, he was a lead on a Hulu show All Night as well as an independent movie now on Netflix, #Roxy. He recently filmed two independent movies that are in post-production: Supercool and This is the Year.

Domantas Sabonis: Domantas Sabonis just completed his second season with the Indiana Pacers and was one of the NBA’s top Sixth Men last season. Acquired by trade from Oklahoma City in 2017, Domantas played collegiately at Gonzaga. He is considered one of the rising young stars in the NBA and is a favorite among Pacers’ fans.

Jim Cornelison: Jim Cornelison is known in the sports world for singing “The National Anthem” at Chicago Blackhawks’ home games and major sporting events across the country. He also has captivated Indianapolis 500 fans for the last two years as the singer of “Back Home Again in Indiana”. He’ll appear in the 2019 IPL 500 Festival Parade before returning to perform the iconic song ahead of the 103rd Running of the Indianapolis 500 presented by Gainbridge.

Lyn St. James: Lyn St. James is known for being the first female driver to win the Rookie of the Year award in the Indianapolis 500 (1992). St. James went on to start seven Indianapolis 500 races and was named one of Sports Illustrated for Women’s Top-100 Women Athletes of the Century. Now, St. James’ focus is motivational speaking revolving around doing the impossible, referencing her breaking into a sport previously dominated by men. She has been a coach and mentor to nearly 300 women drivers across the globe, including Danica Patrick and Sarah Fisher.

Jerry Mathers: Jerry Mathers has been an actor on television, in movies and on stage since the age of 2 working with such notable celebrities as Bob Hope, Alfred Hitchcock, Shirley MacLaine, John Forsythe and many others. It was in 1957 however, with the debut of the series “Leave it to Beaver” that Jerry entered the hearts and homes of America and the world as Beaver Cleaver. An immediate success, the show ran for six seasons, with a total of 234 episodes which has made Jerry a fan favorite and an American icon.