Women continuing to prove they belong in racing 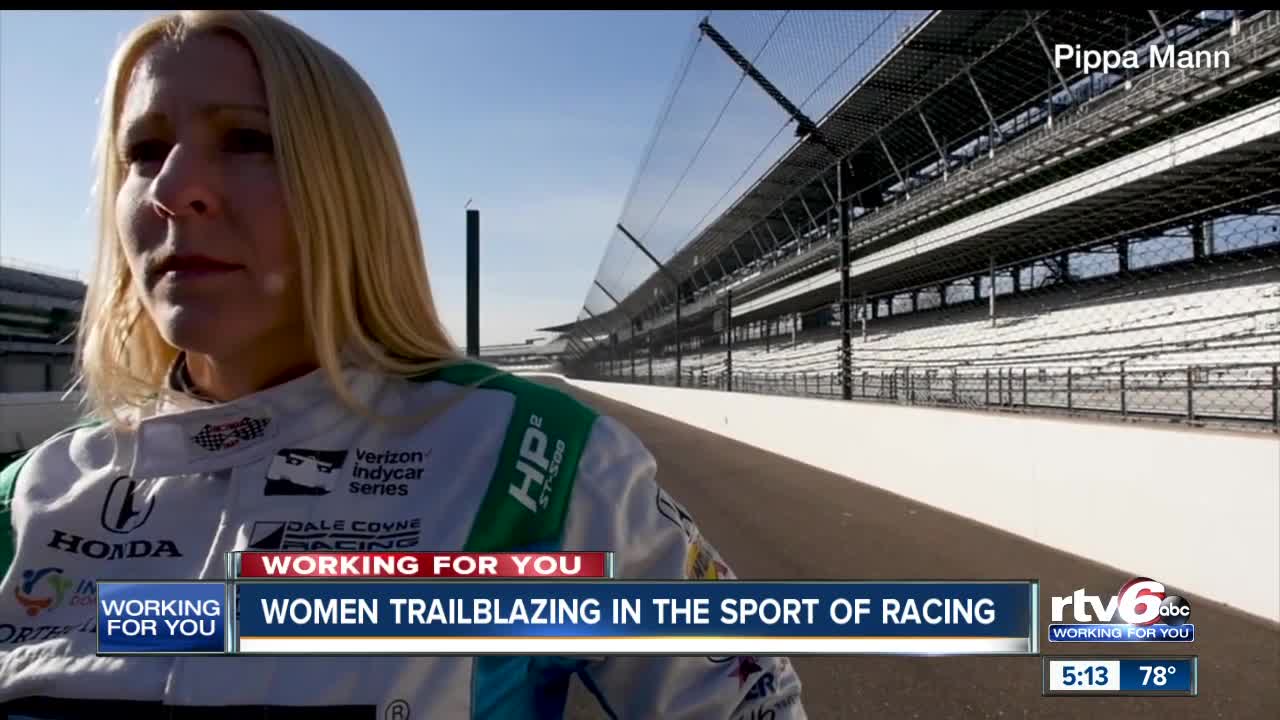 In a male dominated industry, women are showing they can go toe-to-toe in the racing world.

INDIANAPOLIS — In a male-dominated industry, women are showing they can go toe-to-toe in the racing world.

As we inch closer and closer to the major races here in the month of May, we are talking about girl power on the track.

Pippa Mann flies around the track. She's an Indy Lights winner, and she wants to do the same in the IndyCar series. After not making the cut last year for the Indy 500, she's back again for the challenge.

"I'm really looking forward to opening day and getting to turn my first laps on the Indianapolis Motor Speedway," Mann said.

She follows in the footsteps of legends like Janet Guthrie, the first woman to run in the 500. And the youngest to compete, which was Sarah Fisher at only 19 years old.

"You know, being in the cockpit of a race car was my favorite part," Fisher said. "When I got into the car and I was able to take off, that was my world."

Mann said to grow the number of women in racing, it starts with funding.

"By a lot of sponsors, women are still viewed as a risk, and it's partly due to the fact that there's still a portion of the fan base that struggles with us being out there on the track," she said. "It's trying to help fund and provide opportunities to women on the ladder so they can help raise the next generation of female racers."

Fisher retired in 2010, but she'll still hop on a midget car once in a while and turn up the dirt.

Mann hopes more girls grow a passion for racing and the love of being on the track.

"Be really determined and prepared to dig really deep and don't let anyone else stop you from chasing your dream," Mann said.