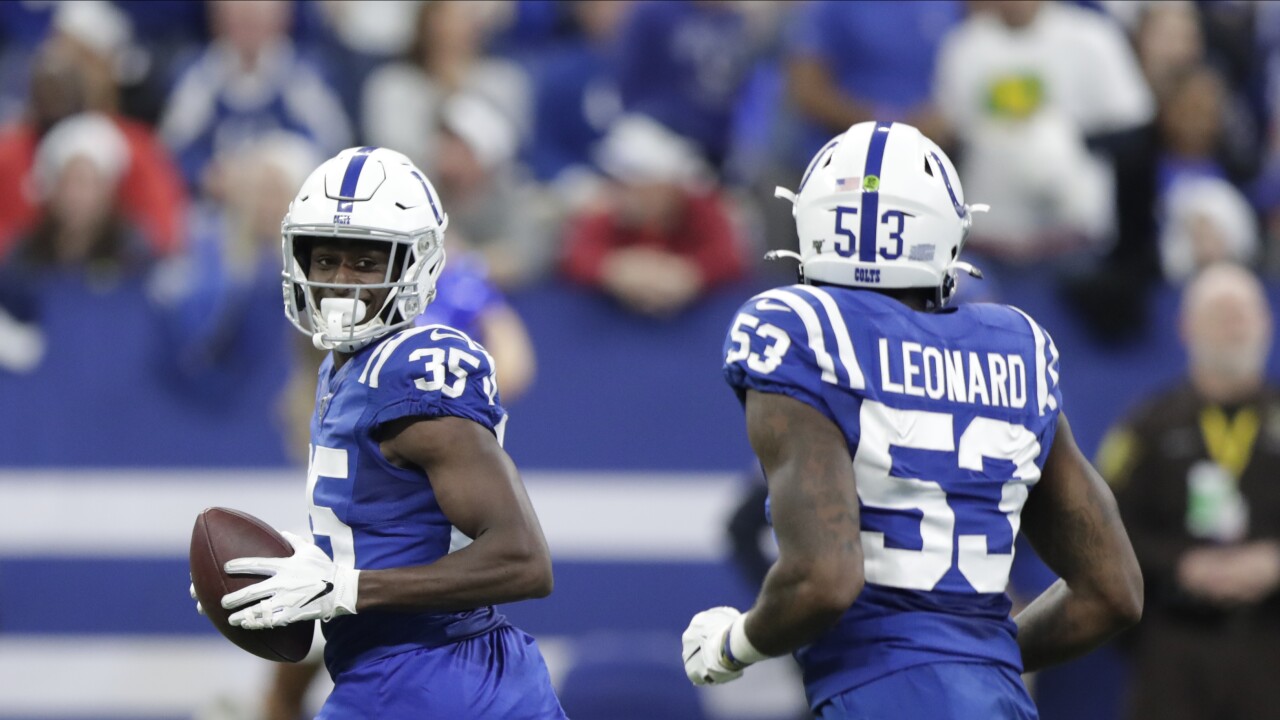 Michael Conroy/AP
Indianapolis Colts' Pierre Desir (35) and Darius Leonard (53) celebrate during the second half of an NFL football game against the Carolina Panthers, Sunday, Dec. 22, 2019, in Indianapolis. (AP Photo/Michael Conroy)

Desir spent three years with the Colts from 2017-19, and played in 37 games, making 29 starts. In 12 games last season, he had 50 tackles and recorded career-bests with three interceptions and 11 pass deflections.

The Colts claimed Desir off waivers from Seattle in 2017 after he played two seasons for the Cleveland Browns, who drafted him in the fourth round in the 2014 NFL draft.