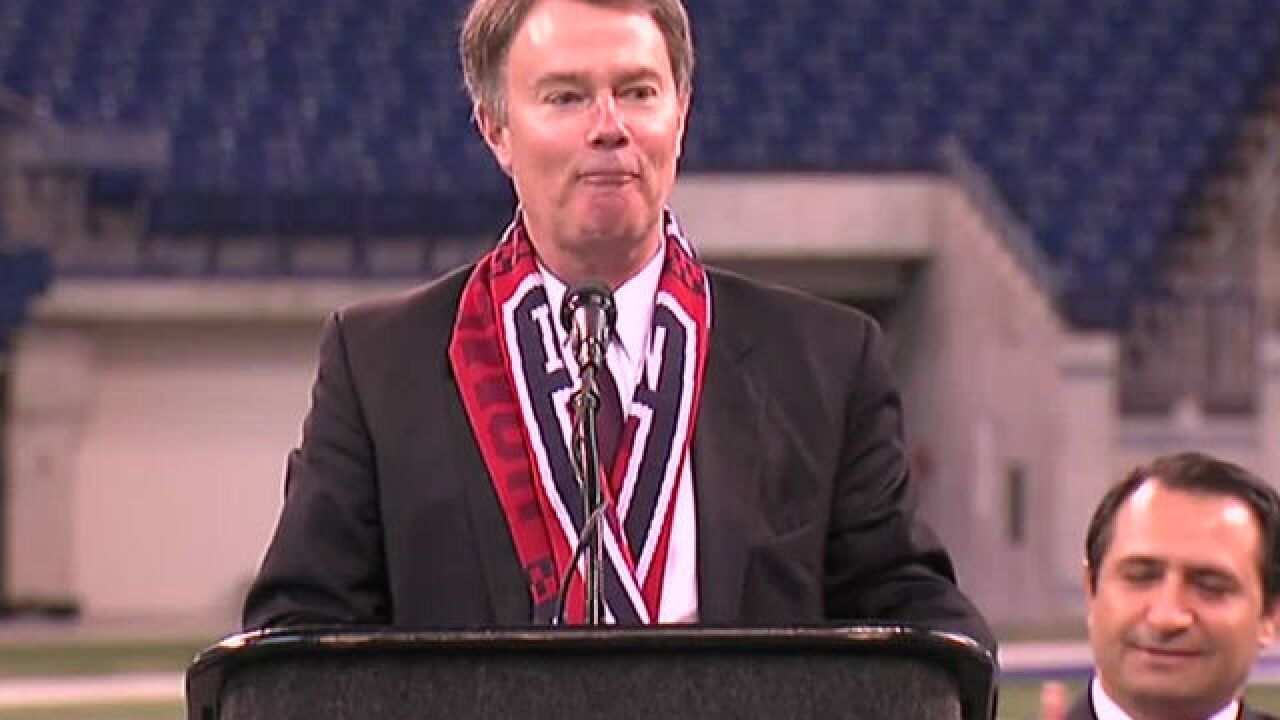 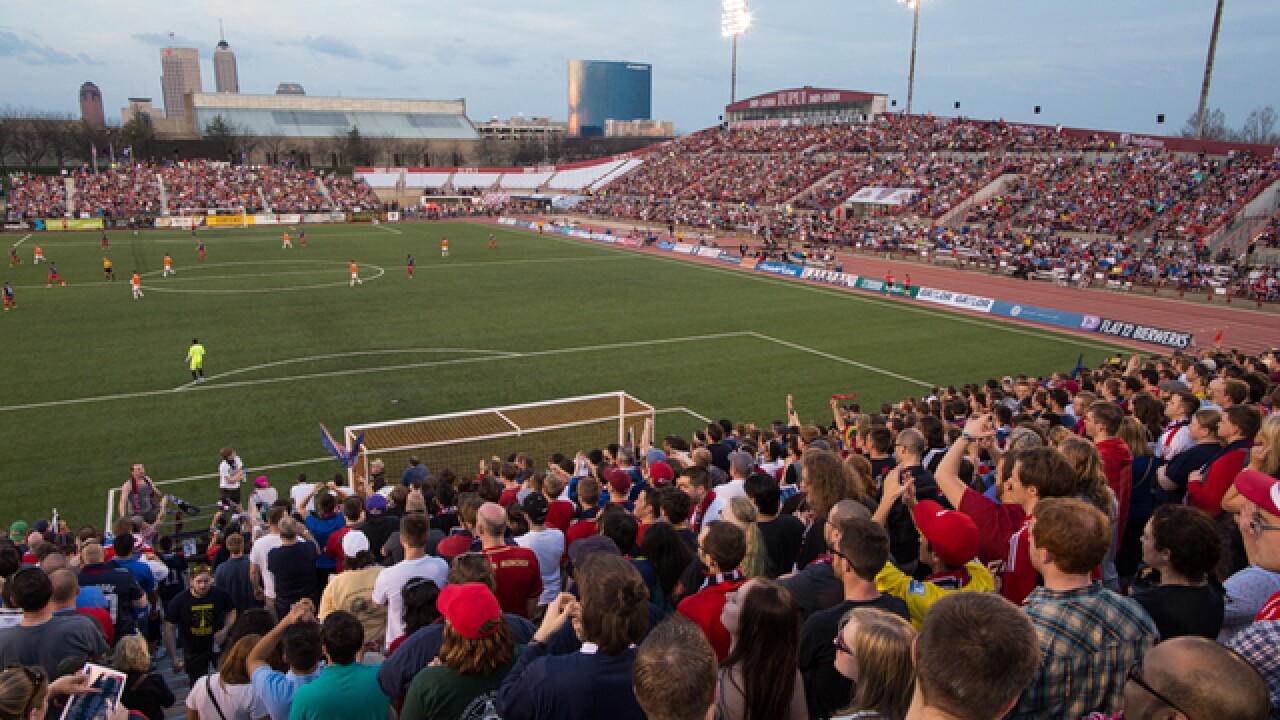 INDIANAPOLIS -- The Indy Eleven, Indianapolis' professional soccer team, announced Monday it will play its home matches in Lucas Oil Stadium for the 2018 season.

Since its inception in 2013, Indy Eleven has played home games at Michael A. Carroll Stadium, a 12,000-seat stadium near the White River, on Indy's near-west side.

“By relocating to Lucas Oil Stadium, we will be providing immediate upgrades to the amenities, services, and atmosphere for our fans who deserve the best possible environment to watch a professional soccer match," said Indy Eleven owner Ersal Ozdemir.

Some 2018 matches may still be played at "The Mike," depending on any scheduling conflicts with Lucas Oil Stadium.

Indy Eleven recently announced the move to the United Soccer League for the 2018 season. The team has averaged 9,170 fans per game over the last four years. Opened in 2008, Lucas Oil Stadium seats more than 67,000 people.

Watch Mayor Joe Hogsett and Indy Eleven officials announce the move in the video below.