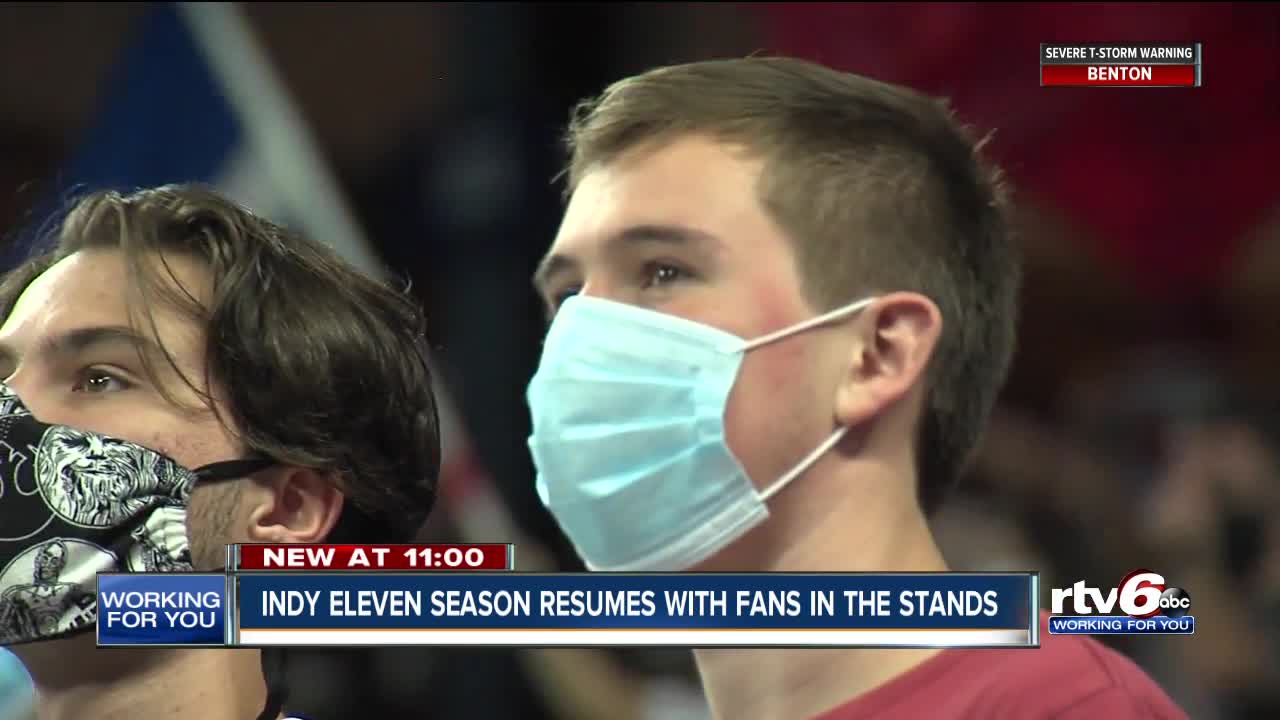 On Saturday night, for the first time March 11, a sporting event will be played in front of fans in Downtown Indianapolis.

INDIANAPOLIS — On Saturday night, for the first time March 11, a sporting event will be played in front of fans in Downtown Indianapolis.

Indy Eleven will resume their season at 7 p.m. against St. Louis FC with a limited number of fans at Lucas Oil Stadium.

The team announced a health and safety plan that will be in effect for all games this season. Fans will be required to wear a face mask and have their temperatures checked with a temporal thermometer at the gate prior to entering the stadium.

Any fan who registers a temperature over 100.4 degrees will be denied entry and asked to contact customer service the next business day for a ticket exchange.

"If a fan feels their temperature reading may have been inflated because of external factors like the heat of the day or excess physical exertion they will have the option to try to 'cool down' either in their vehicle or away from the gates at the perimeter of the venue before attempting entry again," according to the Indy Eleven health and safety plan.

RELATED | Sports Xtra: NHRA gets back to racing in Indianapolis

Social distancing will also be enforced in areas inside and outside Lucas Oil Stadium.

According to the Eleven's plan, all seating will be reserved and seats will only be sold in the lower bowl of the stadium with social distancing built into the ticketing map to ensure fans are able to stay apart from each other.

Seats will be sold in small groups of 1-4 seats and will be separated by a minimum of four seats or six feet. There will also be one empty row between each group of fans.

No tailgating will be allowed during the 2020 season, and parking lots will open 90 minutes before the scheduled start of each game.

When fans arrive, they should enter the stadium via the gate listed on their ticket, which will correspond with their seating location.

All groups can enter the stadium after 7 p.m., and gates will be closed to new fans at 8 p.m.

The match will be the first downtown sporting event held in front of fans since March 11 when IU played Nebraska in the Big Ten men's basketball tournament.