IndyCar's James Hinchcliffe named to Dancing with the Stars Season 23 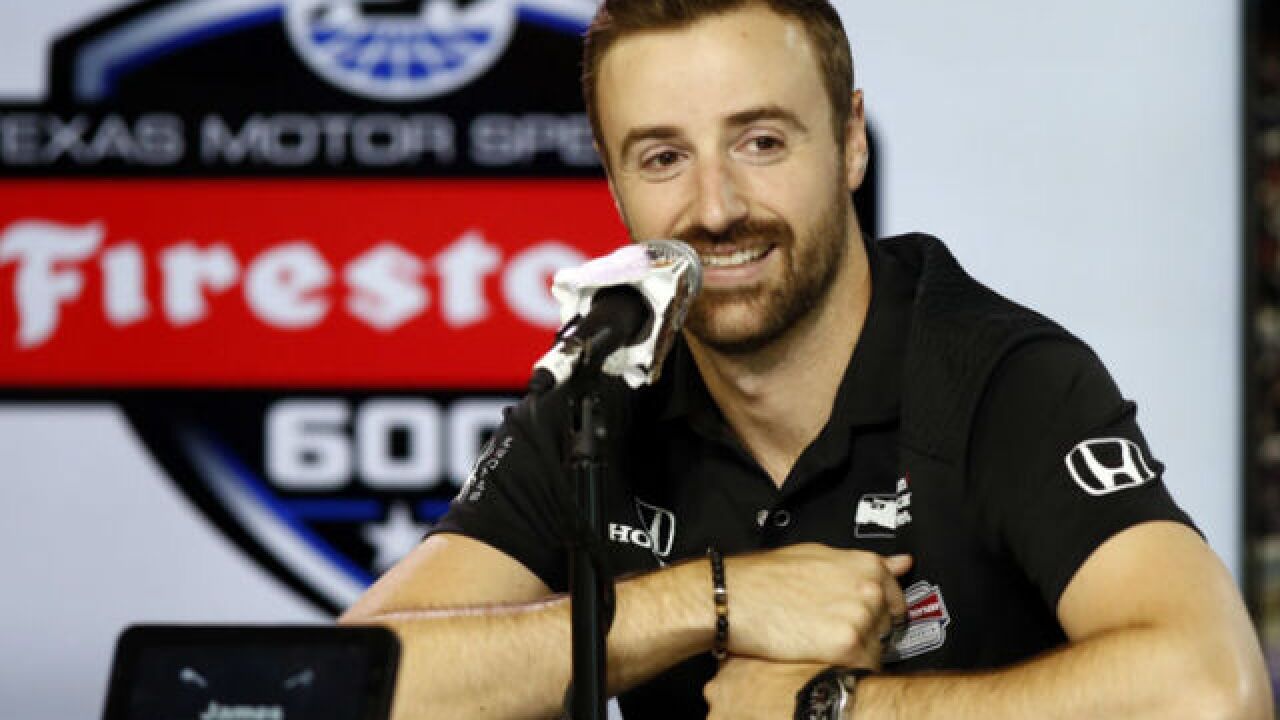 INDIANAPOLIS -- IndyCar driver James Hinchcliffe has been named one of the dancers for "Dancing with the Stars" in Season 23 this fall.

Hinchcliffe, or the "Mayor of Hinchtown," has been in the IndyCar Series since 2011.

He was injured in a crash just before the 2015 Indianapolis 500, but recovered to win the pole position for the 2016 Indy 500, and finished seventh in the race.

Also participating in this season's "Dancing with the Stars" is Indianapolis native Kenny "Babyface" Edmonds. Edmonds has won 11 Grammys, mostly in the 1990s.

The other "Dancing with the Stars" participants are:

MORE | Read more on the cast for Season 23 here