LOOK: Here's how many football stadiums fit inside the Indianapolis Motor Speedway 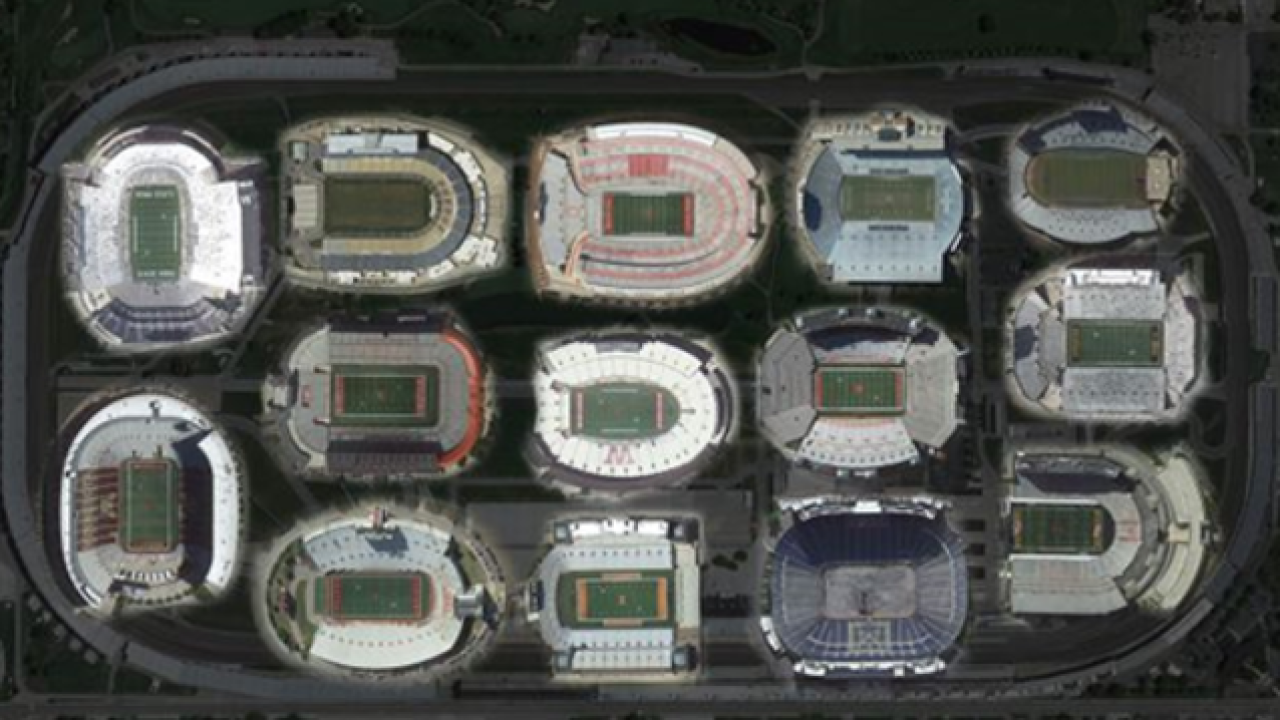 SPEEDWAY, Ind. -- Football is back in full swing with two full weeks of college football and a full week of the NFL under our belts, including the largest attended college game in history during the "Battle at Bristol" inside Bristol Motor Speedway Saturday.

The University of Tennessee Volunteers and Virginia Tech Hokies played at the 0.533-mile Tennessee race track, which is better known for the crowds it draws during NASCAR races twice a year.

For most, that might seem like a whopping amount, but here in Indianapolis, we know big crowds all too well.

The record-setting college game got the folks at IMS thinking about what football might look like inside Speedway's 2.5-mile oval, and the result is one that would likely look more like multiple football games at once, rather than just one.

To demonstrate the sheer size of the speedway, IMS posted the below photo of all 14 Big Ten Conference football stadiums (which include some of the highest-capacity limits in college football) inside the track, with room to spare to park a few cars.

Sure, the Battle at Bristol was impressive, but our racing tradition still reigns supreme when it comes to size, scale and sport.

RELATED | IMS is so big, these 8 huge things can fit inside of it