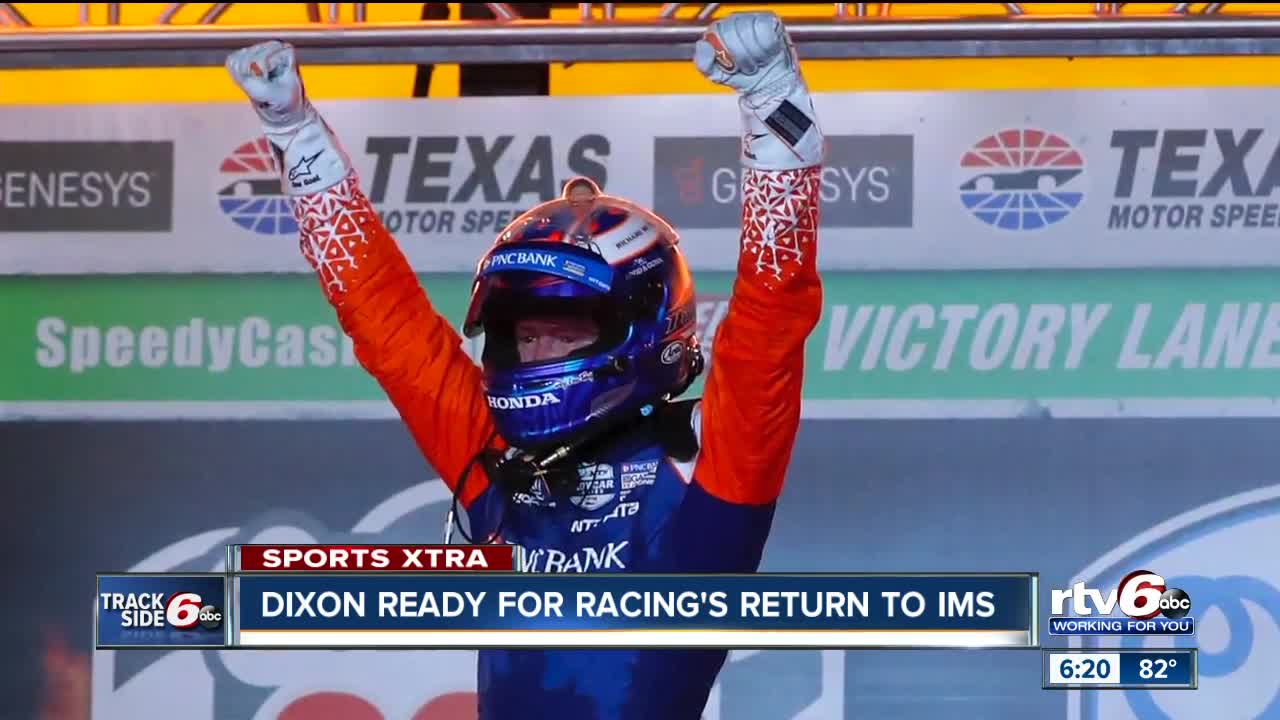 INDIANAPOLIS — It'll be without fans but the Indianapolis Motor Speedway is preparing for a first — an IndyCar, NASCAR doubleheader this weekend.

And for IndyCar, it's their first of five races in a 15-day stretch, which also includes Road America and Iowa. Count Scott Dixon among those who are ready to get back on track.

The smile is back and after a lengthy layoff so is the team. As the summer hits, IndyCar and points leader Scott Dixon are ready.

"It's a good problem to have. I was so pumped to get back to Texas," Dixon said. "It's just so nice to get back into a racing atmosphere. Obviously, everything is so different right now from the travel to the protocols and everything when you're at the track."

And at Texas, things couldn't have been more dominant leading 157 of the 200 laps.

It was Dixon's 47th career win. And there to celebrate in a socially distanced victory lane — team owner Chip Ganassi, who's as committed as ever after adding personnel to the team.

"Obviously, in times like this to take more people on in circumstances like this, but he's willing to do that and I think it's shown," Dixon said.

Back in the Chip Ganassi Racing Shop, the work never ends. Crewmen, working in shifts to stay healthy off the track, while staying competitive on it.

No better place to show that off than this weekend at Roger Penske's Indianapolis Motor Speedway, as it hosts the first NASCAR-IndyCar doubleheader. It was announced in March and is where Ganassi's teams will be busy all weekend long.

"Man, I've been excited as soon as that was announced but obviously a bit saddened that I think it would've been fantastic for the fans," Dixon said. "I hope it's something that will progress into something in the future. With Roger and his group, it'll definitely be part of it."

Ultimately, he can't wait. Putting on the helmet. Sliding into the car. And going full bore once again in this his 20th season.

"There's plenty of us reaching a milestone here shortly actually," Dixon said. "I have my 40th here in a few weeks so we'll definitely keep pushing, definitely keep snatching these wins if we can. I just feel very lucky, very privileged to be able to say we're going racing this weekend."

And that's a feeling that's timeless.