Is he in or out? Pacers' Oladipo might play when season resumes

He's rethinking his decision not to play 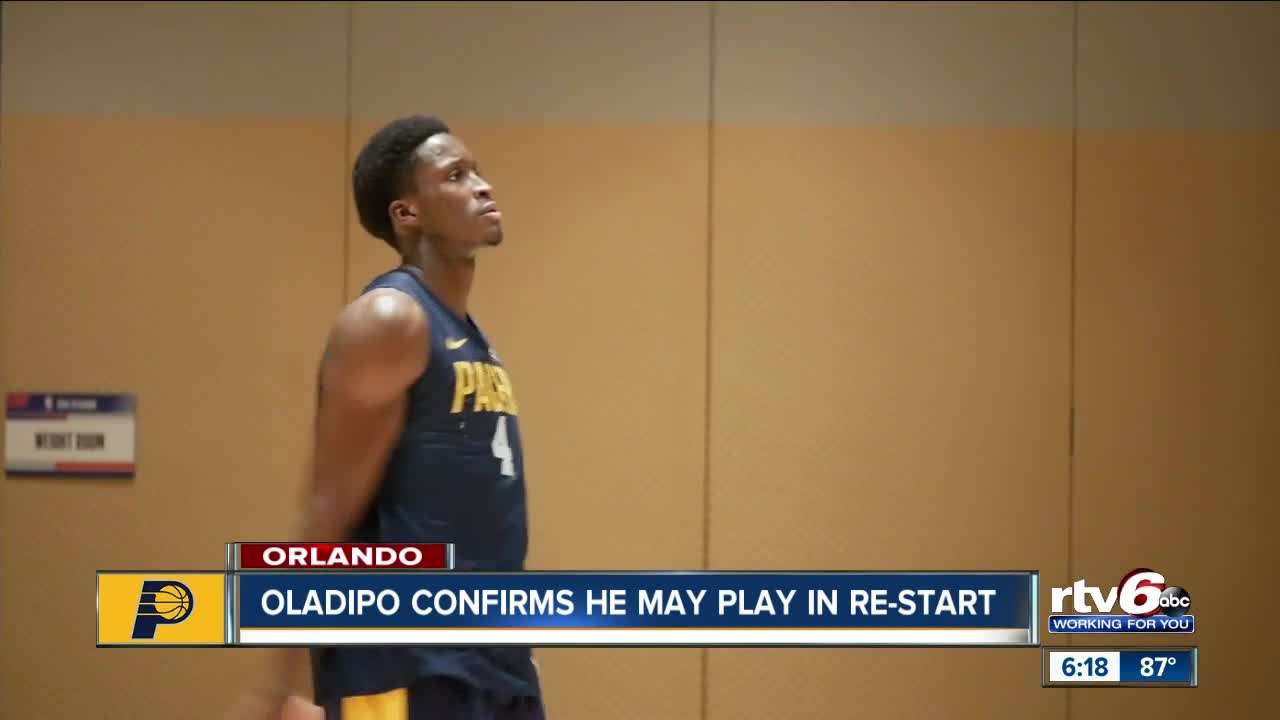 Oladipo confirms he may play in restart 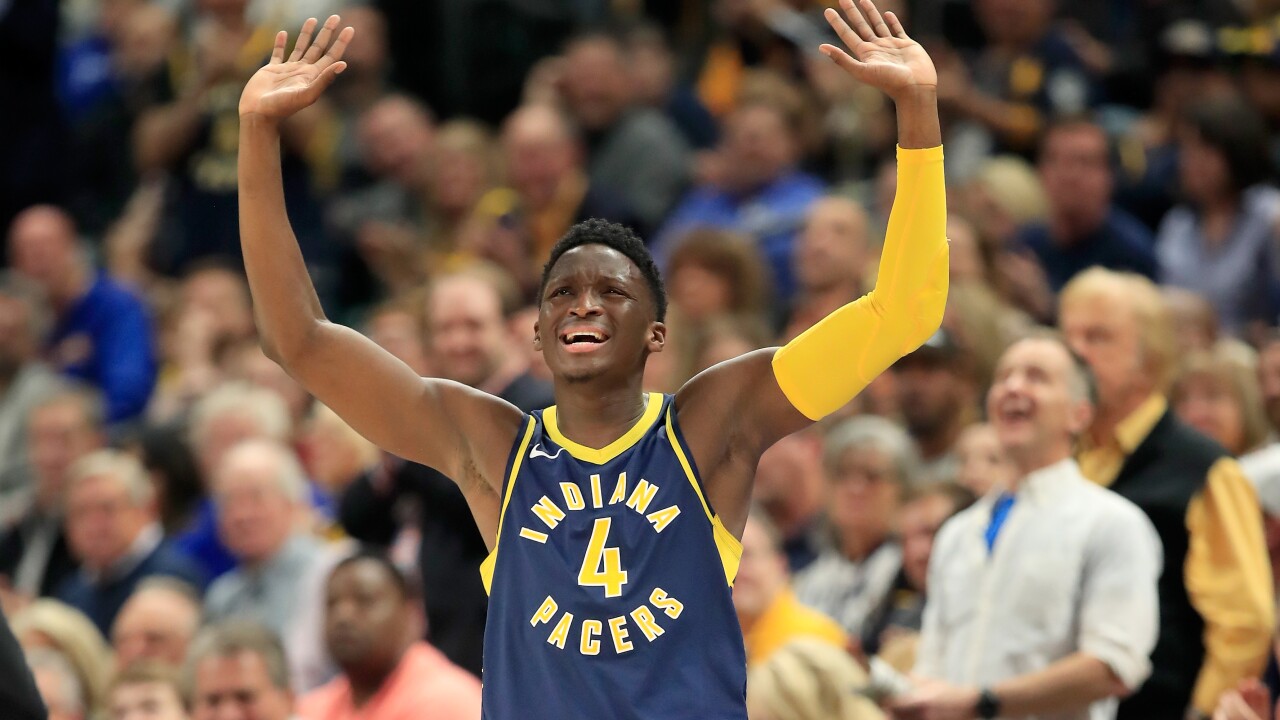 INDIANAPOLIS — Victor Oladipo is having second thoughts about calling it a season.

If all goes well over the next two weeks, the Indiana Pacers just might get their two-time All-Star back.

Twelve days after announcing he would sit out because of concerns over his surgically repaired right knee, Oladipo told reporters Wednesday the workouts in Orlando, Florida, have forced him to rethink his decision.

“It was hard for me to assess where I was,” Oladipo said. “But being able to come down here and practice with my guys at a high level, I think there’s a strong possibility that I might play. I want to be smart because I want to play the next 10 years.”

Oladipo’s presence could give the Pacers a big boost when the season resumes, especially with starting guard Malcolm Brogdon also expected to be healthy.

Oladipo told team officials last week he would only practice — not play — when the team arrived in Florida. Kevin Pritchard, the Pacers president of basketball operations, and coach Nate McMillan both said they supported Oladipo, whose minutes were being closely monitored when the season was suspended in mid-March.

Still, Oladipo’s decision drew criticism from those who thought the former Indiana University star was trying to protect himself for a potentially big payday in free agency after next season.

Instead, Oladipo followed the plan.

“I was always going to come down here and test it out,” he said. “When I made my decision, I wasn’t able to play five on five, wasn’t able to get up and down the floor and wasn’t able to do things at a high level, so I didn’t think I would be able to play. But after coming down here and working with the guys, rebounding, running and jumping, I’m trending in a positive direction. So hopefully when it’s time to play, I can play.”

The Pacers hope so, too.

Oladipo had surgery for a ruptured quad tendon last year and missed 12 months of action. When he returned in late January, Oladipo wasn’t the same. In 13 games, he averaged 13.8 points 3.2 rebounds and 3.0 assists while shooting just 39.1% from the field.

Earlier this spring, McMillan said he would be cautious with Oladipo — if he played — though he acknowledged Wednesday that Oladipo has not been limited in practice.

If Oladipo does play, McMillan may finally get to see just how good these Pacers could be.

“I think that group (the starting five) maybe played five or six games where Vic was in the lineup and they were working on chemistry,” McMillan said. “So what he brings is another strong weapon to the lineup. We know he’s very capable of scoring and creating but he also does a great job defending for us.”

This article by Michael Marot of the Associated Press