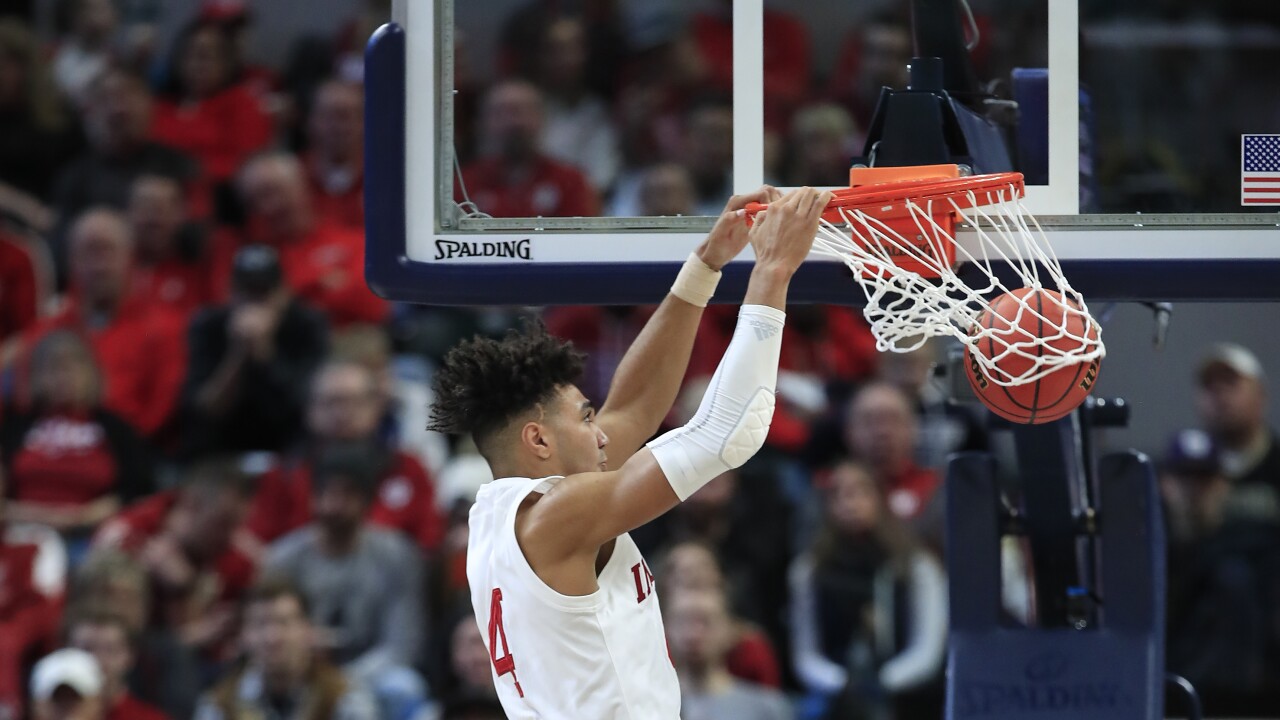 INDIANAPOLIS — Indiana survived a second half meltdown for a 62-60 win over Notre Dame in the Crossroads Classic at Bankers Life Fieldhouse.

The Hoosiers went up by five points early in the second half, then fell apart. With less than four minutes to go in the game, the Irish had a five point lead — a 22 point swing.

With 15 seconds remaining and Indiana trailing by one, Armaan Franklin, a freshman from Indianapolis, hit a three-pointer for the win. Franklin also led the team in scoring with 17 points, including four three-pointers.

The Hoosiers had a 42-32 rebounding advantage and held Notre Dame to 37 percent shooting.