Jerry Jones: Cowboys 'will not play' if they disrespect flag 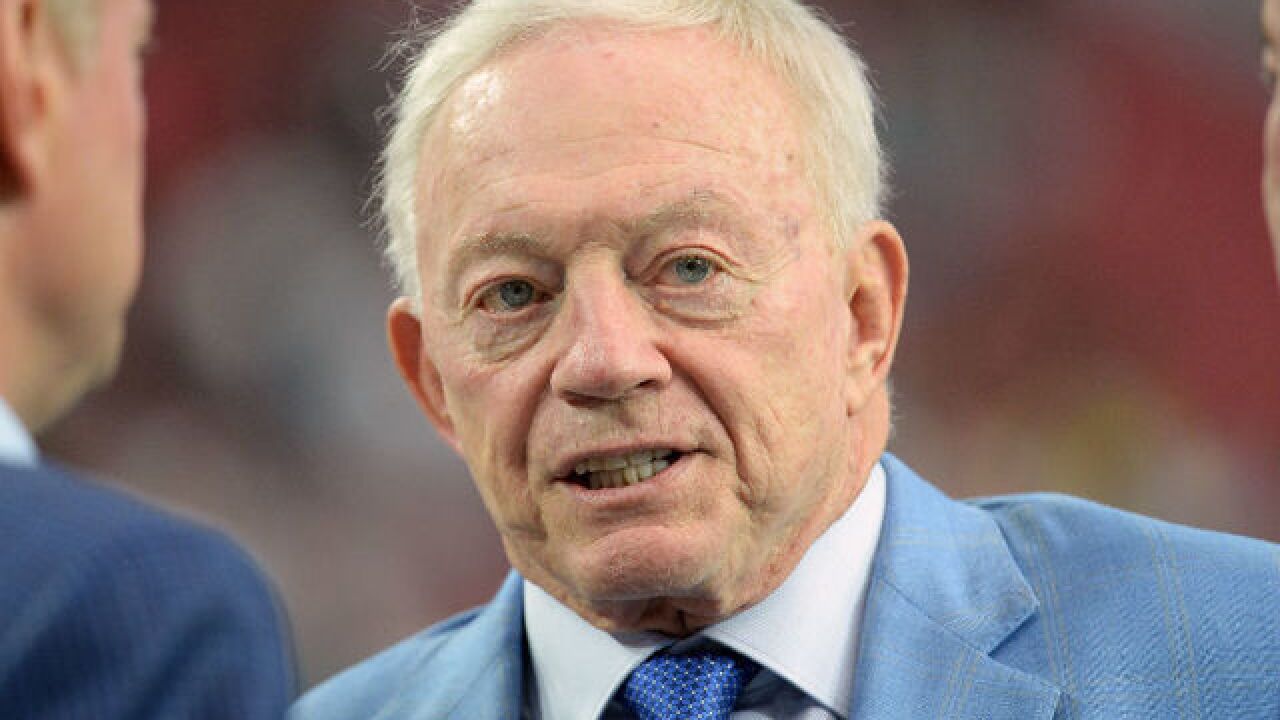 Jones had his strongest comments so far on the national anthem controversy Sunday night. They started with his response to a question about Vice President Mike Pence leaving the game in Indianapolis after about a dozen San Francisco players knelt during the anthem.

"I know this, we cannot ... in the NFL in any way give the implication that we tolerate disrespecting the flag," said Jones, also the team's general manager, after a 35-31 loss to Green Bay.

"We know that there is a serious debate in this country about those issues, but there is no question in my mind that the National Football League and the Dallas Cowboys are going to stand up for the flag. So we're clear."

The Cowboys and Jones knelt arm-in-arm before the anthem when they played at Arizona two weeks ago, a few days after President Donald Trump criticized NFL players for anthem protests. All of them stood during the anthem, with arms still locked.

Mostly Dallas players have stood on the sideline, many with hands over their hearts, during the anthem since former 49ers quarterback Colin Kaepernick started kneeling last season in protest of police treatment of African-Americans.

Jones said he wasn't aware of whether any of his players had raised a fist at the end of the anthem before the Green Bay game.

The 74-year-old Jones said showing respect for the flag and the anthem is more important to him than any potential issues of team unity.

Jones said a phone conversation with Trump after the display in Arizona included Trump telling him there was a rule on the books.

The NFL has said the game operations manual distributed to teams includes a reference to players standing for the anthem, but that it's a policy and not a rule. The league has said it doesn't plan to punish players over anthem protests.

"The league in mind should absolutely take the rules we've got on the books and make sure that we do not give the perception that we're disrespecting the flag," Jones said.