John Force wins at Indy for 5th time, tied for most ever 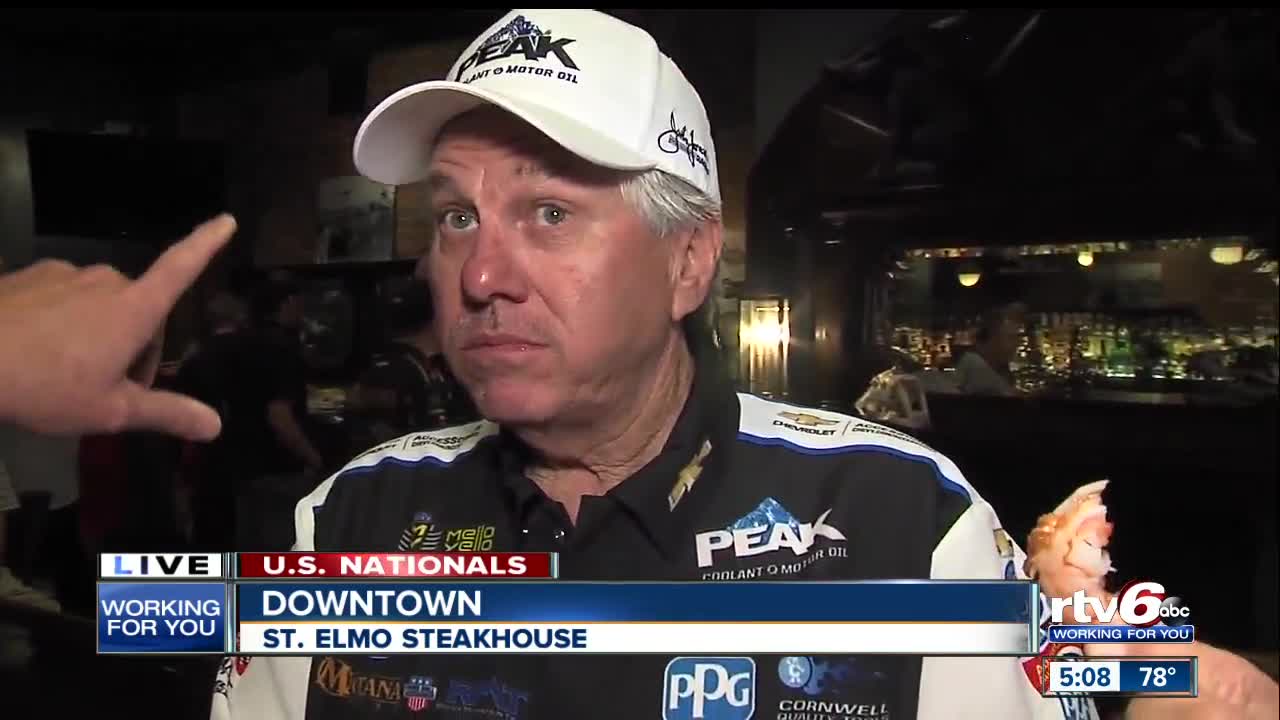 Force tied Ed "Ace" McCulloch for the most Funny Car wins in Indy history, powering his Camaro to a run of 3.919 seconds at 324.44 mph to beat Jack Beckman. It was the second win this year for the 70-year-old Force, the 151st in his career and his first at Indy since 2012.

Kalitta won for the first time at Indy and 46th time in his career thanks to his 4.144 seconds at 212.43 mph to slip past Billy Torrence.

Savoie claimed his second win at Indy in Pro Stock Motorcycle, going 6.851 at 195.25 on his Suzuki to beat points leader Andrew Hines.