LeBron James responds to Fox News host: 'Thank you, whatever her name is' 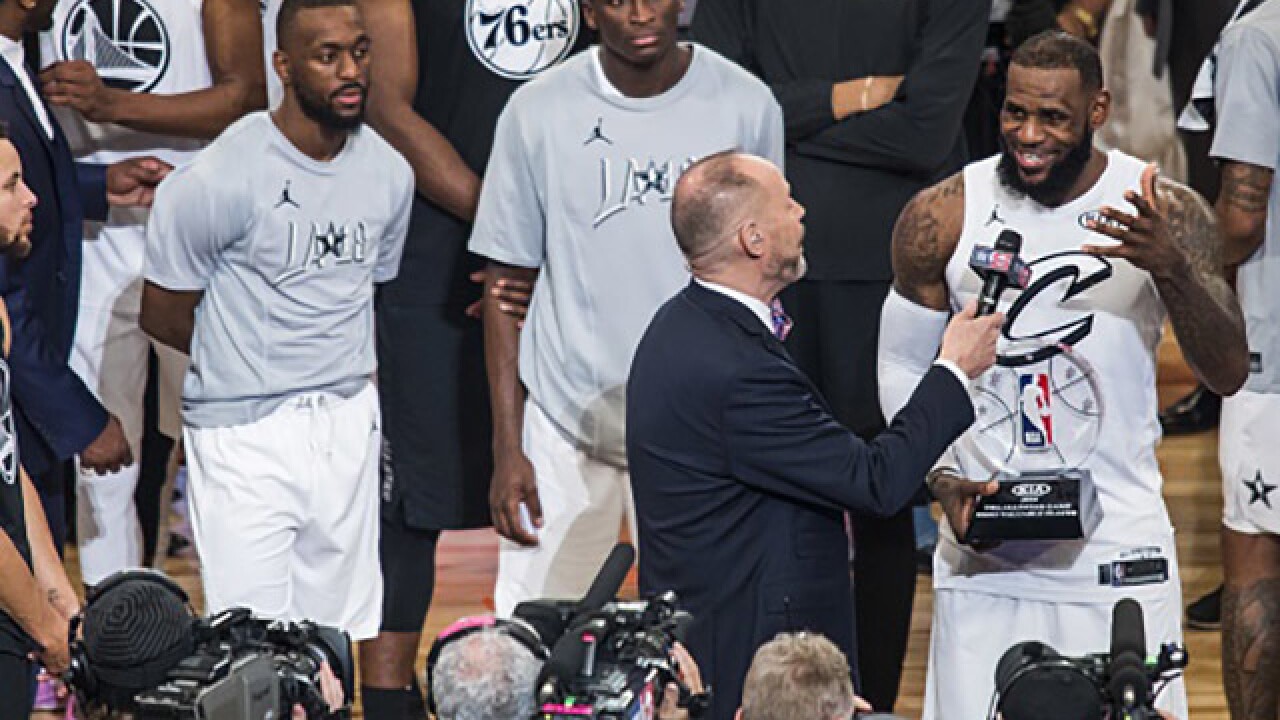 LeBron James responded to the Fox News host who told him to "shut up and dribble" after the Cavs star discussed the current political climate while talking specifically about President Trump in an episode of "Uninterrupted."

James had all eyes on him during the NBA's All-Star weekend in Los Angeles when he addressed Fox News Host Laura Ingraham's commentary.

"I get to sit up here and talk about social injustice, equality and why a woman on a certain network decided to tell me to 'shut up and dribble,'" James said. "So, thank you, whatever her name is. I don't even know her name."

RELATED: 'I am more than an athlete': LeBron James responds to Fox News host on Instagram

On Sunday, Ingraham defended her on-air comments about James, saying people who described her comments as racists took them wrong, according to ABC News.

"In 2003, I wrote a New York Times bestseller called 'Shut Up & Sing,' in which I criticized celebrities like the Dixie Chicks & Barbra Streisand who were trashing then-President George W. Bush. I have used a variation of that title for more than 15 years to respond to performers who sound off on politics. I’ve told Robert DeNiro to 'Shut Up & Act,' Jimmy Kimmel to 'Shut Up & Make Us Laugh,' and just this week told the San Antonio Spurs’ Gregg Popovich to 'Shut up & Coach,'' she said in a statement to Scripps station WEWS in Cleveland.

RELATED: LeBron James and Kevin Durant get candid during ride-along through Akron

"If pro athletes and entertainers want to freelance as political pundits, then they should not be surprised when they’re called out for insulting politicians. There was no racial intent in my remarks - false, defamatory charges of racism are a transparent attempt to immunize entertainment and sports elites from scrutiny and criticism. Additionally, we stated on my show that these comments came from an ESPN podcast, which was not the case - the content was unaffiliated with ESPN."