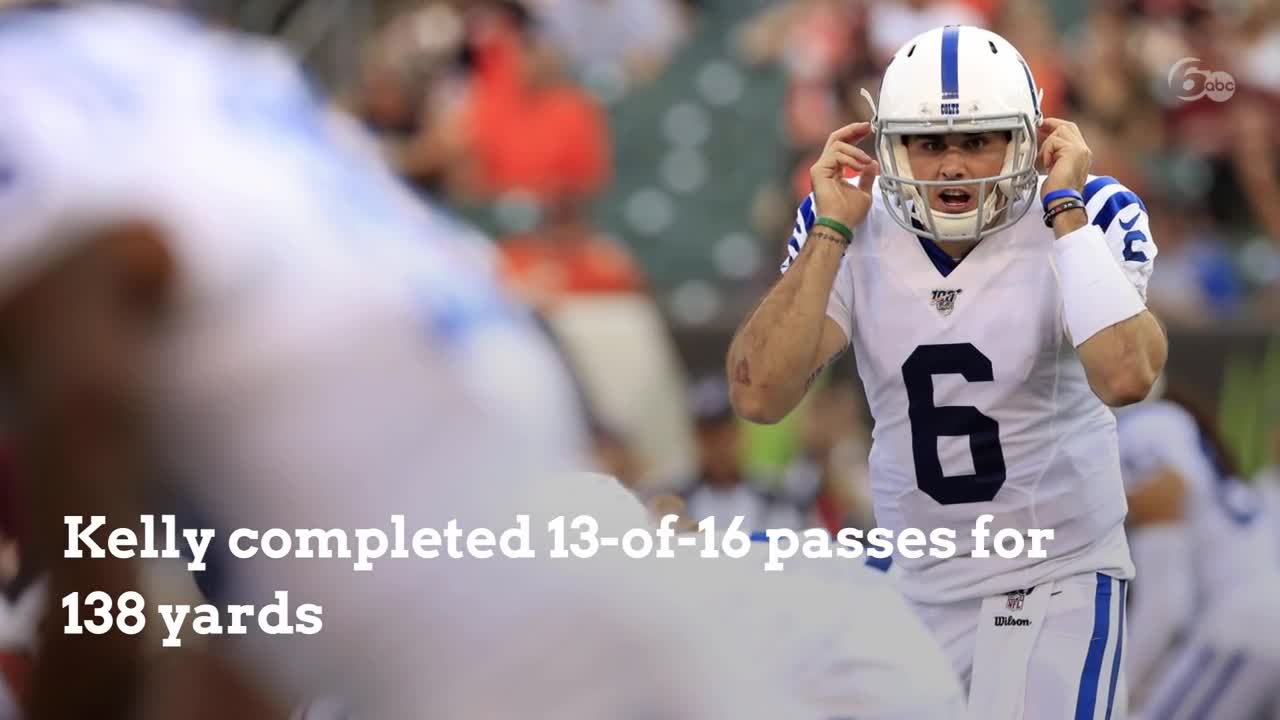 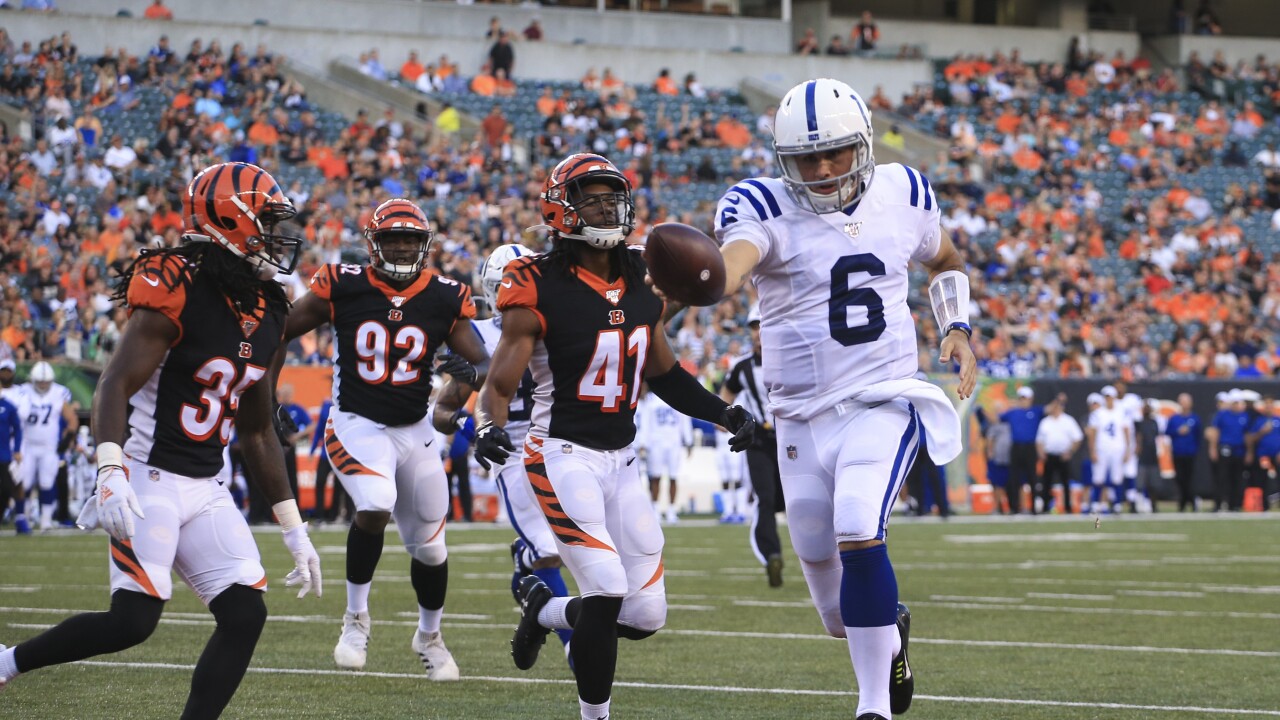 CINCINNATI — With a plucky showing by their backups, the Colts wrapped up an unsettling preseason and moved on from Andrew Luck.

Now, it's time for the rested regulars to see what they can do without their longtime leader.

A pair of quarterbacks who were low on the depth chart before Luck's retirement led Indianapolis to a 13-6 victory over the Cincinnati Bengals on Thursday night, the Colts' only preseason win.

Luck retired a week earlier after a 27-17 loss to Chicago, frustrated by his inability to get healthy. His postgame announcement severely dented the Colts' playoff chances and elevated Jacoby Brissett -- 4-11 as a starter with Indianapolis -- to lead the offense.

Brissett had a lot of company as he watched from the sideline Thursday. There were large swaths of empty seats as both teams rested their starters and key backups for the final preseason game.

For the Colts, it was a chance to assess Brissett's backups.

"We're evaluating all options as you would expect," coach Frank Reich said. "That'll play out the next couple of days."

Chad Kelly must serve a two-game suspension for violating the league's personal conduct policy. He started and scrambled 7 yards for a touchdown in the first half, going 13 of 16 for 138 yards with an interception on an underthrown pass.

Kelly signed with the Colts in May after pleading guilty to a second-degree trespassing charge. He was arrested last October after entering the home of someone he didn't know following a Halloween party.

Phillip Walker, who spent the past two seasons on the Colts' practice squad, played the second half and was 8 of 16 for 90 yards.

Third-round pick Parris Campbell made his debut and caught three passes for 42 yards. He missed most of training camp and the first three preseason games with a hamstring injury. His 31-yard catch and run set up Kelly's touchdown scramble.

"I felt like myself again," Campbell said. "Those are plays I'm used to making."

The Bengals rested Andy Dalton and backup Ryan Finley, a fourth-round pick who won the No. 2 job with his strong showings in the first three preseason games. Jake Dolegala played the entire game and was 28 of 43 for 254 yards.

The Bengals' starting offense was erratic during a 1-3 preseason while adjusting to a new playbook.

"There were times we showed flashes we have the ability to score points," tight end C.J. Uzomah said. "At certain times, it's the preseason, we needed to work out the kinks."

Colts: WR Marcus Johnson sustained a concussion in the third quarter after he was hit hard on a 17-yard catch.

Bengals: Rookie RB Rodney Anderson hurt his right knee in the first half and didn't return. The sixth-round pick missed most of last season at Oklahoma with a knee injury. ... LB Malik Jefferson was ill and didn't play.

The Bengals distributed 35,247 tickets for the game, the smallest crowd for any of the 28 preseason games between the Colts and Bengals. The previous low was 39,520 for the fourth preseason game last year, when the Colts also played at Paul Brown Stadium.

Colts: Open at the Chargers on Sunday, Sept. 8.

Bengals: Open at Seattle on Sept. 8.