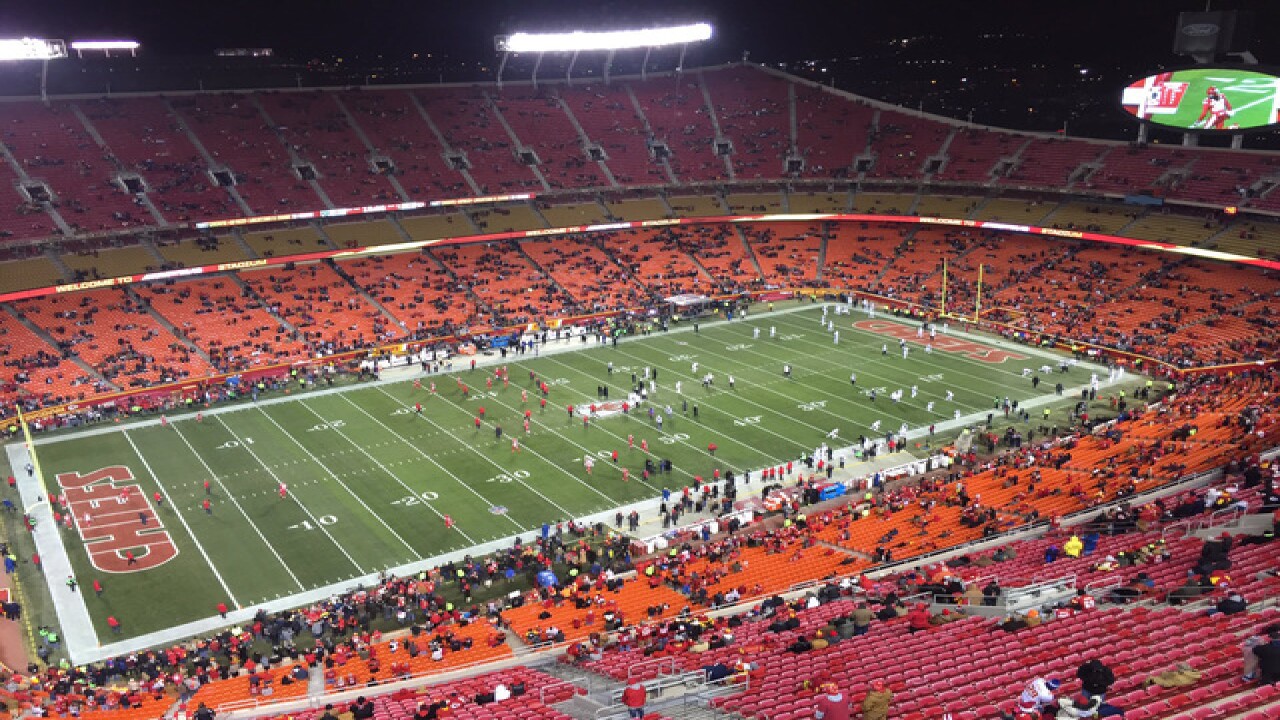 Dee Jackson - 41 Action News
<p>Fans start to fill the stands for the matchup between the Chiefs and the Raiders on Thursday, Dec. 8, 2016. </p>

KANSAS CITY, Mo. (KSHB) -  A Missouri legislator is asking for a review of all taxpayer funds used to build and maintain NFL stadiums and facilities.

“NFL stadiums have been a major investment of taxpayer money and the league must remain popular to continue to have a positive impact on our local and state economy,” Missouri Representative Nate Walker said in a press release on Monday.

According to a Kansas City-based KSHB report from 2013, Kansas City was ranked 10th the country for the amount of taxpayers coughing up funds to keep the stadiums in top condition.

A Wall Street Journal study says between Kauffman Stadium, Arrowhead Stadium and Sprint Center, Kansas City is among the most expensive cities in the United States for taxpayers to keep their sports teams in town.

According to the same study, by 2010, Kansas City had spent more than $700 million in public funds on renovating Arrowhead and Kauffman stadiums.

The Republican legislator plans to ask the legislature to form a joint committee to review all NFL stadium funding and determine what options are available to protect taxpayers.

According to a press release, this includes modifying existing agreements and contracts, suing the NFL, or banning future taxpayer funding of stadiums.

“The First Amendment protects players’ rights to protest off the field. But when Missouri first conceived the idea of publicly funding these stadiums, nobody thought the league would put political protest ahead of good business and civic responsibility,” he said. “Taxpayers invested in a football arena that has now become a political arena. The NFL could have stopped these protests but chose to indulge its billionaire franchise owners and millionaire players to use public facilities to launch their political agendas. Where will it stop, what will be their next agenda item, and what will it cost taxpayers? This must end."

Walker plans to meet with national organizations, like the National Conference of State Legislatures and the American Legislative Exchange Council to create a network of legislators in every state with publicly-funded NFL stadiums.

“The NFL is big business,” said Walker. “Previous governors and legislators in Missouri have invested millions of taxpayer dollars into NFL facilities for economic development and entertainment purposes. Recent protests are impacting viewership, hurting the fan base of the NFL, and putting at risk all of our public investments.”