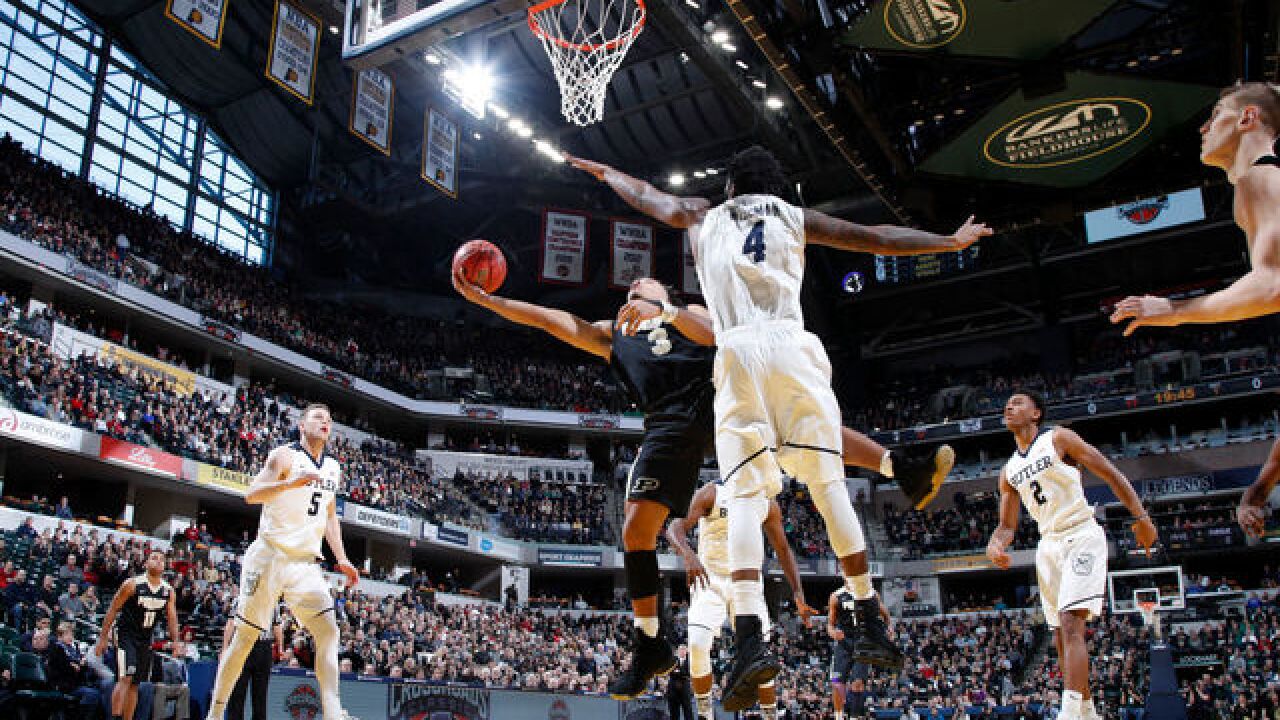 Image copyright 2017 Getty Images. All rights reserved. This material may not be published, broadcast, rewritten, or redistributed.
Joe Robbins
<p>INDIANAPOLIS, IN - DECEMBER 16: Carsen Edwards #3 of the Purdue Boilermakers drives to the basket against Tyler Wideman #4 of the Butler Bulldogs in the first half of the Crossroads Classic at Bankers Life Fieldhouse on December 16, 2017 in Indianapolis, Indiana. (Photo by Joe Robbins/Getty Images)</p>

INDIANAPOLIS (AP) — Carsen Edwards scored 18 points, Vincent Edwards and Isaac Haas had 15 apiece, and No. 17 Purdue beat Butler 82-67 on Saturday for its second win in the seven-year history of the Crossroads Classic.

The Boilermakers (11-2) never trailed on the way to their first win in the series in nearly two decades. Purdue had lost five in a row to Butler since its previous victory over the Bulldogs on Dec. 19, 1998.

Kelan Martin had 17 points for the Bulldogs (8-3), who went into the annual classic in Indianapolis with a five-game winning streak, including their best offensive showing of the year in a 95-67 win over Youngstown State a week ago. Paul Jorgensen finished with 15 points and eight boards.

Ryan Cline’s 3-pointer with 6 seconds left in the first period gave Purdue a 35-19 halftime lead. The Boilermakers then opened the second half with a 9-2 run and opened a 44-21 advantage on Vincent Edwards’ three-point play with 17:36 remaining.

The Bulldogs went on a late run and cut the deficit to nine when Jorgensen hit a 3-pointer with 3:01 left.

Butler: Dropped to 5-2 in the Crossroads Classic. The Bulldogs’ only other loss in the event came against Indiana in 2014.

Purdue: Matt Painter got his first win against Butler as a head coach. He was 0-4 against the Bulldogs prior to Saturday’s victory.

Butler stays home for three of the next four games beginning with Morehead State on Tuesday.

Purdue closes out the pre-Christmas portion of its schedule at home against Tennessee State on Thursday.