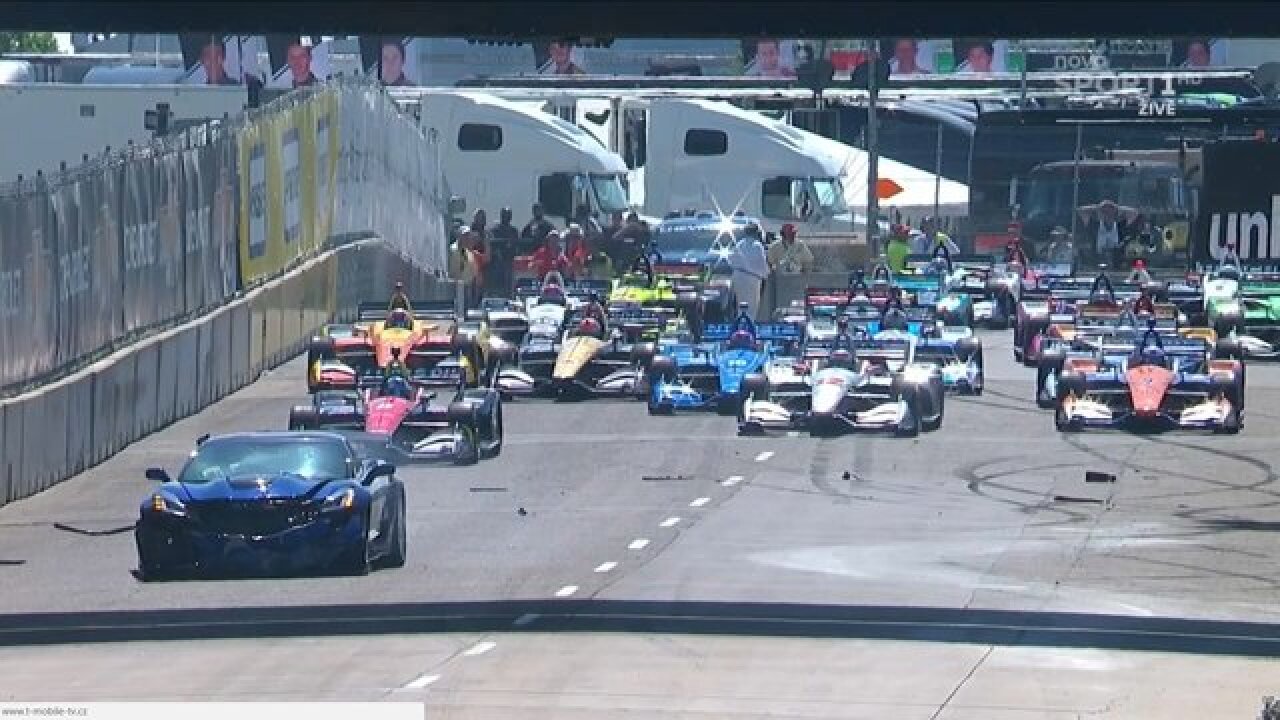 Moments after the field pulled out of the pits Dual 2 at the Chevrolet Detroit Grand Prix the pace car crashed on the front straightaway.

The Chevrolet Corvette driven by a General Motors employee crashed as it came around turn 2.

The field was backed up while crews cleaned up from the crash.

Video shows the Corvette spinning and losing control before crashing into a wall. It's not clear if anyone inside the car was injured but they were being checked out at the medical center.

The cars were eventually sent out for their warm up laps.

UPDATE: The race start is currently under delay due to an incident involving the pace car. The drivers are headed back to pit road. #DetroitGP