Injured during Wednesday's game at Brooklyn 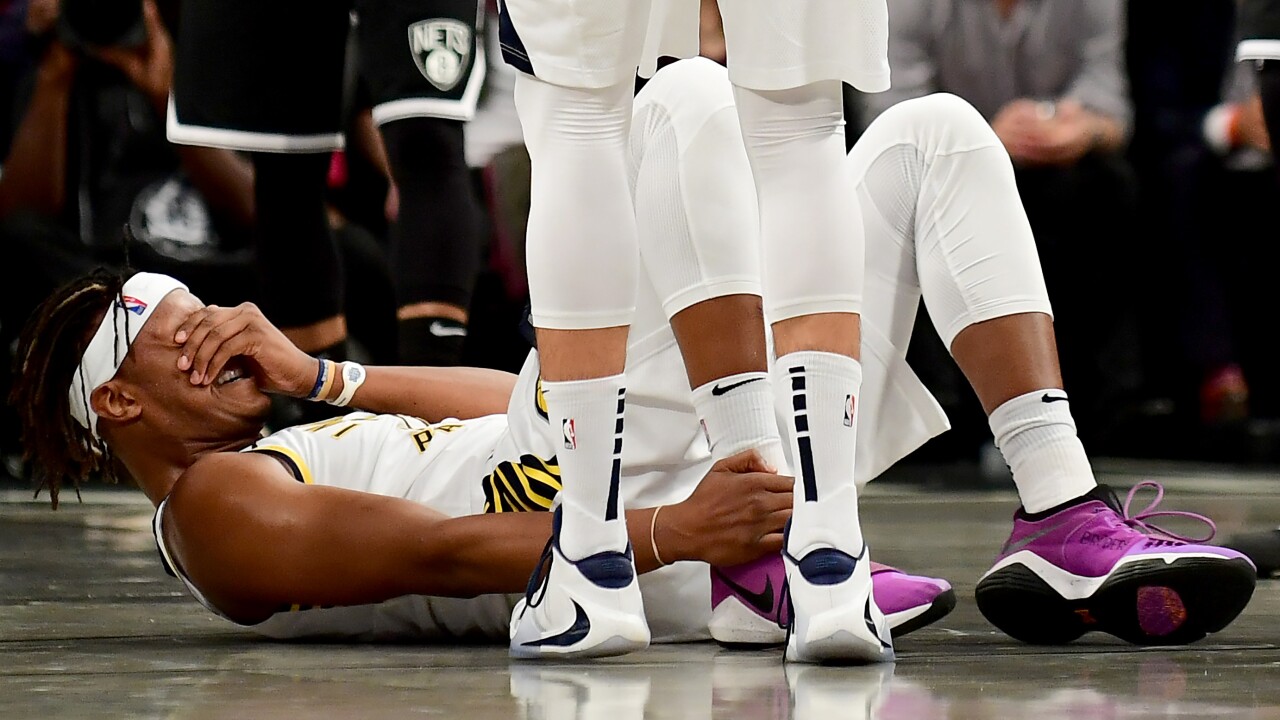 Emilee Chinn/Getty Images
NEW YORK, NEW YORK - OCTOBER 30: Myles Turner #33 of the Indiana Pacers holds his ankle after getting hurt in the first half of their game against the Brooklyn Nets at Barclays Center on October 30, 2019 in the Brooklyn borough of New York City. NOTE TO USER: User expressly acknowledges and agrees that, by downloading and or using this Photograph, user is consenting to the terms and conditions of the Getty Images License Agreement. (Photo by Emilee Chinn/Getty Images)

INDIANAPOLIS—The Pacers are already playing without star Victor Oladipo, who was injured last season. Now the team will be without Myles Turner.

How long Turner will be out isn't clear. He's listed as "week-to-week" by the team, after spraining his right ankle during Wednesday's game at Brooklyn.

The injury came in the first quarter of the game, which Indiana went on the win. Without Turner on the court, other Pacers stepped up. Four starters scored 20 or more points against the Nets.

Wednesday's victory over Brooklyn was Indiana's first win of the season. The Pacers take a 1-3 record into Friday's home game with Cleveland. Indiana is also home on Sunday, against Chicago.