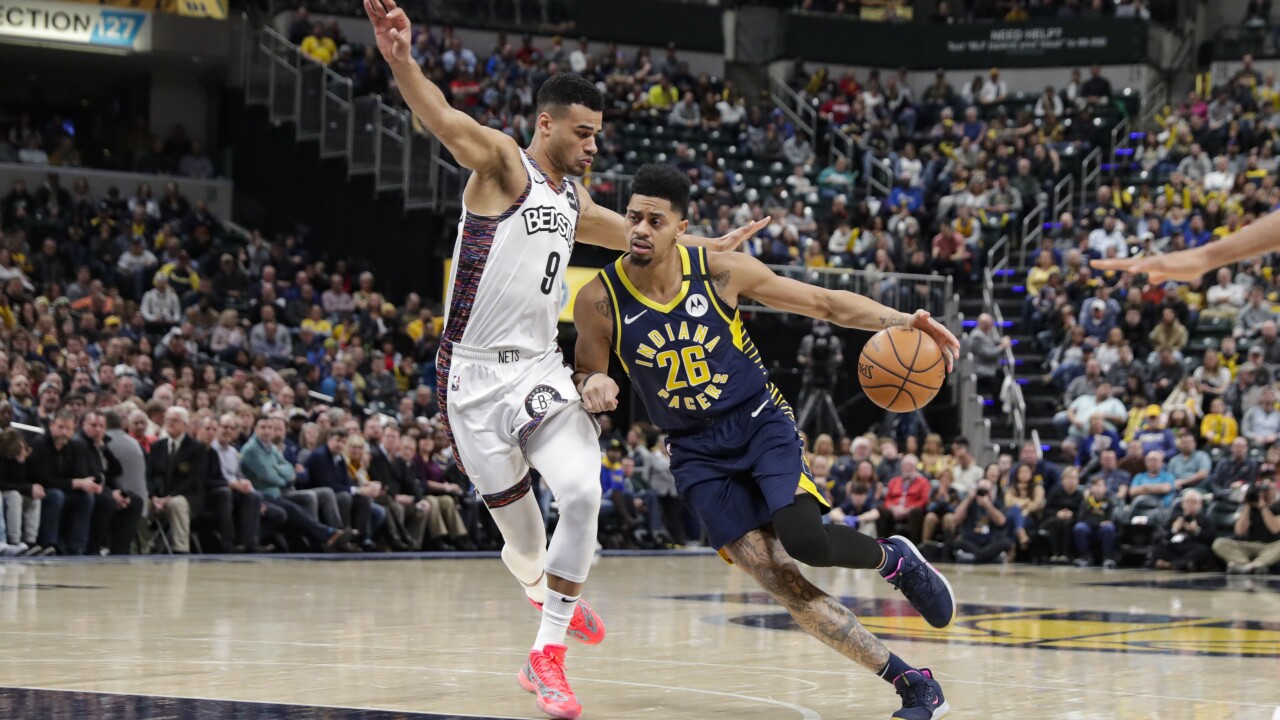 INDIANAPOLIS — The losses are piling up for the Pacers. It's now six straight overall and five consecutive at home.

Monday night at Bankers Life, Spencer Dinwiddie hit a jumper for Brooklyn with five seconds to go to give the Nets a 106-105 win.

The loss spoiled a brilliant night for Domantas Sabonis who finished with a triple-double: 23 points, 10 rebounds and 11 assists.

The Pacers took a three point lead into the final period and stayed on top most of the quarter until Brooklyn went out in front by one with 24 seconds left. Indiana answered with a basket at the nine second mark and then Dinwiddie nailed the winning score.

The Pacers are now 31-23 and face the current top team in the NBA, Milwaukee, Wednesday at Bankers Life.