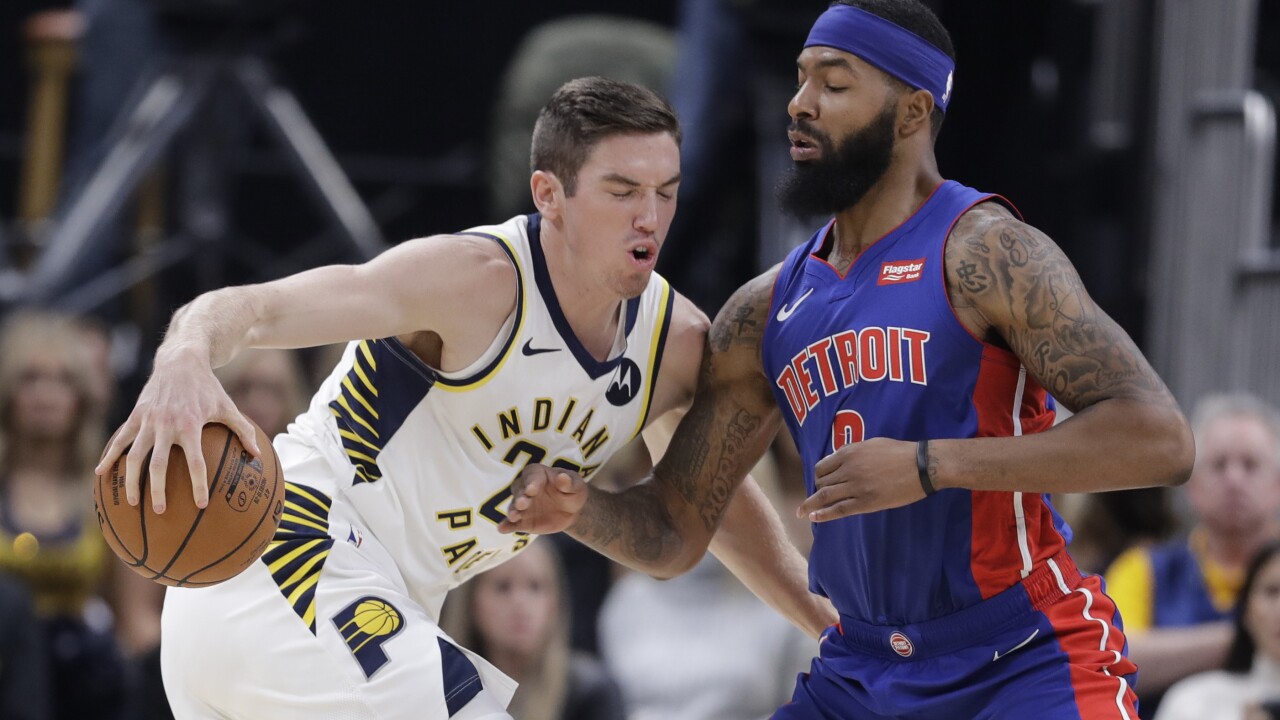 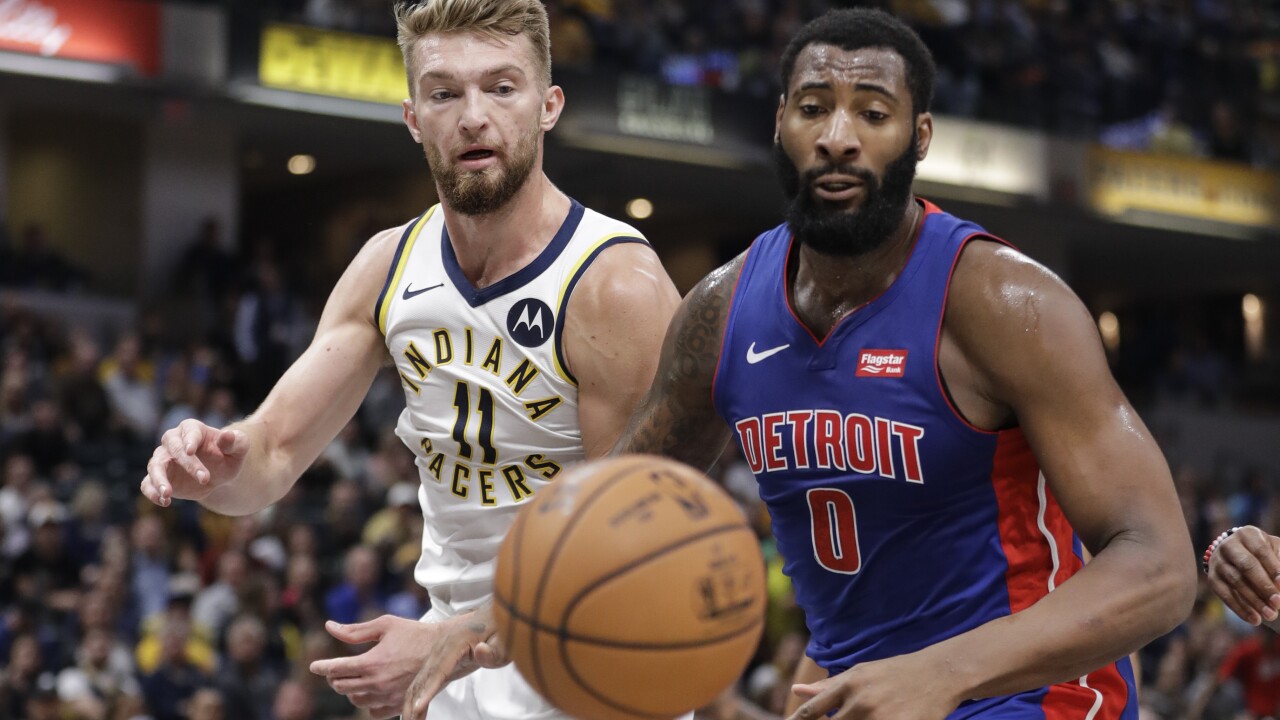 INDIANAPOLIS—The Pistons took control late in the game for a 119-110 win over the Pacers on opening night at Bankers Life Fieldhouse.

Domantas Sabonis led Indiana in scoring with 27 points and Myles Turner had 25, but they were no match for Detroit's duo of Andre Drummond and Luke Kennard.

Drummond led the Pistons with 32 points and 23 rebounds. Kennard had 30 points.

Indiana took an 86-83 lead into the final quarter, but over the closing moments of the game, Detroit outscored the Pacers 22-9.

The Pacers now go on the road and return home next week for a Friday game against Cleveland.