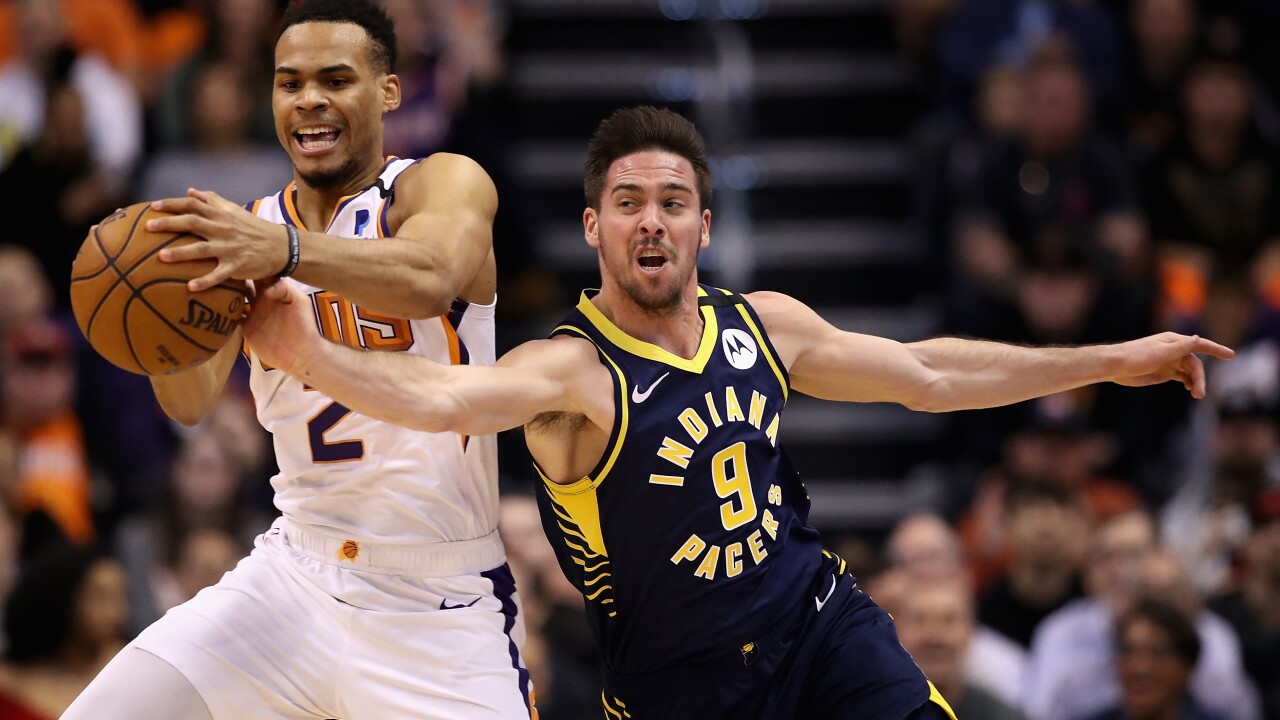 Christian Petersen/Getty Images
PHOENIX, ARIZONA - JANUARY 22: Elie Okobo #2 of the Phoenix Suns and T.J. McConnell #9 of the Indiana Pacers reach for a loose ball during the first half of the NBA game at Talking Stick Resort Arena on January 22, 2020 in Phoenix, Arizona. NOTE TO USER: User expressly acknowledges and agrees that, by downloading and or using this photograph, user is consenting to the terms and conditions of the Getty Images License Agreement. Mandatory Copyright Notice: Copyright 2020 NBAE. (Photo by Christian Petersen/Getty Images)

PHOENIX — Two days after suffering one of their worst defeats of the season at Utah, the Pacers responded with a dominating win in Phoenix.

In beating the Suns 112-87, Indiana won for the sixth time in seven games.

The Pacers led by six at the half, outscored Phoenix 29-17 in the third quarter and went on to a 25 point win.

The big story was in the Indiana defense, holding the Suns to 35% shooting and forcing 13 Phoenix turnovers.

Indiana travels to Golden State Friday. The Warriors, who have been to the last five NBA Finals, currently have the league's worst record.