Win is third in four games for Indiana 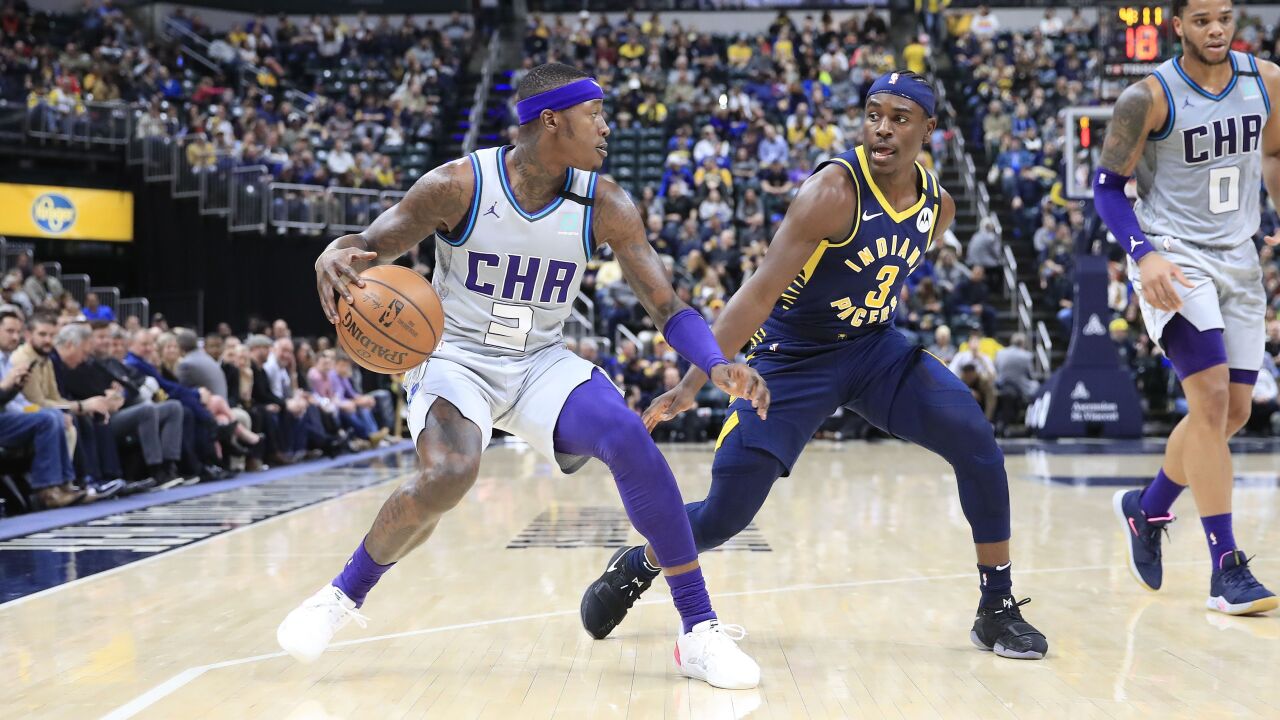 Andy Lyons/Getty Images
INDIANAPOLIS, INDIANA - FEBRUARY 25: Terry Rozier #3 of the Charlotte Hornets dribbles the ball against the Indiana Pacers at Bankers Life Fieldhouse on February 25, 2020 in Indianapolis, Indiana. NOTE TO USER: User expressly acknowledges and agrees that, by downloading and or using this photograph, User is consenting to the terms and conditions of the Getty Images License Agreement. (Photo by Andy Lyons/Getty Images)

INDIANAPOLIS — Two days after playing one of their worst games of the season, the Pacers responded with one of their best against Charlotte.

Indiana staked itself to 69-44 halftime lead, then went up by as many as 43 points in the final period before winning 119-80.

The Pacers hit 57% of their shots while limiting the Hornets to 33%. Indiana also owned the boards, with a 57-39 rebounding advantage.

The Pacers are next in action on Thursday, an 8 p.m. game against Portland.