George Hill learned he was getting traded in a voicemail 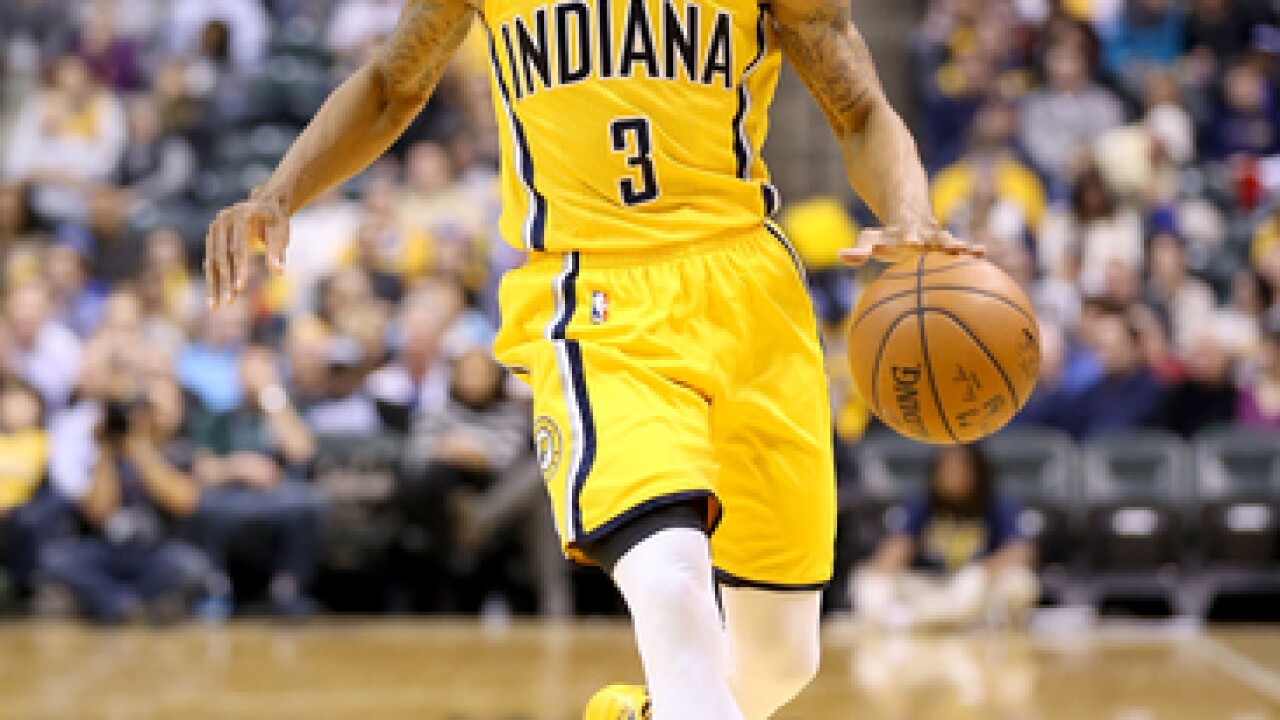 Andy Lyons
<p>INDIANAPOLIS, IN - DECEMBER 18: George Hill #3 of the Indiana Pacers dribbles the ball against the Brooklyn Nets during the game at Bankers Life Fieldhouse on December 18, 2015 in Indianapolis, Indiana. NOTE TO USER: User expressly acknowledges and agrees that, by downloading and or using this Photograph, user is consenting to the terms and conditions of the Getty Images License Agreement. (Photo by Andy Lyons/Getty Images)</p>

INDIANAPOLIS -- Above everything else, the NBA is a business. If George Hill didn't already know that, he certainly does now.

Hill spent five years with the Indiana Pacers, but was traded to the Utah Jazz on June 22.

The Pacers received point guard Jeff Teague from the Atlanta Hawks in the trade.

In Hill's first press conference with Utah, he said he was surprised he was traded.

"Last time I checked, I was supposed to retire from Indiana," Hill said. "Very surprising, but I know this is a business and anything can happen. So, I’m not upset about it. I think I’m in a great situation here. I’m here, somewhere where I feel wanted right now."

With the Pacers, Hill averaged 12.3 points per game and 3.9 assists per game.

Hill said he learned he was getting traded when he checked his phone after a workout and listened to a voicemail from Larry Bird saying "We had to trade you to Utah."

One name fans had for Hill in Indy was "Hometown Hero." Hill went to IUPUI from 2004-2008 and played high school basketball at Broad Ripple. But his replacement is also from the Circle City, as Teague went to Pike High School.

Hill is also reunited with former Brownsburg and Butler player Gordon Hayward in Utah. Hayward was drafted ninth in the 2010 NBA Draft after two years at Butler.

"I’ve known [Hayward] since he was a sophomore at Brownsburg and I was in college at the time," Hill said. "And then him going on to Butler. When I actually got to the NBA, I still kept tabs on him to see how he was doing, him and Shelvin [Mack], at Butler. Because IUPUI and Butler are right down the right street from each other, we were all kind of like one big little group there. I've known him for awhile."

George Hill | PointAfter
Copyright 2016 Scripps Media, Inc. All rights reserved. This material may not be published, broadcast, rewritten, or redistributed.