Pacers WaitTime: Get that popcorn and beer faster at Pacers games, thanks to technology 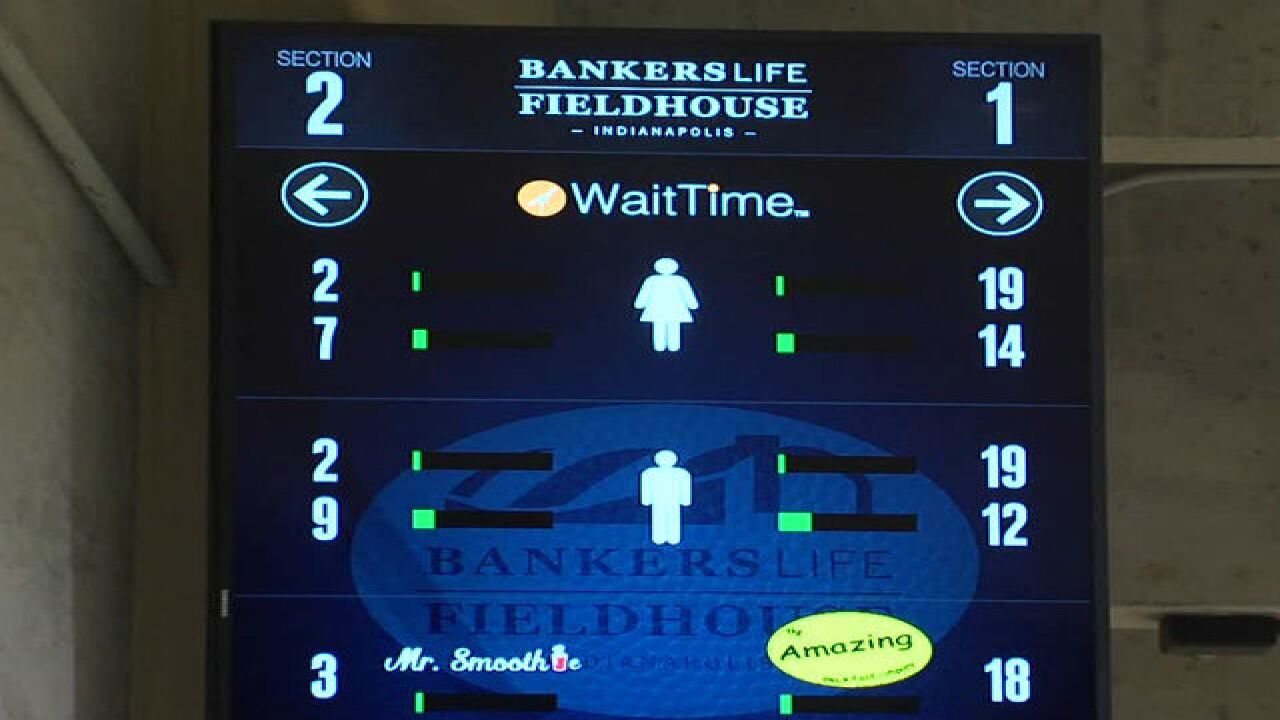 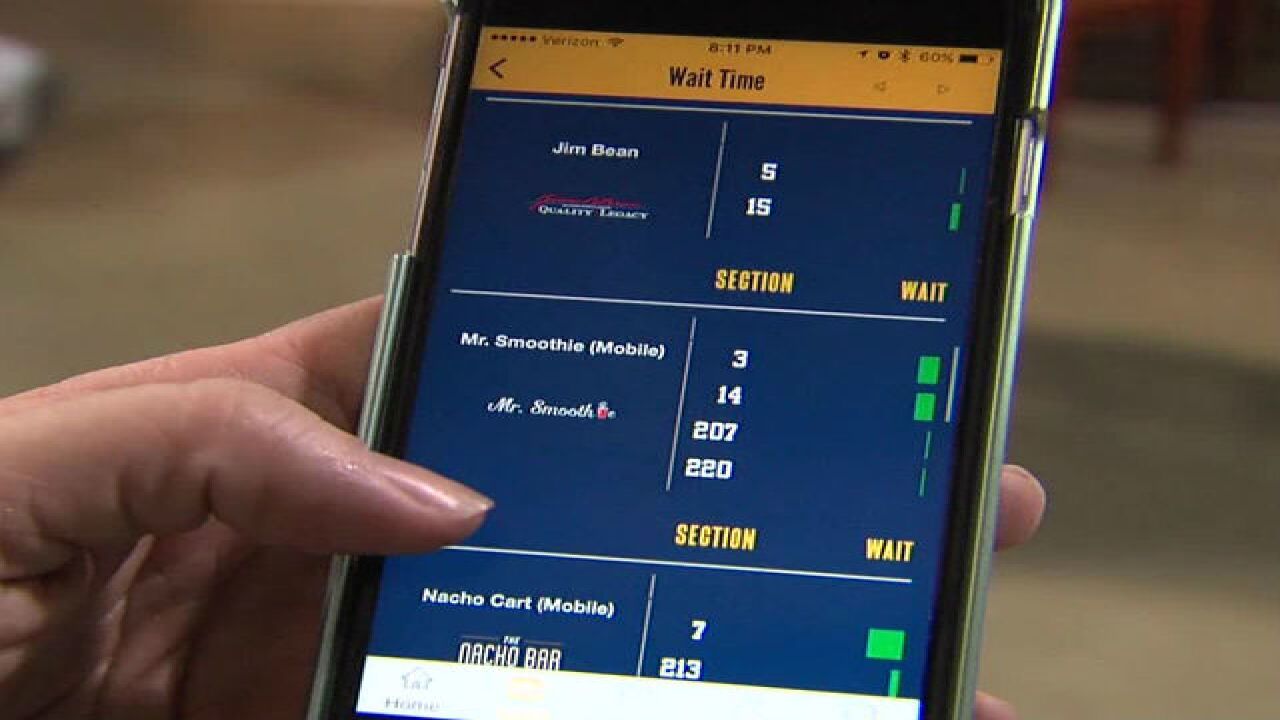 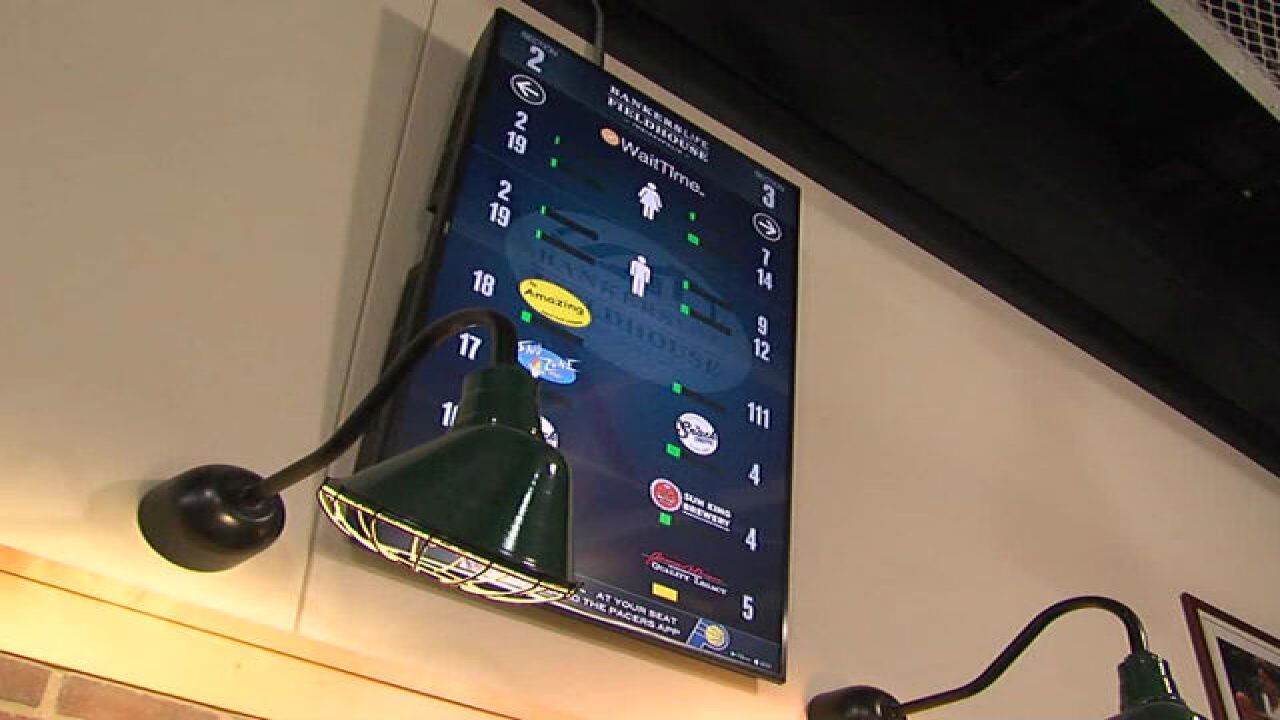 INDIANAPOLIS -- We all hate waiting. Whether you're sitting in traffic, waiting at home for a package to arrive or standing in line at a concession stand.

Zach Klima can do something about that last one.

His company, WaitTime, recently installed its cameras and technology at Bankers Life Fieldhouse, making lives easier for fans wanting to grab some food or use the restroom.

"We're a very impatient culture," said Klima, a self-confessed impatient person. "It's partially why I formed the company."

There are 87 new cameras across the concourses of Bankers Life Fieldhouse, constantly reading everybody who enters a restroom or concession stand.

Those cameras use what they see and feed the information into monitors set up across the arena and into the Pacers mobile app.

It'll show you how long you'll have to wait in line for each restroom or concession stand. You'll know to turn left or right based on a green, yellow or red bar. So how's the technology work?

The cameras take 10 shots per second. Each person in the shot is marked and tracked based on what they're doing -- just passing through, waiting in a line, or standing in the area. The cameras are high-tech: They can track you down to inches per second you move, the direction you move and the speed you walk.

Live view of our first in the world smart-stadium A.I platform. Never before had analytics of human behavior! pic.twitter.com/LcLTV2MhTQ

All this technology is used by the Pacers to give people the quickest bathroom or concession process possible.

It also allows the Pacers to get through customers quicker, which means an increase in revenue. Klima said at the Detroit Pistons' arena, the only other NBA team to use the technology, they've found other ways to make money with it.

The venders who walk around the concourse selling beer can look at the signs, find the longest lines and go there, selling to stragglers who gave up and left the line.

The monitors and technology have been available at Bankers Life Fieldhouse since the Pacers' opening night on Oct. 26, but it's so far, so good.

"You want to be sure that it does work and it is accurate and the fans get what they deserve," Ed Frederici, the Pacers' chief technology officer, said. "So far, it's been stellar for us."

Klima said a Pacers representative told him they haven't received this much press on technology in a long time.

The Pacers will be running ads on the monitors to help offset the cost, Klima said.

This kind of product is still very new -- the Pistons have only had it for a year. But Klima said the fans have loved it.

"It went absolutely crazy with the fans," he said. "They were tweeting about it and it was all over social media. ... We knew that was going to be a fantastic thing for us."