'I felt at home.' Why Indiana has embraced Victor Oladipo 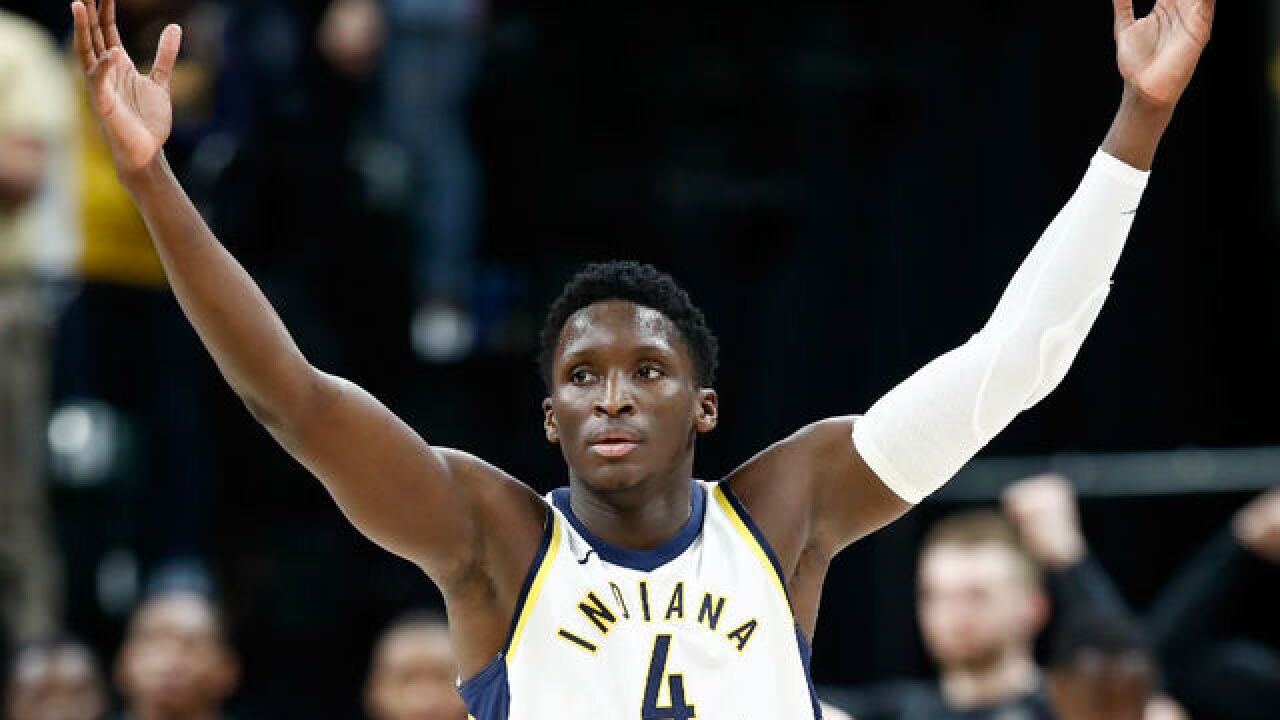 INDIANAPOLIS -- Victor Oladipo's first NBA game was in Indiana. It was months after he left Indiana University and went to the Orlando Magic in the NBA Draft.

Playing against the Pacers, Oladipo received a standing ovation before the game.

"That’s love," Oladipo wrote in The Players' Tribune. "I felt at home."

Oladipo wrote about how uncertain he and Domantas Sabonis felt after the trade from Oklahoma City to Indianapolis.

"So I knew Doma wouldn’t want me to sugarcoat anything, but I had to check in with him — let him know what I was thinking," Oladipo wrote. "I texted him what I knew was true: 'I promise, if you win here in Indiana, they’ll embrace you like no other.'"

When he first got to IU, nobody knew him -- or how to pronounce his name. They said Oh-la-DIppo, Oh-la-DYE-poe, or Oh-la-PEE-do.

Eventually, people learned who he was. When he left Indiana, he was a First Team All-American, and the Big Ten Defensive Player of the Year. He set a school record for most steals in a season.

Oladipo said playing at IU helped him learn about being a part of something bigger than yourself. Every time somebody pointed him out, it made him want to work that much harder at being great. Because basketball is different in Indiana.

"I think even right now very few people outside of Indiana recognize how much basketball means to the state," Oladipo wrote. "There’s a basketball hoop in every driveway. It’s all Hoosiers and Pacers flags. And a big high school game pretty much shuts an entire community down."