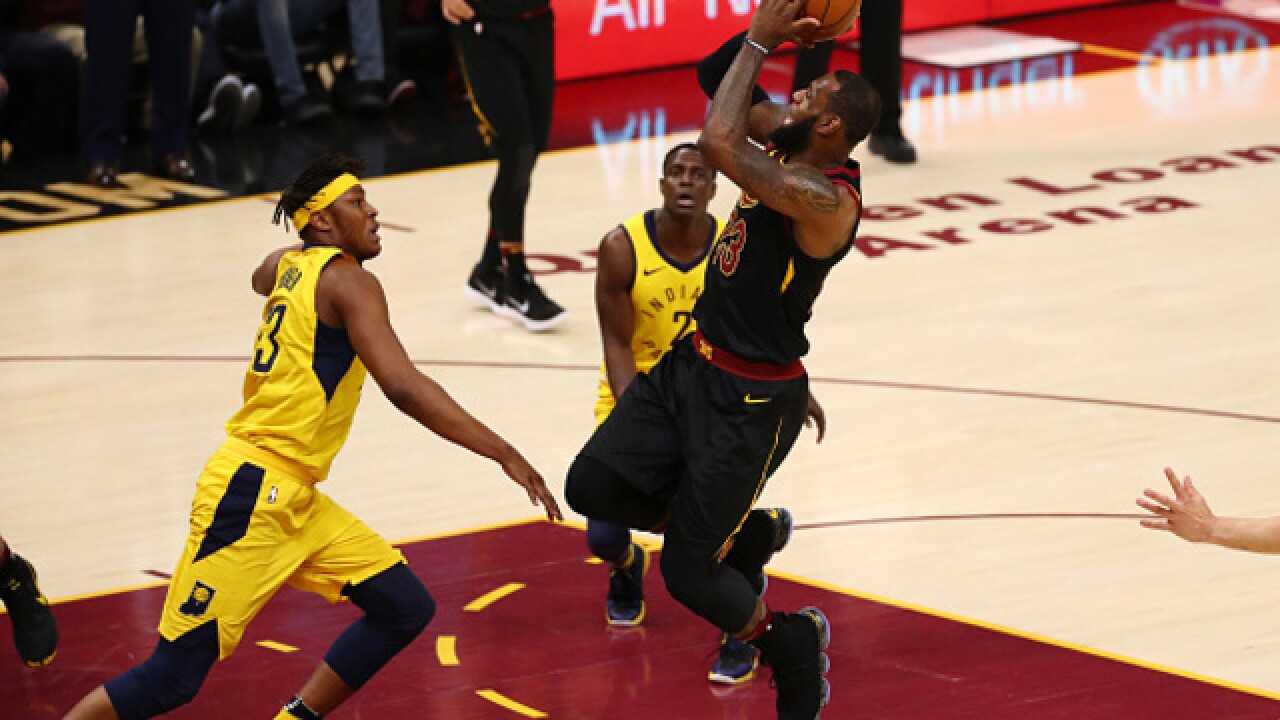 Copyright 2018 Scripps Media, Inc. All rights reserved. This material may not be published, broadcast, rewritten, or redistributed.
Gregory Shamus
<p>CLEVELAND, OH - APRIL 25: LeBron James #23 of the Cleveland Cavaliers tries to get off a first half shot over Myles Turner #33 of the Indiana Pacers in Game Five of the Eastern Conference Quarterfinals during the 2018 NBA Playoffs at Quicken Loans Arena on April 25, 2018 in Cleveland, Ohio. NOTE TO USER: User expressly acknowledges and agrees that, by downloading and or using this photograph, User is consenting to the terms and conditions of the Getty Images License Agreement. (Photo by Gregory Shamus/Getty Images)</p>

INDIANAPOLIS -- Indianapolis Mayor Joe Hogsett sends a message to the Cleveland Cavaliers ahead of Game 6 against the Indiana Pacers at Bankers Life Fieldhouse on Friday.

The order is in reaction to a key moment in Game 5, with the score tied at 95, when Victor Oladipo was at the rim and LeBron James blocked his shot.

Oladipo and Pacers fans say it should have been called as goaltending.

Oh — one more thing. By executive order, I am proud to outlaw goaltending in the City of Indianapolis... for every player, on every team.

I’m ready for Game 6, are you? #Pacers #Together pic.twitter.com/JDKnufwWq9

Everyone is encouraged to wear their Pacers gear to help rally the team to victory over the Cavs.