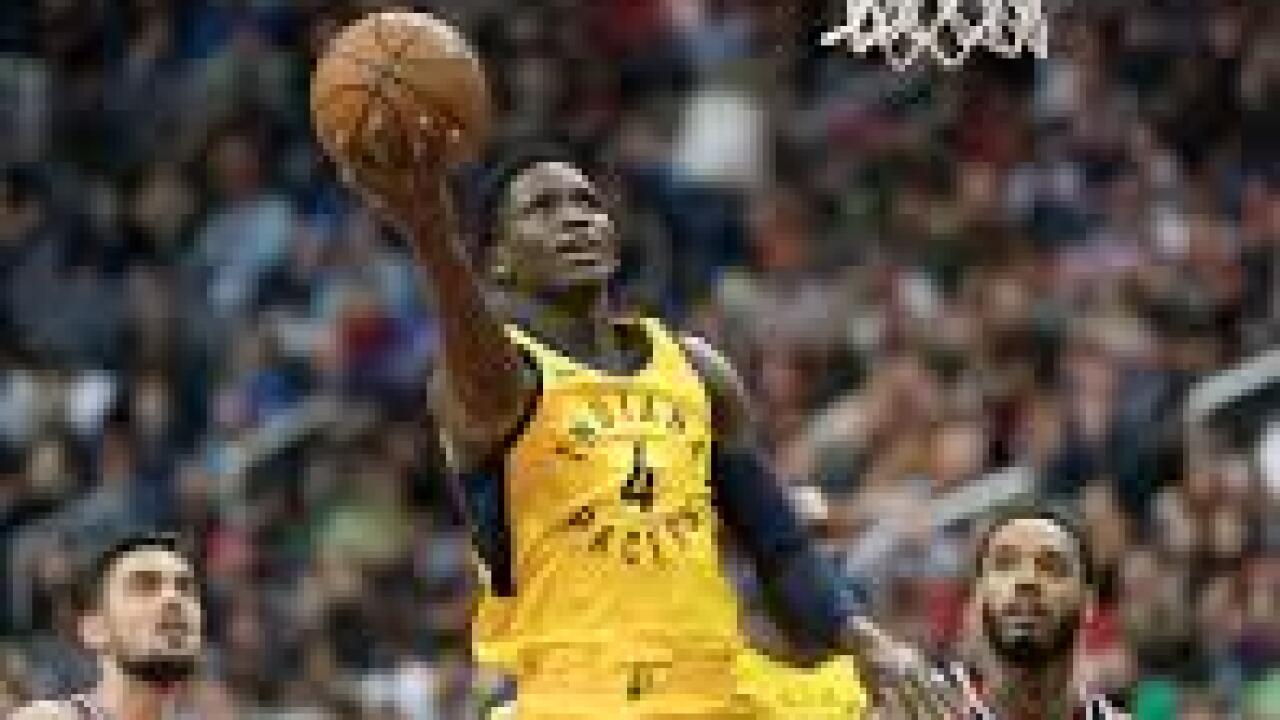 He's been rehabbing in Miami, after being lost for the season in late-January when he suffered a ruptured quad tendon.

Video from a Miami gym shows Oladipo with a brace on his right leg, walking slowly and hitting three point baskets.

👀 Look who's taking his first steps back to recovery.#Unbreakable @VicOladipo

There is still no timetable for Oladipo's return.

He suffered the injury in a game against Toronto at Bankers Life Fieldhouse.

Oladipo was averaging 19-points per-game for the Pacers this season.

The former Indiana University player came to the Pacers last season, averaged 23-points per-game and made the NBA All Star Team.