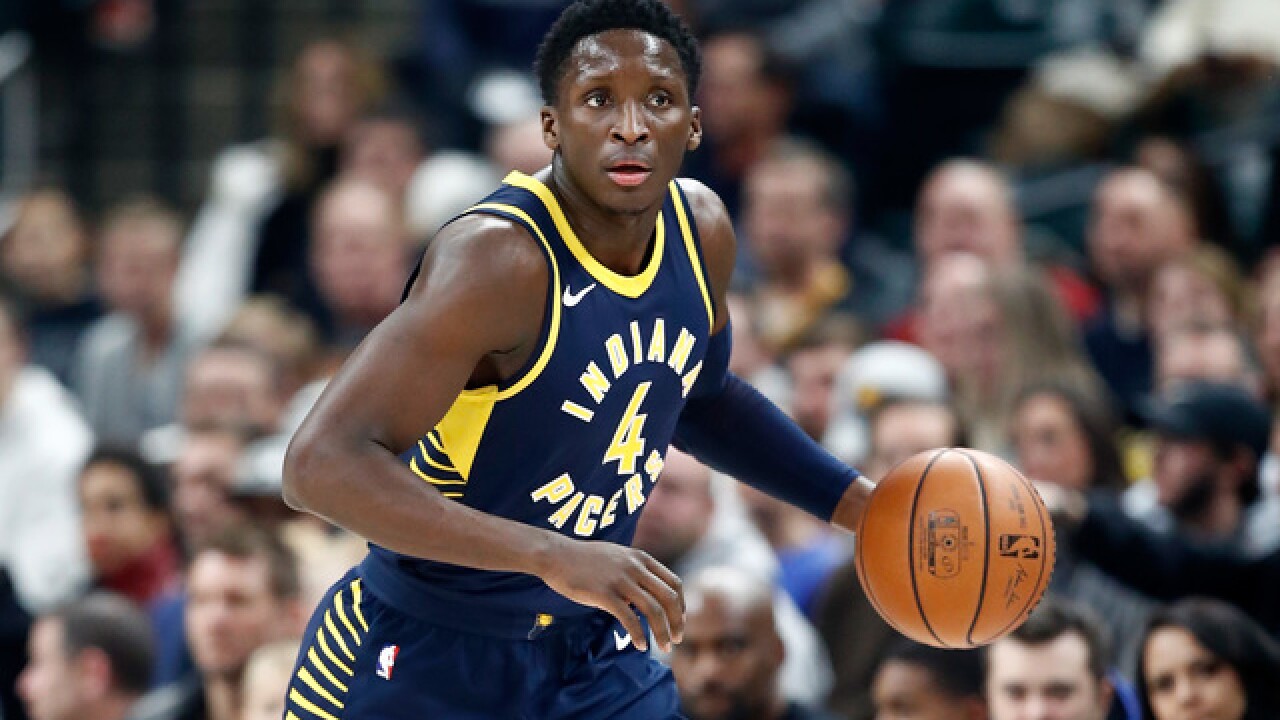 Copyright 2018 Scripps Media, Inc. All rights reserved. This material may not be published, broadcast, rewritten, or redistributed.
Andy Lyons
INDIANAPOLIS, IN - DECEMBER 08: Victor Oladipo #4 of the Indiana Pacers dribbles the ball against the Cleveland Cavaliers at Bankers Life Fieldhouse on December 8, 2017 in Indianapolis, Indiana. NOTE TO USER: User expressly acknowledges and agrees that, by downloading and or using this photograph, User is consenting to the terms and conditions of the Getty Images License Agreement. (Photo by Andy Lyons/Getty Images) 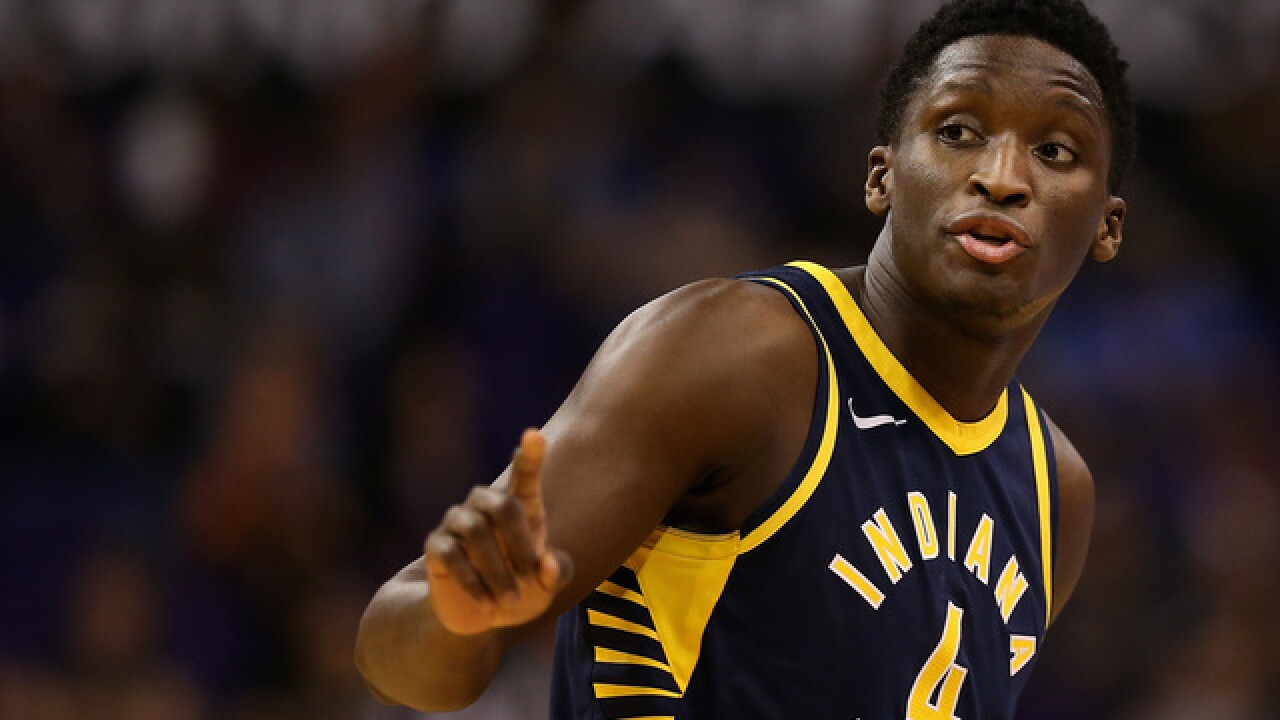 INDIANAPOLIS -- Victor Oladipo has been named a reserve for the 2018 NBA All-Star game.

It'll be the first All-Star game for the Pacers player who is averaging 24 points, 5 rebounds and 4 assists a game. He is the 13th Pacers player to be named to the All-Star team.

Oladipo is in his fifth season in the NBA.

Eastern coaches voted for the seven reserves, according to the Pacers.

"I will represent everyone with great pride."
- #Pacers #NBAAllStar Victor Oladipo pic.twitter.com/loTzkHsKix

The new All-Star Game format allows for two captains to choose their rosters from the pool of players voted as starters and reserves.

The 2018 captains are LeBron James of the Cleveland Cavaliers and Stephen Curry of the Golden State Warriors.

Teams will be announced on January 25.