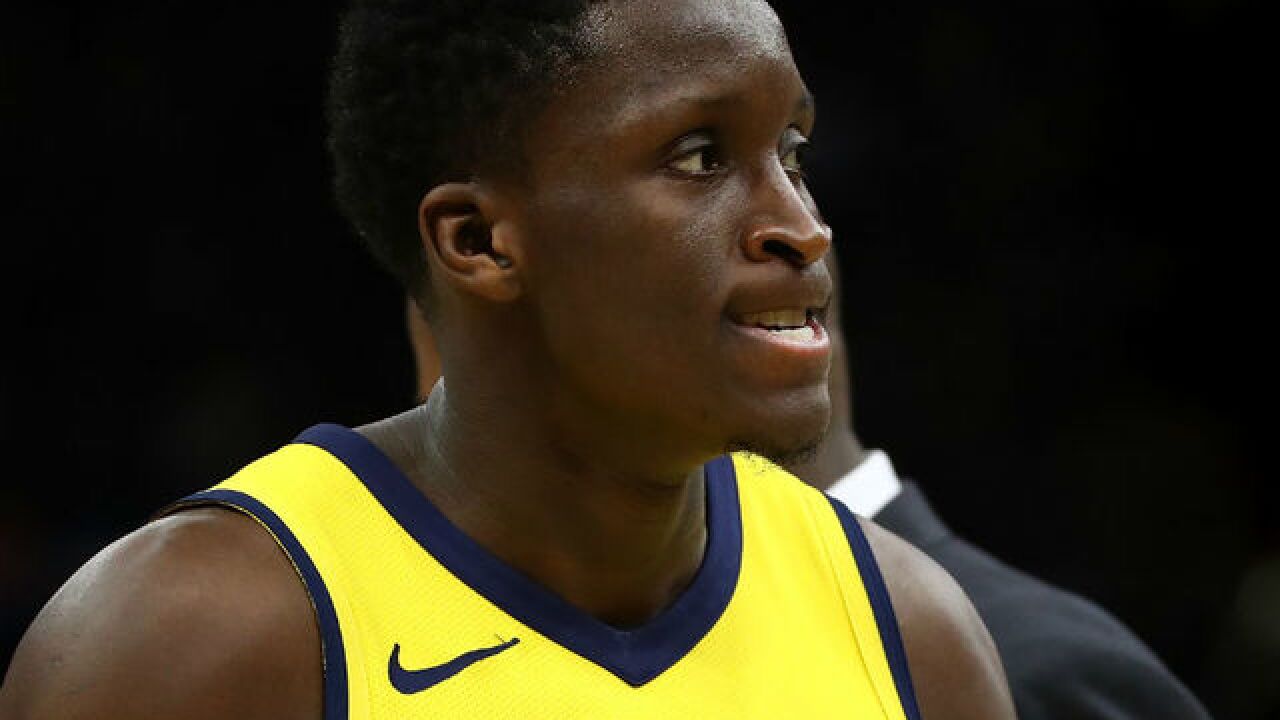 INDIANAPOLIS -- Oh, Victor Oladipo. The Indiana Pacers' star guard enjoyed a career year on the court last season, but it ended with a Game 7 loss to the Cleveland Cavaliers on the road.

Upon returning to Indianapolis, Oladipo and the rest of the Pacers were greeted by some superfans, thanking the team for a surprisingly successful season.

Oladipo personally greeted every single one. The 25-year-old guard from Indiana University was seen signing autographs and posing for selfies with the die-hard fans Sunday.

A group of #Pacers fans awaited the team’s return to Indy. So Victor Oladipo personally greeted each of them. pic.twitter.com/TeixDEDn70

After the game, Oladipo said the experience taught him more about what he wants in his career.

"I don't know how to take time off. I had someone tell me, 'Take a break and enjoy my life.' This is my life," Oladipo said, via ESPN. "I feel like I've got a lot of room to improve. This summer I'm going to go to work so I can come back even better."