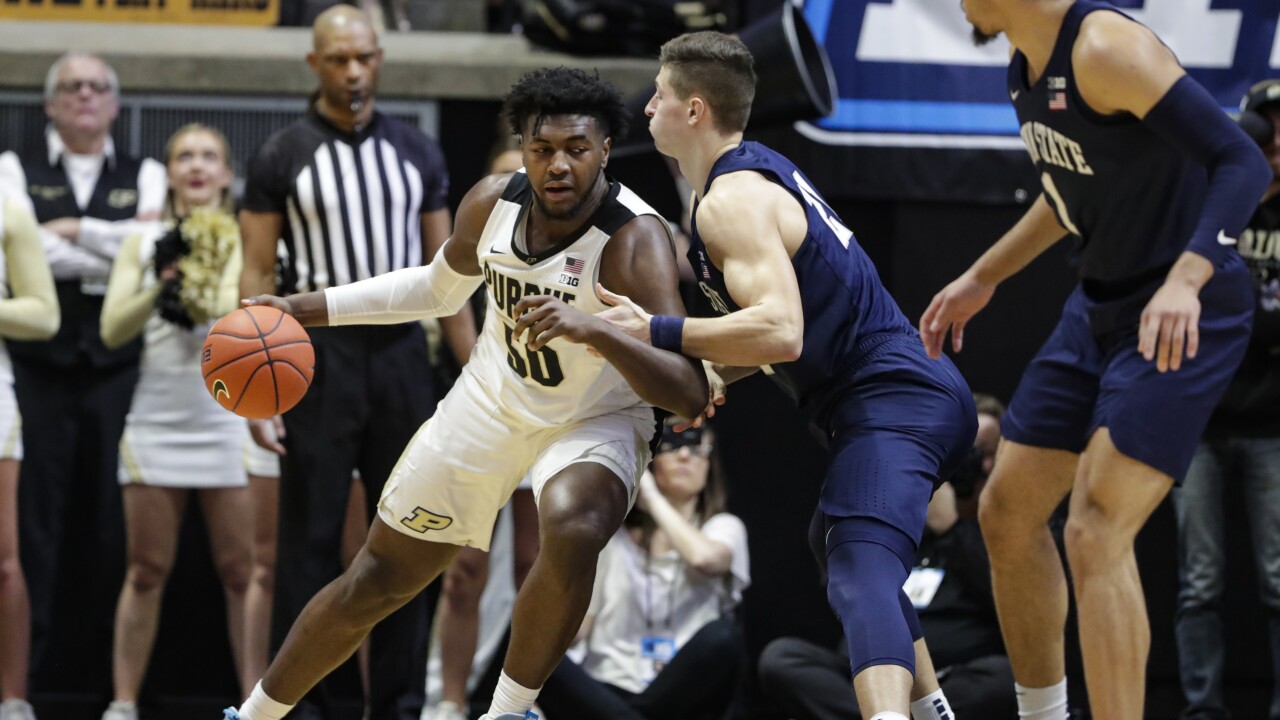 WEST LAFAYETTE — To say the Penn State men's basketball team is hot would be an understatement.

The Nittany Lions proved that at the expense of Purdue Tuesday at Mackey Arena. The Boilermakers, winners of three straight coming into the game, lost 88-76.

Penn State was up by 12 at the half and 24 early in the second half. Purdue would outscore the Lions 42-30 over the final 14 minutes of the game and pull to within 7 points with one minute left, but it wasn't enough.

Trevion Williams had 17 points and 10 rebounds to lead Pudue, which is now 14-10 overall and 7-7 in conference play.

Penn State hit 14 of 26 three points attempts and got 19 points and 10 rebounds from Mike Watkins.

The Lions, now winners of seven consecutive games, have a 19-5 overall record and are 9-4 in the Big Ten.