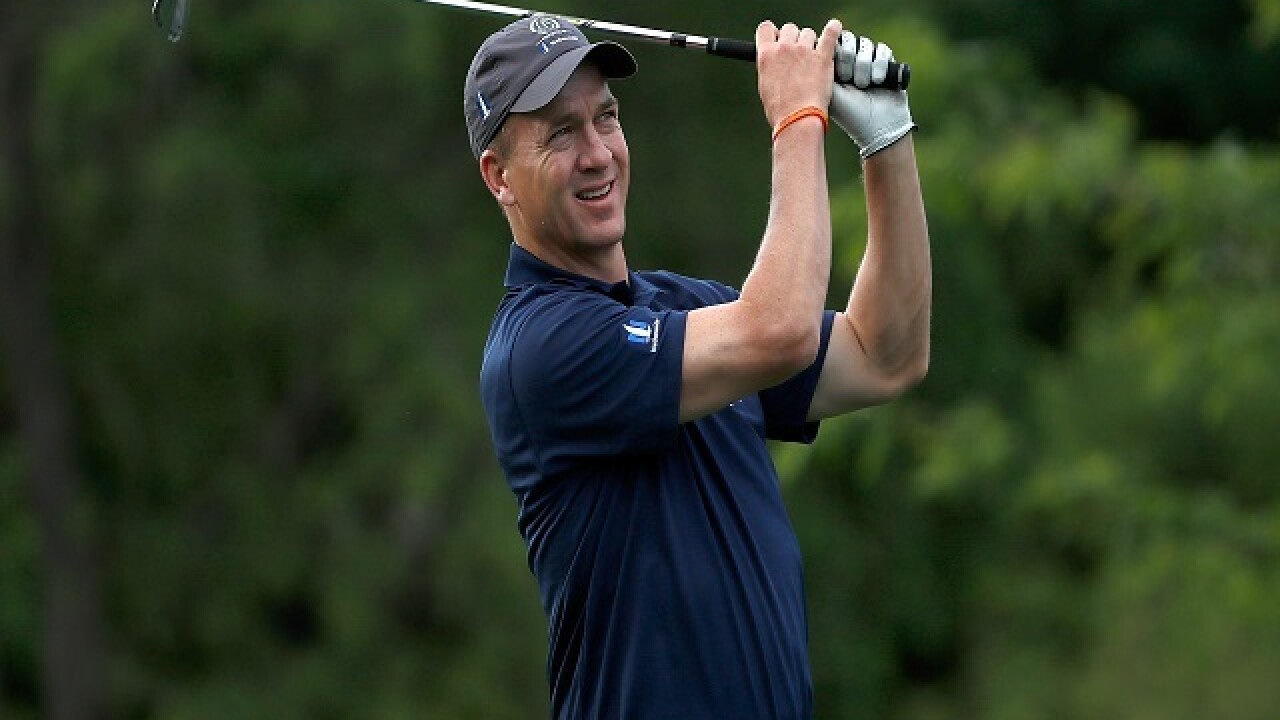 Image copyright 2017 Getty Images. All rights reserved. This material may not be published, broadcast, rewritten, or redistributed.
Sam Greenwood
<p>DUBLIN, OH - MAY 31: Peyton Manning plays a shot during the pro-am round of The Memorial Tournament Presented By Nationwide at Muirfield Village Golf Club on May 31, 2017 in Dublin, Ohio. (Photo by Sam Greenwood/Getty Images)</p>

CHERRY HILLS VILLAGE, Colo. – Peyton Manning continues to show off his talents in sports commercials, and now on the golf course.

Manning hit a hole-in-one at the 12th hole at Cherry Hills Country Club Saturday, according to the Denver Post.

The post reported Brandon Stokley, Broncos receiver, as well as Broncos President and CEO Joe Ellis were witnesses to the event.

In June, Manning was reportedly seen leaving the White House where he played golf with President Donald Trump.