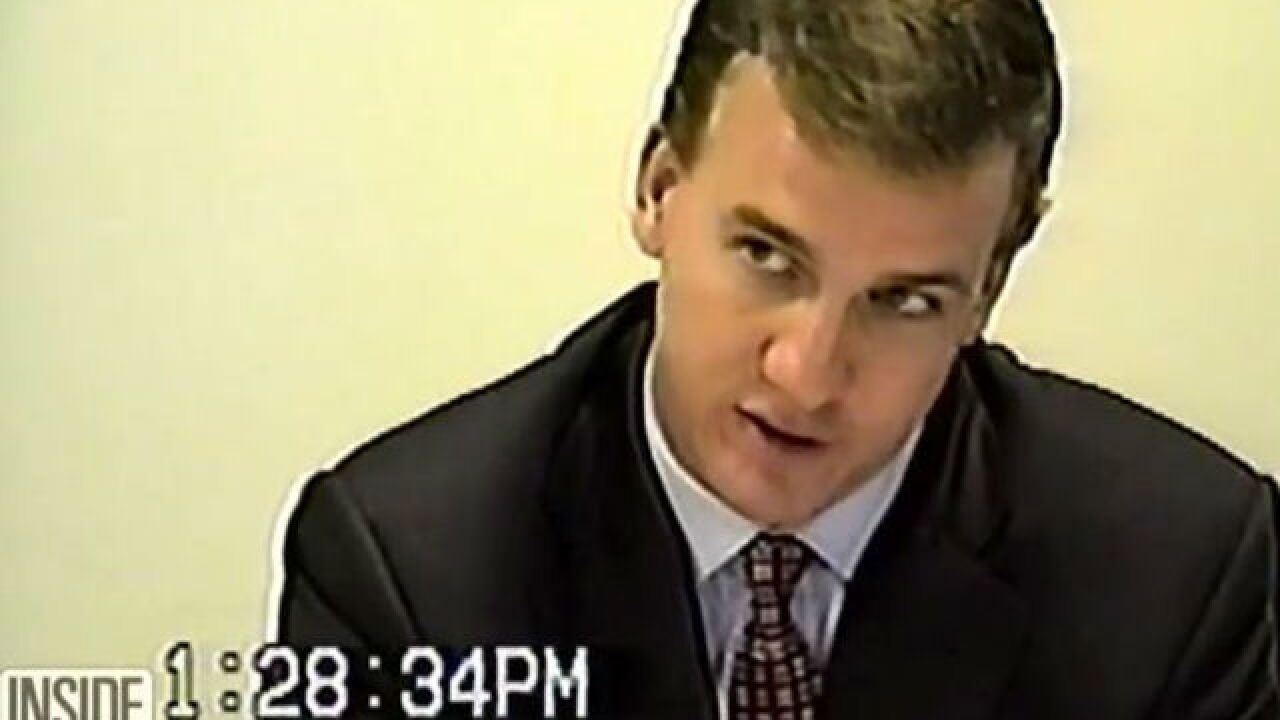 Copyright 2017 Scripps Media, Inc. All rights reserved. This material may not be published, broadcast, rewritten, or redistributed.
Inside Edition

INDIANAPOLIS -- For the first time since the alleged incident in 1996, the woman accusing former Indianapolis Colts quarterback Peyton Manning of sexual assault and harassment spoke publicly about what she says happened.

Jamie Naughright was a trainer at the University of Tennessee in 1996 when Manning was a sophomore. She said Manning put his testicles and anus on her face when she was treating him for a foot injury. Naughright spoke to "Inside Edition" about her claims.

“I was repulsed," Naughright said. "I was scared. I was intimidated. … It was definitely a predator — intimidating, anger, violent eyes that he had.”

Manning has said he was mooning a friend in the training room. "Inside Edition" aired video of Manning testifying about the incident in 2003, when he was a member of the Colts.

"I, briefly, pulled down my pants to, so-called "moon" him," Manning said. "One second, one-and-a-half seconds, I pulled my pants back up, and continued with Jamie's examination of the bottom of my foot."

"Peyton Manning has been absolutely clear: Jamie Naughright's accusations are false. When her claims were first investigated 21 years ago, she told a very different story. Her current account was invented several years later in connection with her first of several groundless litigations against Peyton. Most recently, she left Peyton's mother a vulgar and extremely disturbing voicemail. Ms. Naughright should stop this abusive behavior."