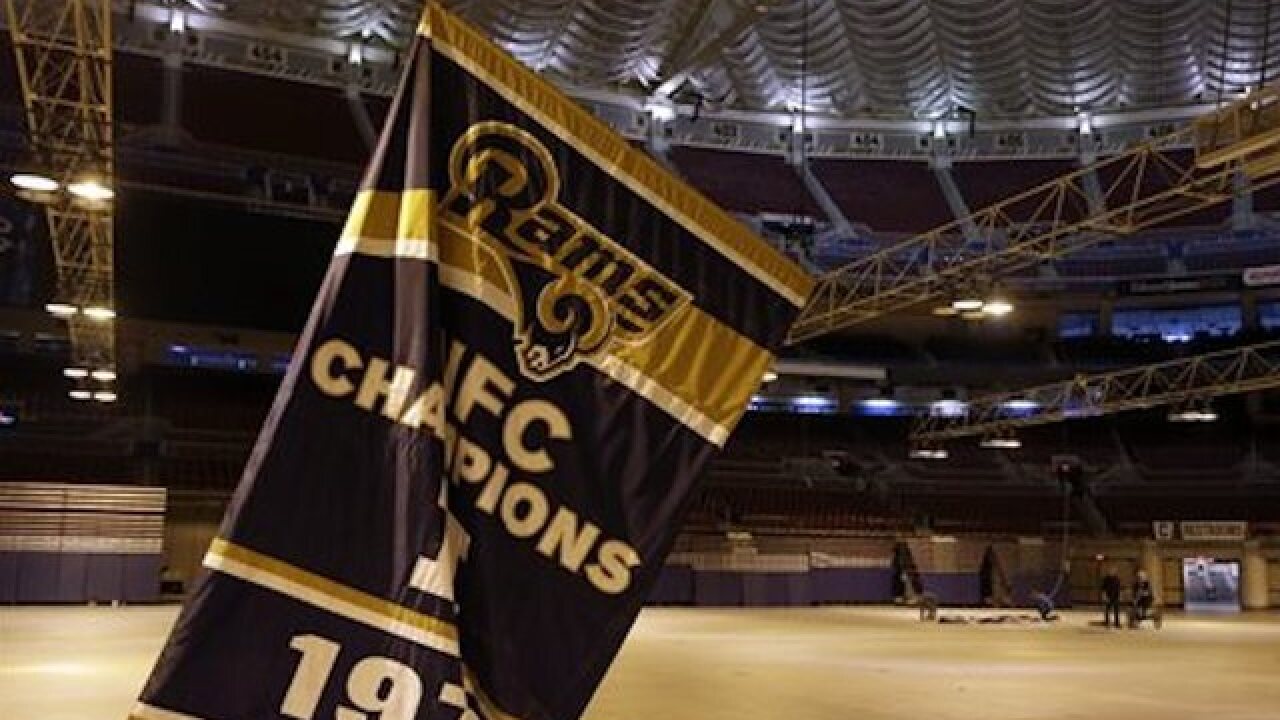 ST. LOUIS (AP) — A second lawsuit has been filed over the Rams' move to Los Angeles, this time by holders of personal seat licenses who say they should retain their right to seat licenses and season tickets, even in California.

The suit said the PSL agreement in St. Louis granted holders "the right to purchase season tickets for the assigned seats for each and every football season through the year 2025," but did not stipulate that the games had to be played in St. Louis.

"It's our position that the PSL holders should be allowed to either purchase tickets in L.A., or to transfer their PSLs to those who want to purchase season tickets in L.A.," said attorney David Bohm. He is representing his brother and sister-in-law, Robert and Sue Bohm, along with Edward Mock and Envision LLC, an IT consulting firm and staffing agency that bought six PSLs for $27,000.

The suit seeks class-action status for more than 30,000 PSL holders who retained licenses as of the 2015 season. The suit was filed last week in St. Louis County. Messages seeking comment Thursday from the Rams were not returned.

NFL owners voted Jan. 12 to allow the Rams to relocate to Los Angeles starting next season. The move returns the team to their home before moving to St. Louis in 1995.

Though St. Louis-area fans might seem unlikely to travel nearly 2,000 miles for football games, resale of PSLs or season tickets could be lucrative. The Rams said Wednesday they collected more than 45,000 season ticket deposits in just two days. The team plans to play in the Coliseum next season and move into owner Stan Kroenke's planned Inglewood stadium in 2019.

A suit filed earlier this month on behalf of St. Louis Rams fans alleged that Kroenke and chief operating officer Kevin Demoff deceived fans by claiming the team had no intention of leaving, while plotting the move all along. That suit said the deception violated Missouri's Merchandising Practices Act.