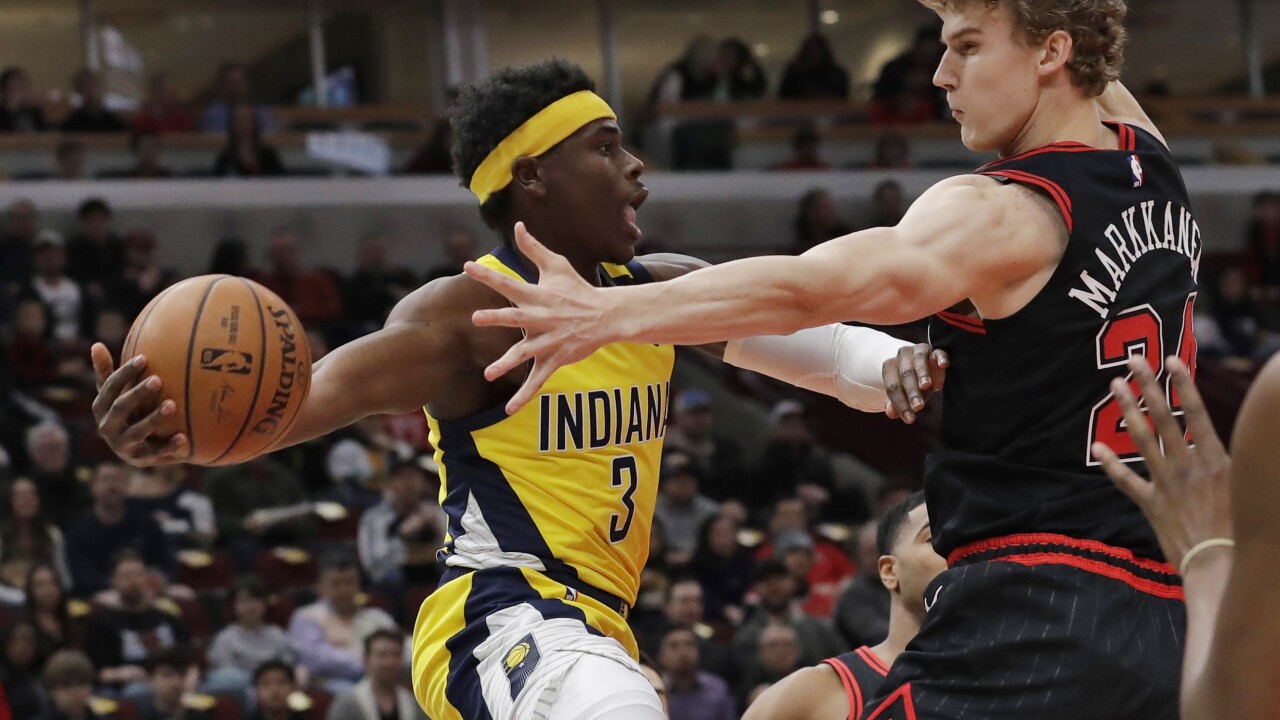 The win is the Pacers seventh in nine games and moves the team into a tie with Philadelphia for the fifth Eastern Conference playoff spot.

A strong second quarter put Indiana in front at the half 62-46, and the lead was 17 going into the final period.

The Pacers managed to hold off the Bulls in the closing moments of the game when Chicago pulled to within six points.

Domantas Sabonis had 24 points and 12 rebounds to lead Indiana. Victor Oladipo added 16 for the 38-25 Pacers who close out a five-game road trip at Dallas on Sunday.