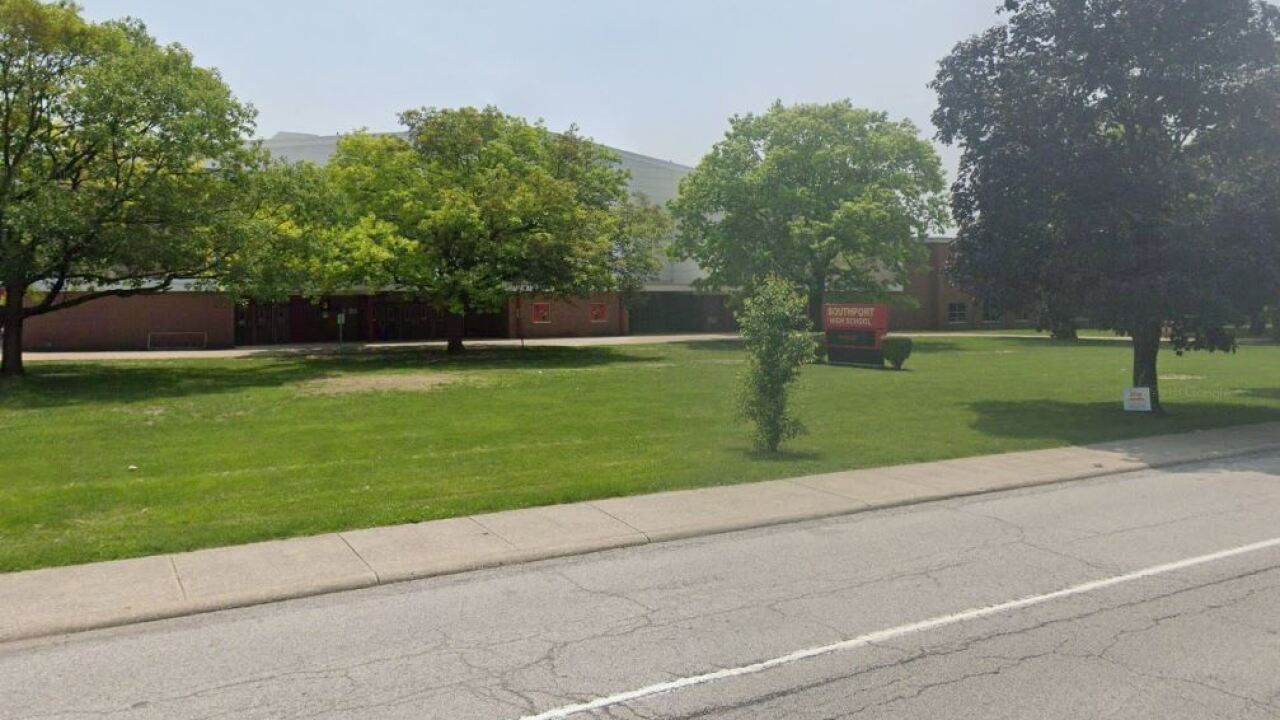 INDIANAPOLIS — The Southport High School boys basketball team will not be able to compete in this year's state tournament, after the team was penalized the the Indiana High School Athletic Association over recruitment violations.

According to a press release issued by the IHSAA Monday morning, Head Coach Eric Brand provided a tuition payment to Perry Township Schools on behalf of a player from the Democratic Republic of the Congo and Perry Township accepted the the payment.

The payment was a violation of Rule 20-1 (see below) of the IHSAA by-laws, according to the association.

The IHSAA has penalized the Southport High School boys basketball team for that violation by removing them from this year's state tournament, ruling the player in question ineligible for the season and placing the entire athletic department on probation for the next year.

As a corrective action in response to the violations, Southport High School has also suspended Brand for two games.

Perry Township SChools released the following statement in regards to the IHSAA decision.

"Perry Township Schools and Southport High have been cooperative and fully transparent throughout the IHSAA investigation. We are disappointed in the Commissioner’s findings and will evaluate our right to appeal portions of the report and penalties. Student safety, academic success, and compliance are the primary goals of our schools. In this case, we believe the high school’s actions were consistent with those values, and we will continue to move forward in full compliance of IHSAA rules."

You can read the full report from the IHSAA HERE.