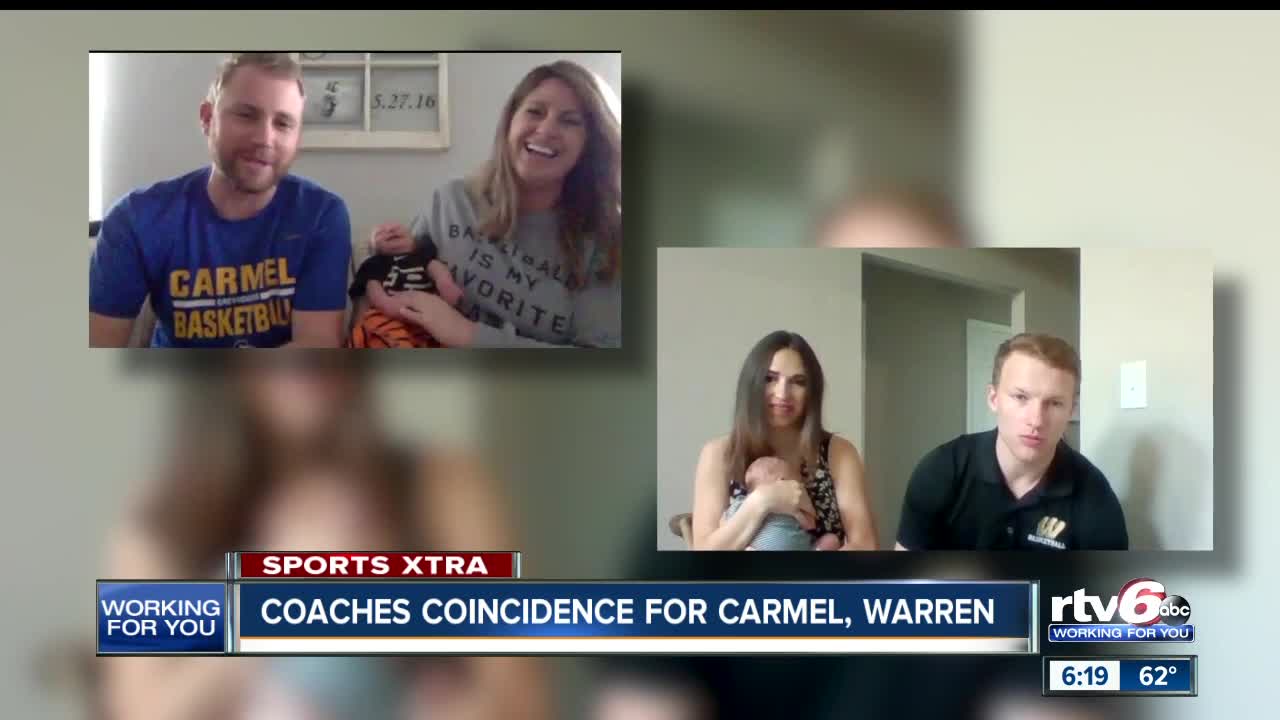 INDIANAPOLIS — If you're looking for two of the winningest high school baseball programs over the past few years, look no further than Carmel and Warren Central. And a pandemic isn't about to slow that down.

Little did they know, each was happening two doors down at the same hospital.

Howell said they ran into each other while each was coming back from grabbing some food.

What are the odds?

Howell has been at Ryan Osborn's side at Carmel for a few seasons with the Greyhounds winning last year's state title. Winegar was an assistant at Warren Central for three seasons, helping the 2018 title team before becoming head coach. But that's nothing compared to the roles they're in now.

It's all a part of their new normal now. Two boys, two doors apart and two programs that know a thing or two about winning.

"Probably the winningest matchups in the state over the last four years, so for us to be having a baby boy the same week but also to be at the same hospital," Winegar said.

"I told him before every game that we coach against each other, we're going to have to get a father-son picture and see how they grow throughout the years," Howell said.