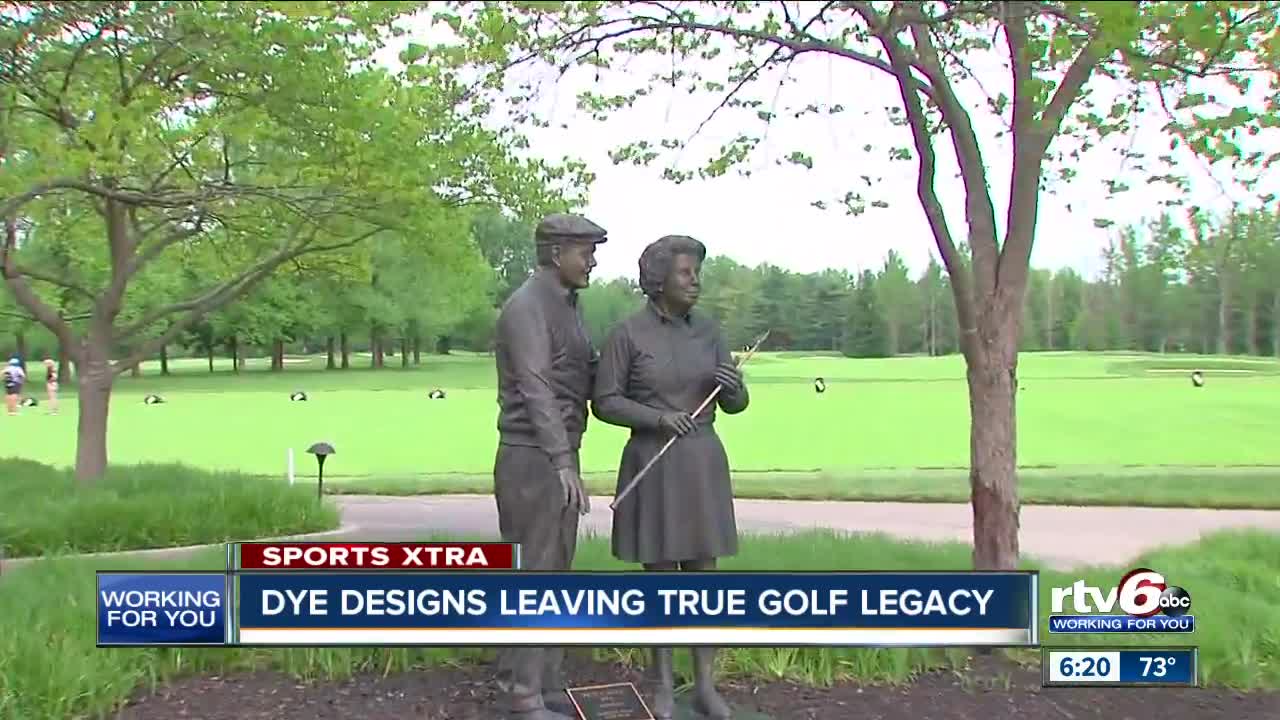 CARMEL — Crooked Stick Golf Club in Carmel is set to host the prestigious Western Amateur this week, one of the many high-profile tournaments being played on Pete Dye courses around the world.

The 94-year-old died last January, his wife, Alice, a year before that, but they leave behind a lasting legacy in golf course design, namely in Indiana, where they called home.

There's no lack of memories of Pete Dye and certainly not of Pete and his wife, Alice.

"They were a great team," Tony Pancake, director of golf at Crooked Stick, said. "Alice brought a perspective that Pete didn't see and Pete brought his genius that Alice couldn't imagine. None of us could imagine some of the things he came up with."

It includes the famous island green on the 17th hole at TPC Sawgrass in suburban Jacksonville, Fla. In fact, there's a quote from Pete on the first tee of the PGA Tour's anchor facility. It says, "It's a great bit of personal satisfaction to be asked by the tour members to build their golf course."

"For sure probably the most familiar with Pete Dye golf courses," Patrick Rodgers said.

Avon's Rodgers gets to see plenty of Dye courses on the PGA Tour and has seen them for years, playing Pete's many designs in Indiana.

"I don't think I realized how quirky they could be having grown up on so many Pete Dye golf courses in central Indiana but I definitely feel at home on the genius or the madness behind a Pete Dye design," Rodgers said.

Rooted in a trip to Scotland in the 1960s, the designs share a mixture of big bunkers, small bunkers, deep bunkers, the use of cross-ties, sharp angles, combining the physical and the mental.

"Gosh, most of them you can't put on tape," Bobby Weed, said.

Weed is one of Pete and Alice's famous design proteges with courses from coast to coast, including a redesigned Culver Academies Golf Course in northern Indiana, voted one of the top nine-hole courses in the country.

"As great a legacy as Pete has with his golf courses, an equal legacy of Pete will be all the people he mentored and touched and brought into this game," Weed said. "And we will continue to carry that on as well."

From Sawgrass to Harbor Town to Indiana's Brickyard Crossing, Crooked Stick and The Pete Dye Course at French Lick, Pete and Alice Dye seemingly overlook it all.

"His boldness and brashness, to not being afraid to try stuff out of the box," Rodgers said. "I've always been very proud that he's a Hoosier."

"What a privilege it was to know them," Pancake said. "And for us here at Crooked Stick this is their baby. It's what they called it. It's pretty special."

Leaving behind a lasting legacy.